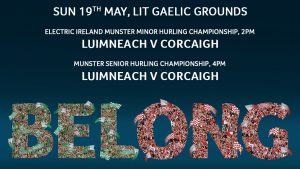 Cork defeated Limerick by 1-26 to 1-19 in the 2019 Munster Senior Hurling Championship on Sunday May 19th at the LIT Gaelic Grounds, Limerick.

REPORT: @OfficialCorkGAA deliver a dynamic second half display to defeat @LimerickCLG in the @MunsterGAA Championship at the Gaelic Grounds!

Report By Cian O’Connell at the LIT Gaelic Grounds for GAA.ie

Suddenly all sorts of exciting summer possibilities exist for Cork.

Having endured such a disappointing opening weekend defeat on home turf against Tipperary, John Meyler’s charges summoned a hearty display to defeat the All Ireland champions at the Gaelic Grounds.

There was so much to admire about the manner in which Cork thundered into this revealing encounter and by the end the visitors were worthy seven point victors.

Daniel Kearney craved involvement mining four points, a tally matched by the immense Seamus Harnedy, who strained every sinew for the Cork cause.

Inside Alan Cadogan carried a potent threat and Patrick Horgan struck 1-9 with the Glen Rovers talisman blasting the crucial 52nd minute goal which was the decisive moment in an action packed afternoon.

Tight initially Limerick edged 1-8 to 0-8 ahead in the 27th minute when Graeme Mulcahy rifled an opportunistic goal when gathering a Declan Hannon attempt before unleashing a blistering drive to the back of the Cork net.

Graeme Mulcahy gets a super goal for @LimerickCLG from a tight angle! pic.twitter.com/EPqonuFFMA

Cork came within a whisker of an immediate response, but Nickie Quaid bravely denied Harnedy as Limerick survived a scare.

Still by the time the interval rolled around Limerick were fairly content to depart armed with a 1-11 to 0-12 interval advantage.

Worryingly, though, for the green and outfit Cork were crafting chances which was confirmed by their 1-26 total from 44 shots during the game.

Six of the first eight second half scores enabled Cork to move 0-18 to 1-13 in front with Kearney becoming increasingly influential.

An Aaron Gillane free trimmed the gap to the minimum, but Cooper’s delivery found Horgan, who made the Limerick net dance with 18 minutes remaining.

With momentum increasing and confidence rising Cork clipped three of the next four points courtesy of Alan Cadogan, Harnedy, and Luke Meade.

Tom Morrissey’s 62nd minute point was one of two Limerick second half scores from play as Cork dictated the agenda late on.

Fittingly Horgan, Kearney, and Dalton contributed in the dying embers as Cork left Limerick with the spoils pocketed and a prized scalp taken. Further drama is imminent down south.

Stand Tickets for this game have now sold out. Clare End Terrace tickets only will be available for sale outside the LIT Gaelic Grounds from 12:30pm today or you can buy tickets for both terraces now via Centra and Supervalu outlets while stocks last 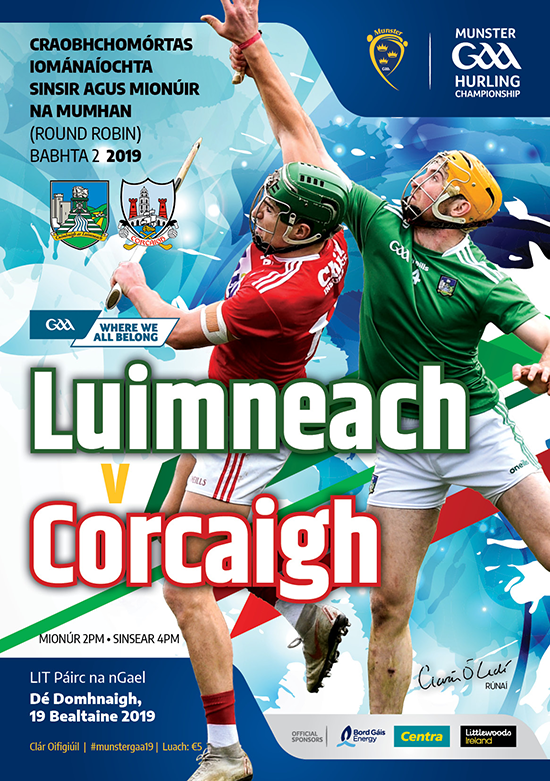 They served up two of the best games in last year’s championship, both finishing level in normal time. They drew in the Munster ’round robin’ game in Pairc Ui Chaoimh and were level again after 70 minutes in the All- Ireland semi-final before Limerick powered to victory in extra-time.

This will be Limerick’s first outing in Championship 2019 while Cork have already loast a game, going down to Tipperary by 2-28 to 1-24 in Pairc Ui Chaoimh last Sunday.

*Limerick go into the championship as All-Ireland and Allianz League champions. Other than Kilkenny, no other county has done that since Galway in 1989.