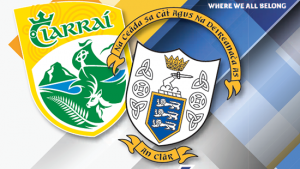 Kerry defeated Clare by 1-16 to 0-11 in the 2019 Electric Ireland Munster Minor Football Championship Phase 2 on Thursday May 23rd at Austin Stack Park Tralee.

It was another satisfying evening in the Electric Ireland @MunsterGAA Minor Championship for @Kerry_Official who defeated @GaaClare!

Kingdom charge on to another date with Cork

Kerry and Cork will contest the Munster MFC decider on June 22 after Clare failed to spring the necessary upset in Tralee yesterday evening. The Banner needed to collect the two points on offer to leapfrog Cork in the Phase 2 table, but their failure to capitalise on a single one of the three excellent goal chances they manufactured in the first half cost the visitors dearly, as they were unable to rein in their opponents after falling adrift towards the end of the opening period.

Kerry’s second victory of the campaign, the county’s 32nd in a row at minor level, advances them to an eighth consecutive Munster minor final, where James Costello’s charges will bid to make it seven provincial titles in a row for the green and gold.

As noted, the hosts endured quite a nervy start as they were time and again cut open by a Clare side playing their sixth game of the campaign. The Banner’s first green flag opening of the evening arrived just minutes in, with Shane Meehan touching a Jamie Stack delivery beyond keeper Devon Burns and towards the Kerry net, only for Adam Curran to get back in the nick of time and sweep the ball off the line and away to safety.

Burns, somewhat at sea for Clare’s first goal chance, redeemed himself when the Kingdom rearguard was breached for a second time, the Kerry number one pulling off a superb save to keep out Brendan Rouine’s shot from close range. And the keeper was again the Kerry hero when repelling a Shane Meehan effort later in the half.

By this juncture, the home side had forged 1-6 to 0-2 in front, Costello’s young troops requiring only one sighting at goal before the umpire at the Dunne’s End was reaching for the green flag. This contest’s sole major stemmed from a Gearoid Hassett point attempt on 10 minutes which fell short, Emmet O’Shea’s deft touch guiding the ball into the roof of the Clare net.

Clare, who managed just one first-half point from play, that from the aforementioned Garry, found themselves 1-8 to 0-3 behind at the break and for all their missed goal chances, Kerry had been similarly wasteful, kicking six first-half wides.

The second half, in truth, never more than ambled along to its inevitable conclusion. Shane Meehan, not as menacing as he had been against Cork last week, did kick three points during the first eight minutes of the second period, but the gap, rather tellingly, was never closer than six.

The Banner, though they did ask questions of the Kerry defence, will have been disappointed with their paltry return from play. Overall, mind you, this group will no doubt benefit from the six games they’ve played since the beginning of April.

For Kerry, Geaney, by far their most impressive forward on the evening, O’Shea, O’Connor, and subs Dylan O’Callaghan and Ryan O’Grady saw them home with eight to spare.

Their Munster final rematch with Cork is unlikely to be as one-sided as their 3-19 to 1-9 meeting a fortnight ago, but for how long the Rebels can live with this Kerry team remains to be seen. That Kerry have won their opening two games of the summer by an aggregate total of 24 points suggests this latest crop won’t be far off come the business end of the championship.

Best of luck to our Minors 💚💛 pic.twitter.com/9ryySoHOmi 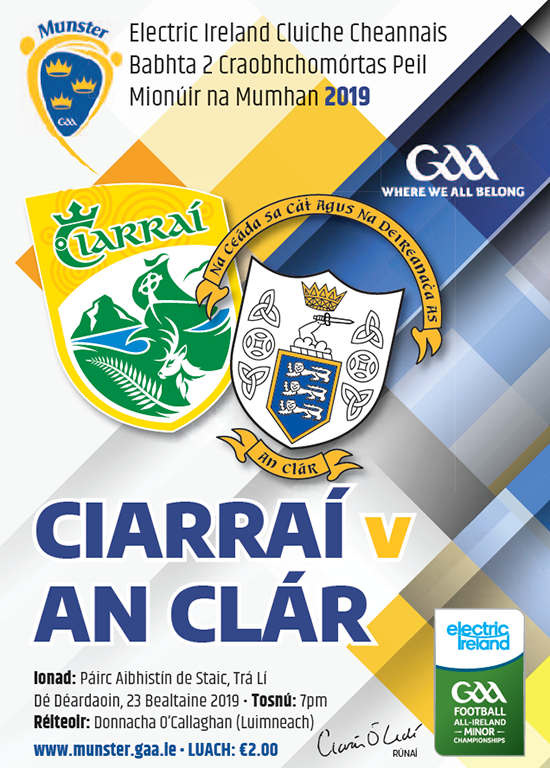