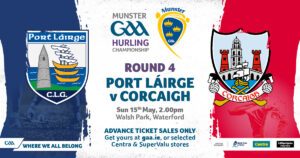 Cork defeated Waterford by 2-22 to 1-19 in the Munster Senior Hurling Championship on Sunday May 15th at Walsh Park Waterford.

REPORT: @OfficialCorkGAA stormed back into the Munster SHC with a highly impressive victory over @WaterfordGAA this afternoon. #GAABelong

Cork stormed back into Munster Championship contention thanks to a win that was even more commanding than their six-point margin of victory suggested.

Inspired by Conor Lehane and Seamus Harnedy, Kieran Kingston’s side engineered a first provincial championship win for the Rebels at Walsh Park since last they met at this venue in this competition back in 1975.

With the breeze in their favour in front of a 10,986-strong gate, Cork held a slender 1-12 to 1-11 advantage following a first half which ebbed and flowed in either direction.

Waterford led by 0-6 to 0-2 after 13 minutes having struck four unanswered white flags, with Stephen Bennett’s free-taking eye clearly well calibrated during the opening half.

But the Rebels roared back into contention to lead by 1-6 to six points by the 22nd minute, with Alan Connolly reacting well to Shaun O’Brien’s save to find the net following assistance from Darragh Fitzgibbon and Robbie O’Flynn.

But Waterford recovered well and were back in front by the 27th minute thanks to a goal from Michael Kiely following excellent approach play by Dessie Hutchinson and Patrick Curran.

Between then and the break, the game swung one way and then the other, with long distance points by Cork goalkeeper Patrick Collins and Mark Coleman particularly catching the eye. While Waterford had shown enough in the first half to suggest they could turn the tide after the interval, Cork had other ideas entirely.

Points from Patrick Horgan, on the day he became the Championship’s all-time leading scorer and substitute Shane Kingston, extended Cork’s lead before Patrick Curran and Stephen Bennett (a free) pointed to reduce the arrears.

Waterford struggled to develop any meaningful level of rhythm while Cork kept the scoreboard working through Seamus Harnedy’s brace of points in the 44th and 49th minutes respectively.

Deise substitute Neil Montgomery found his range in the 50th minute and when Austin Gleeson pointed barely a minute later, the home crowd found its voice once more.

The next score felt like it would prove critical and so it did, as Alan Connolly, played in by Harnedy following a sweeping upfield move, goaled for the second time to leave Cork four clear.

Lehane and Curran (after much deliberation among the officials) traded points in the 66th and 68th minutes and when Shane Bennett found his range with just a minute of normal time remaining, the hosts still had a sniff.

But with the extra man and a level of confidence they’d not demonstrated against either Limerick or Clare, Cork finished much the stronger with a brace from Lehane and a brilliant catch and shot by Harnedy hammering home the Rebels’ advantage.

And so a Super Sunday now awaits, with Cork taking on Tipperary in Semple Stadium while a deflated Waterford will head to Cusack Park (both 4pm throw-ins) for a match they know they must win.

For those travelling to Walsh Park this Sunday be sure to plan your journey well in advance!

Vital matches take place in the Leinster and Munster SHC 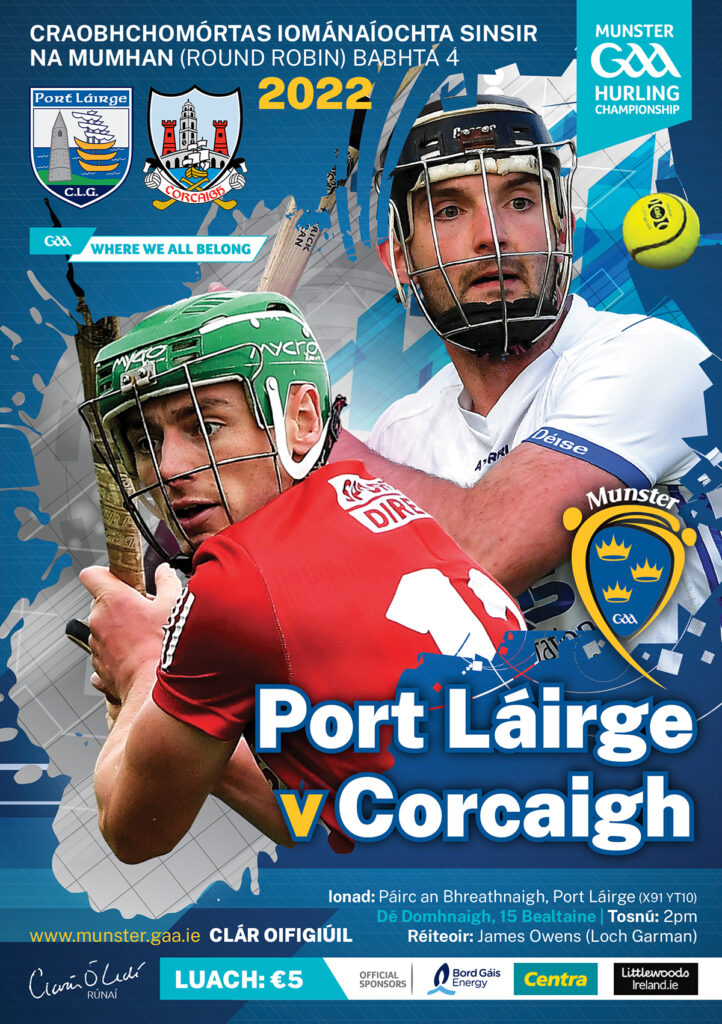 The Cork Senior Hurling team to play Waterford in Munster Senior Hurling Championship Round 4 has been announced https://t.co/YAg5xRIl2z#SportsDirectIreland #BorntoPlay pic.twitter.com/oOak2Iv6Ia

Best of Luck to Liam Cahill, his management team and all the panel!#deiseabú
⚪🔵 pic.twitter.com/8LqhhSicDS