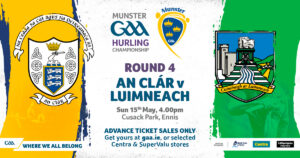 Clare and Limerick finished level at 0-24 to 1-21 in the Munster Senior Hurling Championship on Sunday May 15th at Cusack Park Ennis.

REPORT: @GaaClare and @LimerickCLG produced a thrilling draw in Cusack Park today that ensures they'll play one another again in the Munster SHC Final. #GAABelong

Report By Eoin Brennan in Cusack Park for GAA.ie

Clare and Limerick will have to do it all over again in three weeks time in the Munster Final after sharing the spoils in thrilling fashion in front of 18,129 in Cusack Park, Ennis.

With never more than a puck of the ball between the neighbours at any stage, this was a rip-roaring end-to-end match-up that could have gone either way but in the end, proved satisfactory for both to protect their unbeaten championship records.

With the lead changing hands ten times, it was a compelling Shannonside derby, lit up by Tony Kelly’s 16 point haul for the home side and Diarmaid Byrnes’ remarkable freetaking accuracy to keep the champions in the mix.

Indeed, it was Byrnes’ injury-time free that equalised for the final time to give his 14 man side a lifeline after Gearoid Hegarty had been dismissed for a second yellow in the 64th minute.

The major score of the opening period was Kyle Hayes’ 15th minute goal after a great run from Conor Boylan but it was sandwiched by seven Clare points, five from the rampant Kelly, to edge the home side 0-10 to 1-5 in front by the 21st minute.

A David Reidy free and an inspirational Byrnes point from play regained parity, a position that would remain at the break after Tony Kelly’s 12th point of the half cemented a 0-15 to 1-12 deadlock.

Kelly resumed with four of the first six points of the new half to inch Clare back in front at 0-19 to 1-14. However, after Diarmaid Bynes levelled matters for the tenth time with a monster free from his own ’65 in the 55th minute, it was Limerick that seemed to be the ones to set the pace as on three occasions, they nudged in front only to be pegged back each time by their stubborn hosts.

Hegarty’s dismissal made it advantage Clare it seemed, particularly after Ryan Taylor put the Banner into the ascendency as the tie drifted over the hour mark.

True to form, the 14 man holders refused to panic, with Byrnes’ last gasp free levelling the tie for the 14th time, a fitting way to tee up their provincial final rematch on the first Sunday in June.

Interview with man of the match Tony Kelly

Tony Kelly relished the occasion with Limerick today but the Clare star knows it will be even greater in the Munster final. #sundaygame pic.twitter.com/X12XHt9F2C 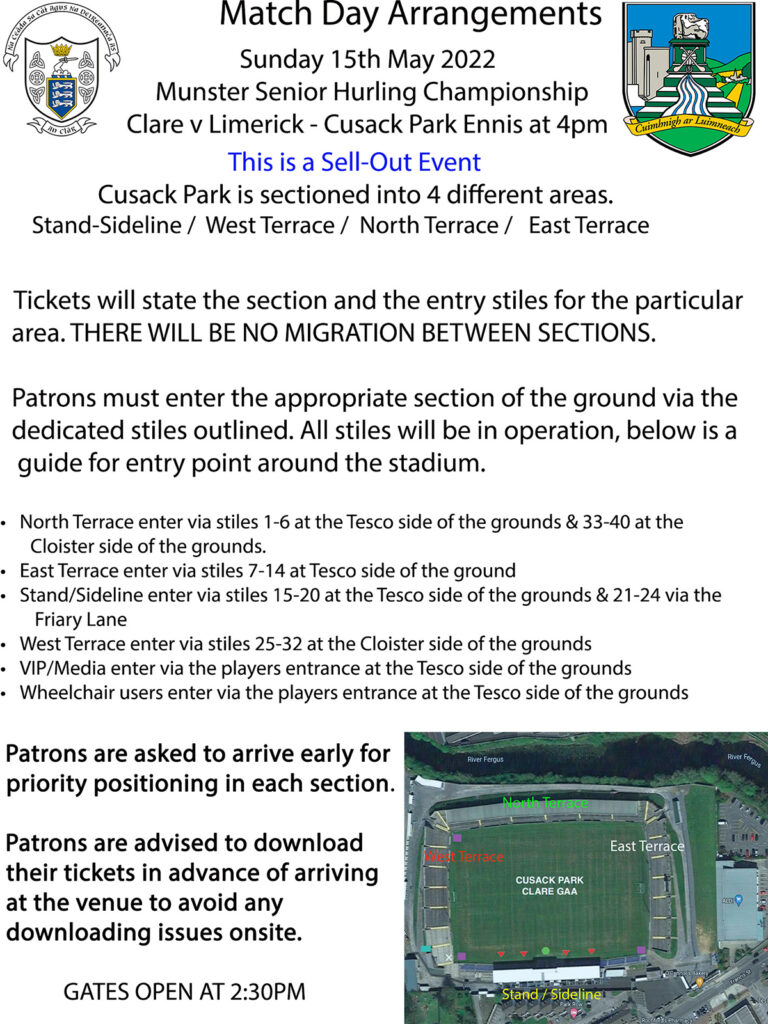 Vital matches take place in the Leinster and Munster SHC 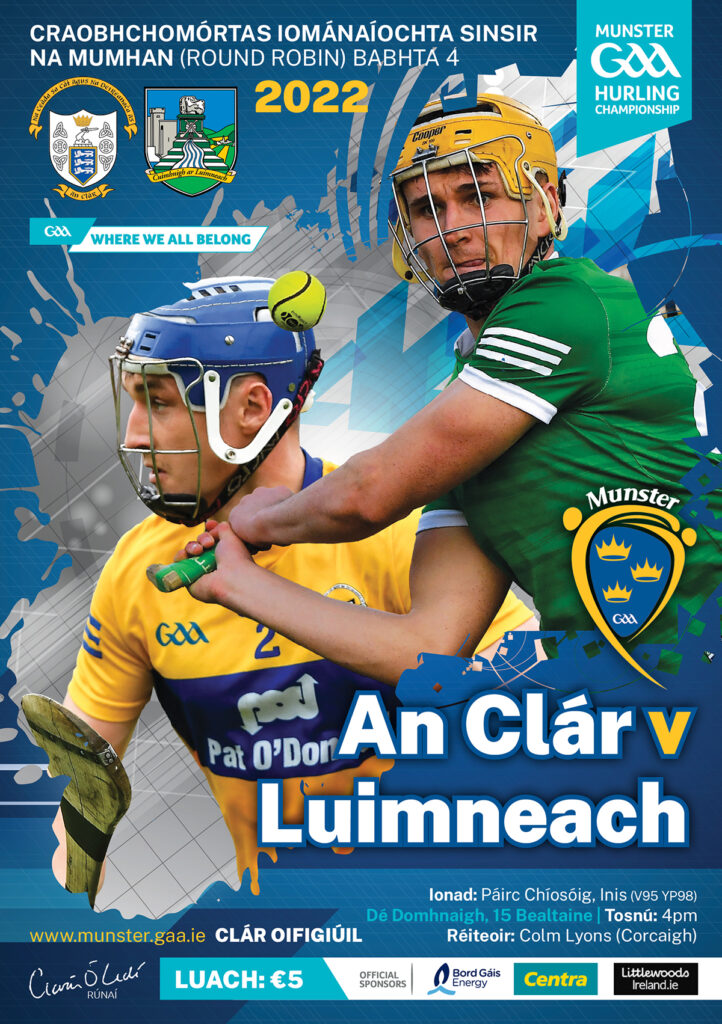 Let’s go lads ….
Clare have named their team to face Limerick in Round 4 of the Munster SHC on Sunday. #UptheBanner pic.twitter.com/x5vqln7K9b