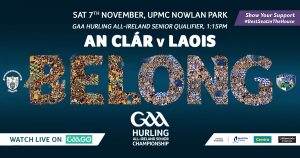 Clare defeated Laois by 0-27 to 3-17 in the All-Ireland Senior Hurling Championship Qualifiers Round 1 on Saturday November 7th at UPMC Nowlan Park Kilkenny.

REPORT: @GaaClare just about resisted a late @CLGLaois comeback to book their place in Round 2 of the All-Ireland SHC qualifiers. #GAA #GAABelong

Brave Laois came up just short of a major shock in the All-Ireland hurling championship with a huge display that pushed 2013 winners Clare all the way at Nowlan Park.

Tony Kelly’s 0-13 haul proved significant in this Round 1 qualifier while defender Rory Hayes blasted the long range point for Clare in the 69th minute that would ultimately separate the sides.

It was tough on Laois who fought gamely and turned a seven-point deficit in the final quarter into just one in stoppage time but the full-time whistle came just too soon for them.

Clare played the second-half with 14 men following the straight red card dismissal of David McInerney late in the first-half.

They led by seven at half-time and after weathering a Laois storm in the third quarter were still seven ahead with 55 minutes on the clock.

But they were outscored by 1-6 to 0-3 from there with Aaron Dunphy’s 69th minute goal for Laois, their third, giving them real hope of a major upset while they also shot the last three points of the game.

The 2019 McDonagh Cup champions went with a sweeper again, deploying Jack Kelly in the role, while Padraig Delaney got the onerous task of man-marking Banner attacker Kelly and the pair had a terrific duel.

Former All-Ireland winner Kelly escaped his man for three first-half points from play and added seven more from frees as Clare took a 0-16 to 1-6 lead at the interval but Delaney was influential late on as Laois rallied and contributed directly to two important points.

Colin Guilfoyle and Paul Flanagan made their full Championship debuts for Clare while Aron Shanagher and Aidan McCarthy, who both came on in the Munster championship defeat to Limerick, started too.

Guilfoyle and Shanagher were both on the mark in the first-half too though Clare took their time to break free of a determined Laois.

The underdogs led at the first water break and the sides were level on three occasions up to the 20th minute.

Ross King’s fourth minute goal gave Laois hope when he volleyed in from close range after Aaron Dunphy’s initial shot hit the ground and bounced up kindly for him.

But free-taker King was taken off in the 23rd minute, with an apparent injury, and was replaced by Paddy Purcell, another key player who surprisingly didn’t start.

Mark Kavanagh did at least start and the team’s top scorer from their 2019 Championship defeat of Dublin showed his ability with a point from a sideline cut late in the first-half.

Clare dominated Laois in the second quarter of the game and outscored the Leinster outfit by 0-9 to 0-2 from the 20th minute to seize the momentum and that seven-point half-time lead.

Laois were much improved initially after the restart and got the margin down to two points on a couple of occasions.

James Keyes sniped a brilliant goal for Laois early in the second-half when he came charging through at speed and, sensing they needed a three-point, took on the defender and blasted to the far corner.

With 44 minutes on the clock, Clare only led by 0-18 to 2-10 but back to back Kelly points and the same from Shanagher left the Munster men in the clear again and six ahead at the second water break.

Clare got the margin out to seven points and appeared to be in a strong position but were put to the pin of their collar late on as Laois finished superbly. 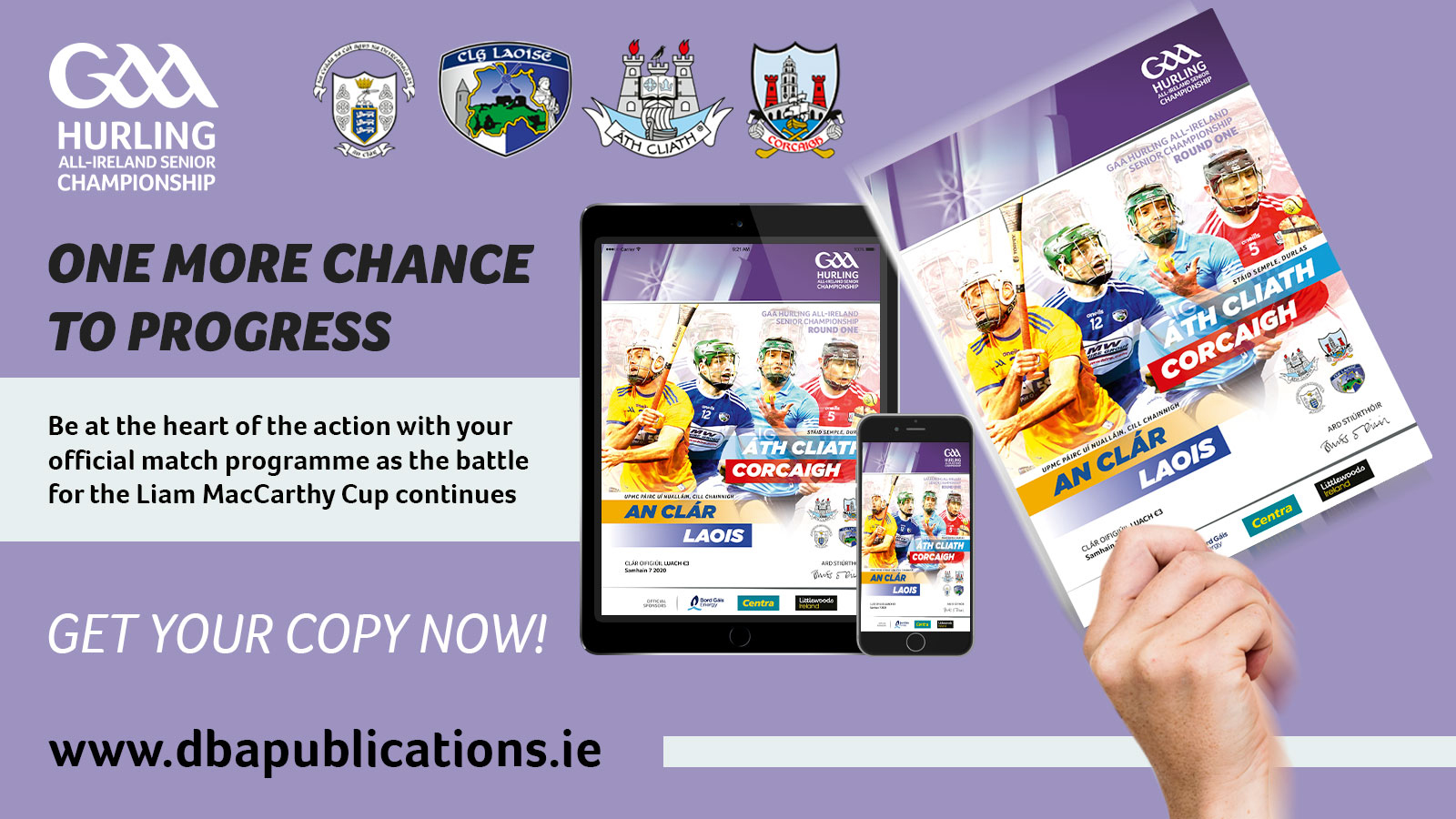