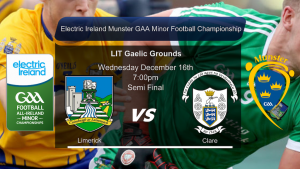 Clare defeated Limerick by 4-20 to 1-10 in the Electric Ireland Munster Minor Football Championship Semi-Final on Wednesday December 16th in the LIT Gaelic Grounds.

A goal inside the first 20 seconds teed up this facile 19-point victory for a Clare side that booked the county’s passage to a third provincial final date against Kerry in four years.

Those previous two outings against the Kingdom are best forgotten such was the gulf in class between the sides, but on this evidence Clare could be much more competitive when the sides meet next Tuesday night.

The goal, which was brilliantly rolled to the net by right-half-forward Dylan O’Brien after an intricate attacking move that was launched from the throw-in set the tone for a predictable night under the Gaelic Grounds lights.

Clare had confidence and won as they pleased, while Limerick were slowly reduced to just watching on as their hopes of reaching a first final in 22 years ended before they really began.

A second Clare goal from full-forward Craig Riordan helped Clare into a 2-4 to 0-1 lead by the first water break, while all six forwards were on the scoresheet by half-time as Dermot Coughlan’s side maintained their nine-point advantage.

The Banner County’s spread of scores contrasted sharply with that of a Limerick side who’s only first half-scorer was corner-forward David O’Shaughnessy, as they trailed 2-7 to 0-4 at half-time.

Clare backed up their 20-point victory over Tipperary with another display that was built on collective hard work in defence as they tracked back in numbers, midfield domination and a busy forward line with a cutting edge in front of the posts.

It was more of the same in the second half, with a brace of goals from centre-forward Cillian McGroary inside the first seven minutes helped a rampant Clare side ease into a 4-12 to 0-8 advantage by the second water break, while not even a late Limerick goal from a Gary Sheehan penalty could stave off what was an annihilation. 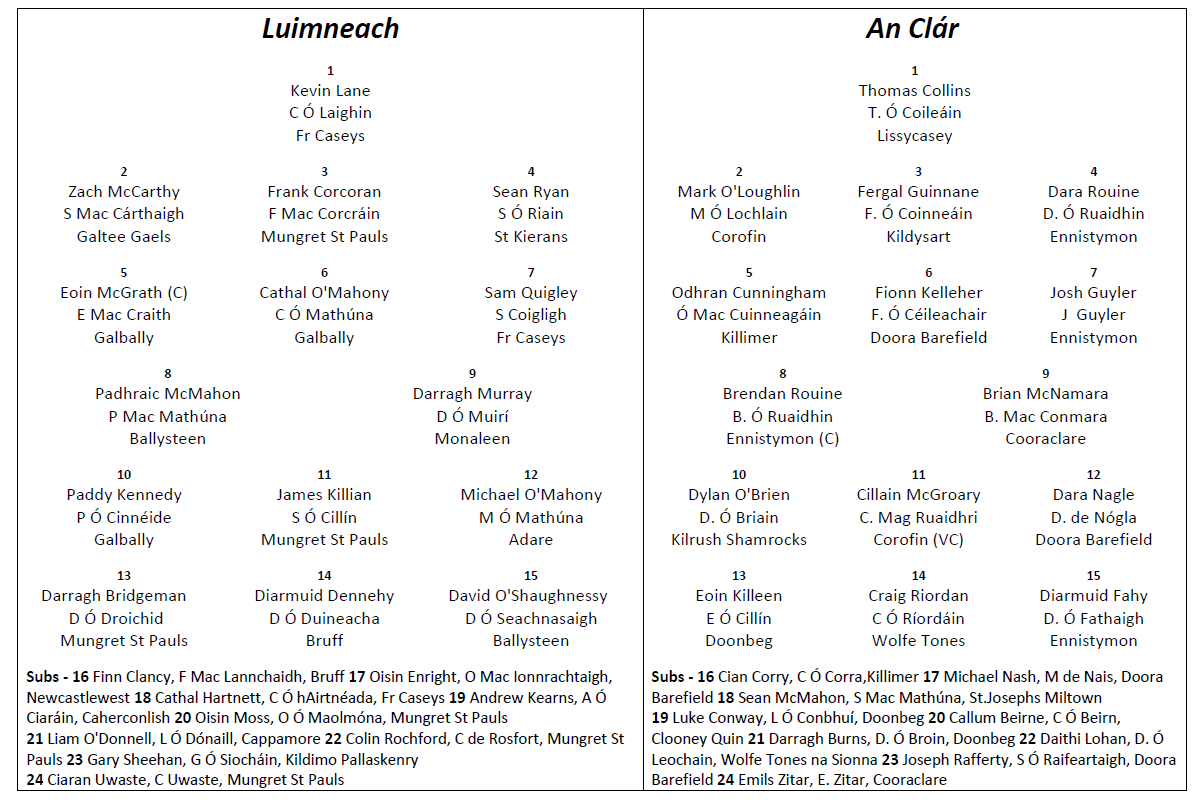 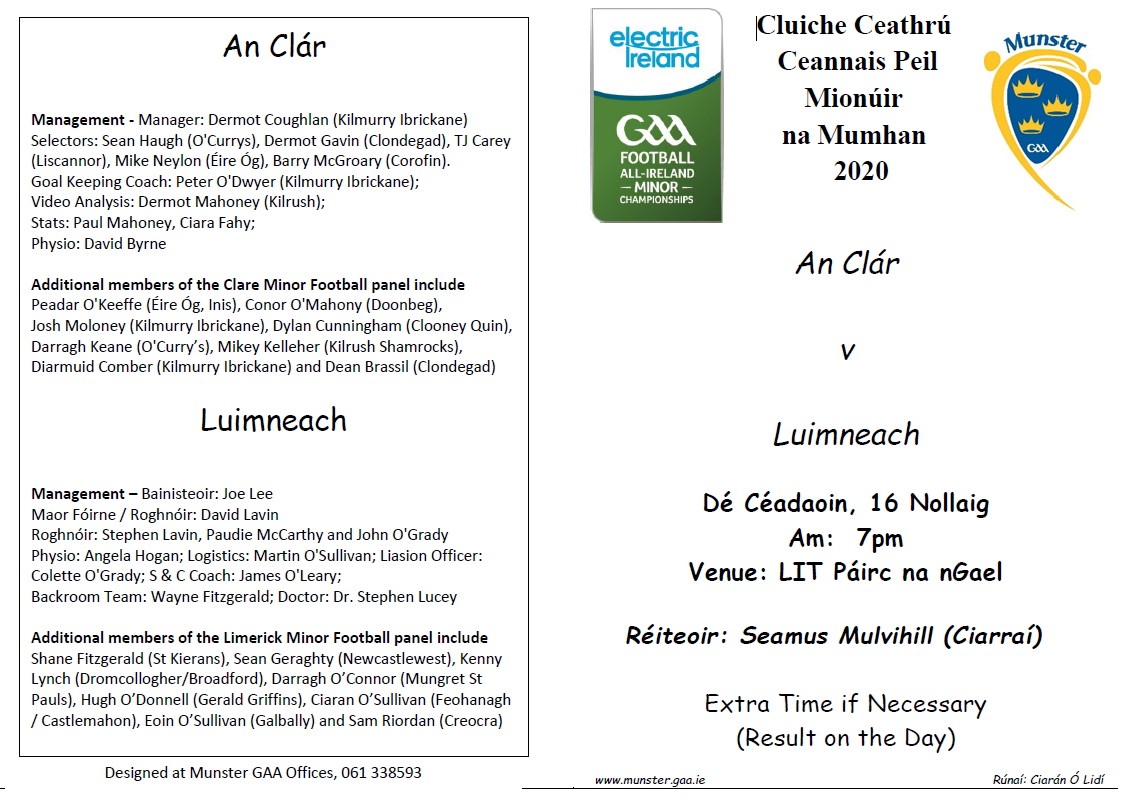