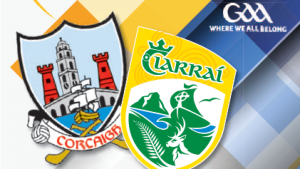 Four unanswered points in the second period of extra-time sent Kerry through to a ninth consecutive Munster MFC final after this dramatic semi-final contest against Cork.

Level at 1-14 to 0-17 at the quick change of ends, Kerry made the decisive break when Jordan Kissane and sub Darragh O’Sullivan (three frees) kicked four without reply to open a gap Cork did not have time to bridge.

Kerry’s latest minor championship win over Cork extends their winning run over their neighbours at this level which stretches back to 2013.

Cork sub Aaron Sheehy’s point in the fifth minute of second-half injury-time meant extra-time was required, the second-half replacement – and son of RTÉ journalist Paschal Sheehy – holding his nerve after fellow sub Ciarán McCarthy decided not to take aim with a free from just inside the 45-metre line.

Sheehy’s score was Cork’s first in almost a quarter of an hour, a period during which Kerry corner-forward Cian McMahon threw over five unanswered points (four frees) to nudge the hosts in front, 0-15 to 1-11, four minutes into second-half stoppages. Bobbie O’Dwyer’s side kicked away 1-1 in the minutes before Kerry momentarily assumed the lead.

Cork’s three-point interval lead was somehow still intact come the second water break (1-10 to 0-10), Kerry left scratching their heads at how the gap had not closed one jot after a third-quarter dominated by James Costello’s young troops.

Kerry cancelled out the green flag with three unanswered white flags from Cian McMahon, Oisín Maunsell and a mark from sub Darragh O’Sullivan, but Kingdom efforts to regain parity were time and again frustrated as Keith Evans and sub Cillian Burke had goal shots blocked by last-ditch interventions from a red shirt.

Cork were full value for their 0-9 to 0-6 interval lead. Indeed, were it not for one or two avoidable turnovers that ended in scorable Kerry frees, the visitors to Tralee might have enjoyed a greater advantage turning around for the second period.

It was a real lively opening half an hour from Bobbie O’Dwyer’s charges, their busy and direct approach complemented by a string of brilliantly taken long-range points.

Ruairí Burns had Kerry off the mark after 67 seconds, but the Kingdom would not score again from play until the 18th minute. Cian McMahon could have had a goal during this period, Cork ‘keeper Callum Dungan proving equal to the shot. Dungan was also alert to tip over a dipping William Shine free.

Four-in-a-row from Sean Brady, Conor Hanlon (two frees) and Hugh O’Connor, either side of a pair of Kerry frees, propelled Cork into a 0-5 to 0-3 lead at the first water break. The respective kicks by Brady and O’Connor were straight out of the top drawer.

Cork stretched their lead upon the resumption of play, dual player Colin Walsh who featured for the Cork minor hurlers at the weekend landing three points between the 18th and 21st minute.

There was still a long road to travel in this semi-final, but as has been the case at this level since 2014, it was Kerry who edged out their neighbours. 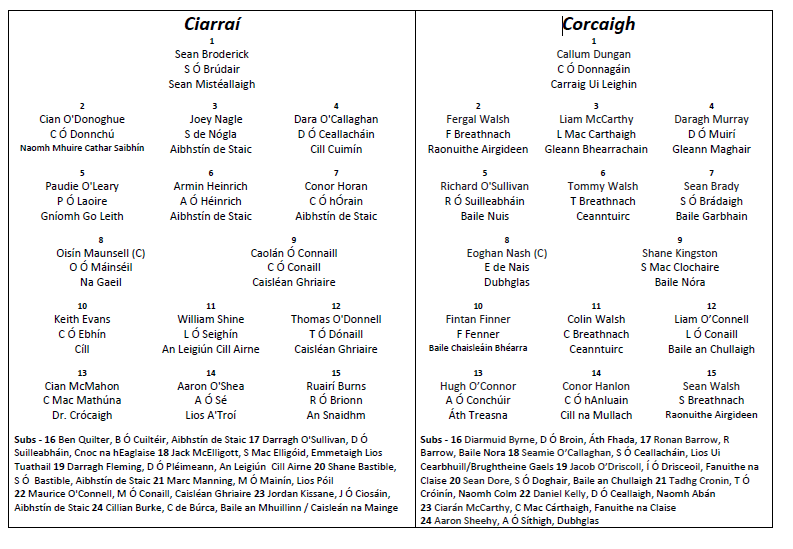 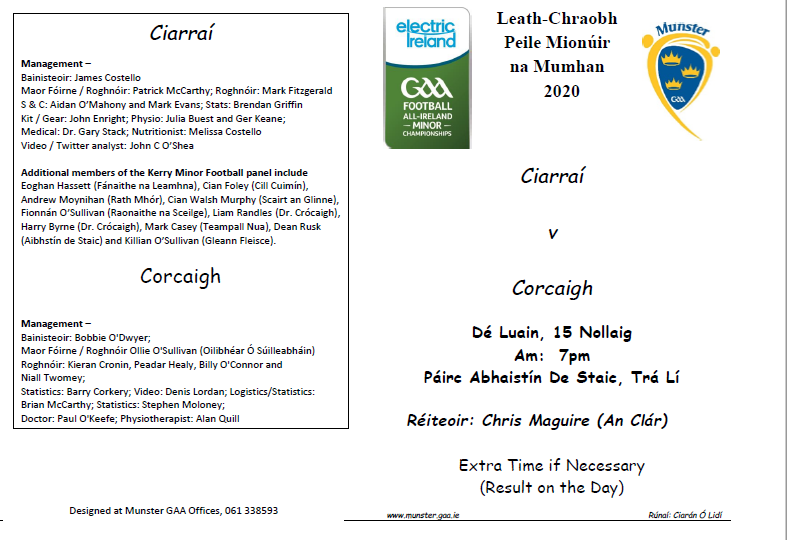 The Cork Minor Football Team to play Kerry in the @ElectricIreland Munster Football Championship has been announced. https://t.co/dVaq9sLOrR