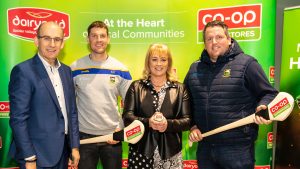 Clare defeated Tipperary by 2-17 to 1-19 in the 2020 Co-Op Superstores Munster Hurling League on Sunday December 15th at MacDonagh Park Nenagh.

Report By Michael Moynihan for the Irish Examiner newspaper

Watch the Full Game via the link below

Clare defended the scoreboard end in the first half but the home side opened the scoring with a Jason Forde sideline cut. Forde was the dominant personality of the first half, hitting points from all angles, and the Silvermines man helped Tipp to a 0-6 to 0-3 lead after ten minutes.

Clare hit two goals to take the initiative: on 13 minutes Ian Galvin read the break perfectly to solo through and finish from close range, and four minutes after that a clever Podge Collins pass ended up with Seadna Morey, who also found the net: 2-4 to 0-8 at the end of the first quarter.

The intensity dropped, with Forde hitting two more points while Galvin and Niall Deasy adding two for Clare: 2-6 to 0-10 at the break.

Paul Flynn opened the scoring in the second half for Tipperary and Collins responded for Clare. Forde cut another sideline over the bar before Tom Fox cracked in a good Tipp goal: 1-12 to 2-7 on 40 minutes, but Deasy tied the game up five minutes later.

Tipp were two ahead, 1-15 to 2-10, turning into the final quarter, and Forde’s accuracy kept daylight between them. Deasy cut the lead to one with two minutes left, however and subs Cathal McInerney and Aidan McCarthy gave them the lead – and a dramatic win to open Brian Lohan’s reign as manager.

Here's Liam Sheedy's reaction as Tipperary got their 2020 campaign under way today. pic.twitter.com/swWFpzT3zo