Kerry defeated Limerick by 0-18 to 1-3 in the 2019 EirGrid Munster Under 20 Football Championship Semi Final on Thursday July 11th at Austin Stack Park Tralee.

REPORT: @Kerry_Official through to EirGrid Munster U-20 Football Final after outclassing a game @LimerickCLG team.

As expected, Kerry booked their place in the EirGrid Munster Under-20 football final with a comfortable win over Limerick, which sets the Kingdom up with the chance of making it three provincial titles in a row when they play either Cork or Waterford a week from tonight.

From the get go the home side were in full control of matters, and when Donal O’Sullivan converted a second minute free kick Kerry were never behind in the game again. O’Sullivan was imperious at full forward – he kicked four from play in the first half and another four in total after the interval – but Kerry were simply better in every position.

Kerry were three points to the good when James Molyneaux got Limerick’s first score in the eighth minute, but two more O’Sullivan points and an assist for Killian Falvey kept Kerry a comfortable distance ahead by the quarter hour mark.

Limerick midfielder Jack Downey launched a 50-metre free over the bar with the aid of a stiffish breeze but the Shannonsiders, in their efforts to drop back and crowd the middle third, left a two-man full forward line far too isolated when they did manage launch sporadic attacks.

Points from Fiachra Clifford (2), Cathal Ferriter and O’Sullivan saw Kerry lead 0-10 to 0-2 at half time.

O’Sullivan took up where he left off with a point but then, after John Hayes had scored Limerick’s third point, the same player underhit another free kick, which was met by Molyneaux’s fist to take it past goalkeeper Brian Lonergan for the game’s only goal.

It was no more than Limerick deserved for their perseverance but they simply didn’t have the class to build on it. Indeed, they didn’t score again for the remaining 24 minutes of a pedestrian contest.

Kerry wing back Cian Gammell came closest to a goal for the defending Munster champions, but his shot was smothered by Cian Walsh, but points from O’Sullivan (2), Ferriter and substitutes Paul O’Shea and Eddie Horan saw Kerry qualify for next week’s final without ever leaving second gear.

Tougher tests lie ahead for the Jack O’Connor-managed Kerry team who still have designs on that elusive All-Ireland title despite having to play this championship without David Clifford and Diarmuid O’Connor who will feature for the senior team in the Super 8 game against Mayo on Sunday.

The Limerick u20 team for Thursdays @EirGrid u20 @MunsterGAA Semi final vs @Kerry_Official in Austin Stack Park Tralee has been named. Game throws in at 7:00pm. Very best of luck to all involved #LuimneachAbú pic.twitter.com/ZOsgTKjJcg 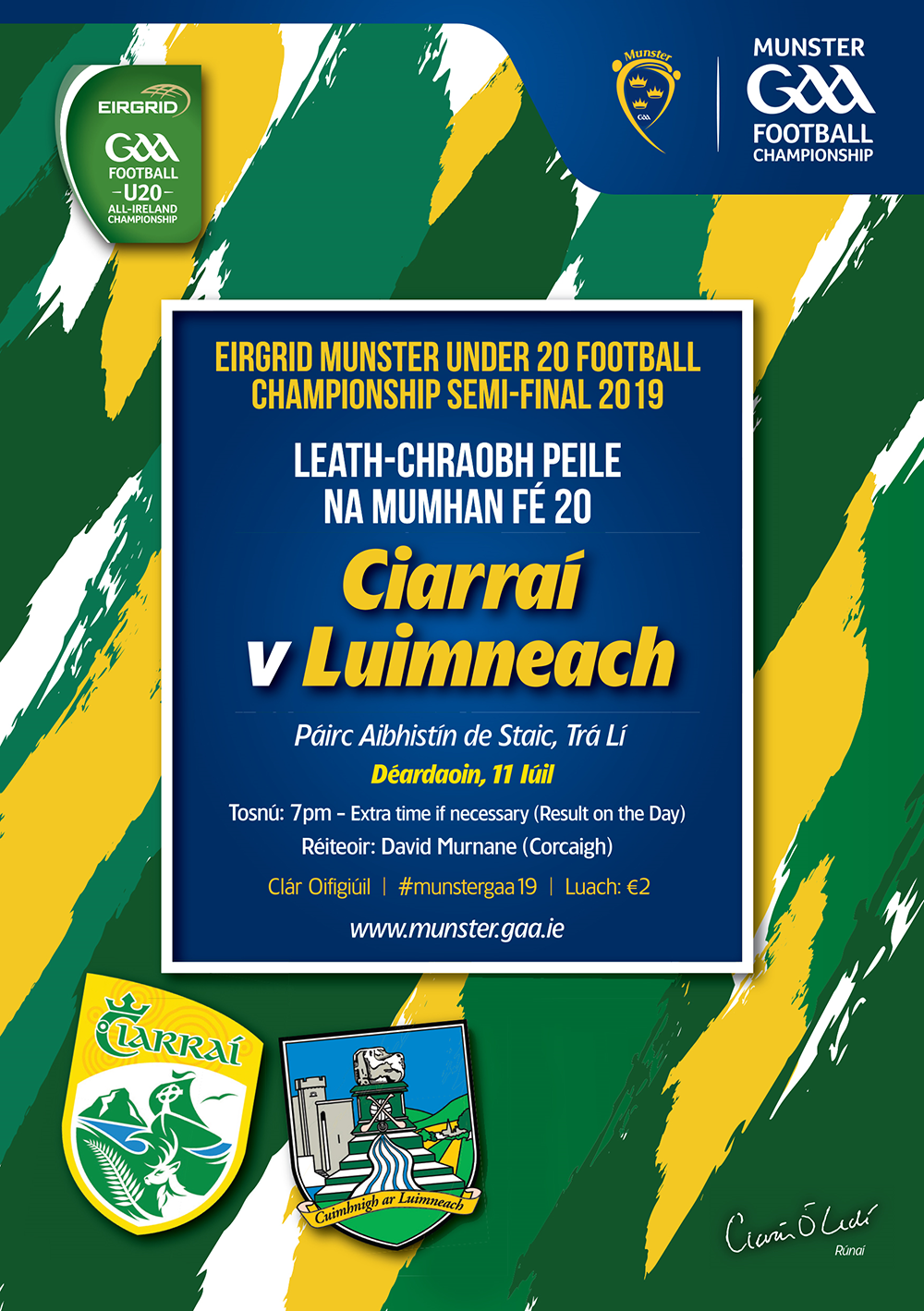