Cork defeated Waterford by 5-23 to 0-7 in the 2019 EirGrid Munster Under 20 Football Championship Semi Final on Friday July 12th at Clonakilty.

Report By Ger McCarthy for RTE.ie

Three goals in a devastating five-minute spell propelled Cork into this year’s EirGrid Munster U20 Football Championship final at the expense of Waterford in Clonakilty on Friday evening.

An attendance of 983 looked on as Waterford toiled hard but lacked the requisite quality to break down a Cork side with their sights now firmly set on Kerry in next week’s Munster final.

The Déise travelled to West Cork on the back of a morale-boosting victory over Clare in the previous round and included seven players that lost to Tipperary in the Munster Under20 hurling championship semi-final three days before.

Playing on his home ground, Clonakilty’s Maurice Shanley began at full-back, one of four Cork players defeated by Kerry in the previous year’s Munster Under20 decider.

Keith Ricken’s Cork side were slow to get out of the blocks and led by 4 points at the end of an uninspiring opening quarter. Then, in the 13th minute, Mark Cronin attempted a long-range point that was fumbled over the goal-line by Waterford goalkeeper Jack Coffey.

Following that, Cathal O’Mahony burst through and fired an unstoppable shot into the roof of the net prior to Damien Gore adding a third green flag.

Cork enjoyed a commanding 3-12 to 0-2 lead at the interval with corner-forward Darragh Corcoran providing Waterford’s only replies on the scoreboard.

Those proved mere consolation scores however as a Cork team that wasted two open goals cantered to victory with fourteen players getting their names on the score sheet.

Substitutes Jack McCarthy and Colm O’Callaghan completed the rout with Cork’s fourth and fifth goals midway through the second half.

Cork could have done with a more stringent test before facing their old enemies in the Munster final but the winners’ ability to pick off scores from multiple areas suggest a cracking provincial decider awaits.

The Cork Team to play Waterford in the @EirGrid @MunsterGAA Under 20 Football Championship Semi Final has been announcedhttps://t.co/RbZ1akSksx pic.twitter.com/kHHjER6ucP 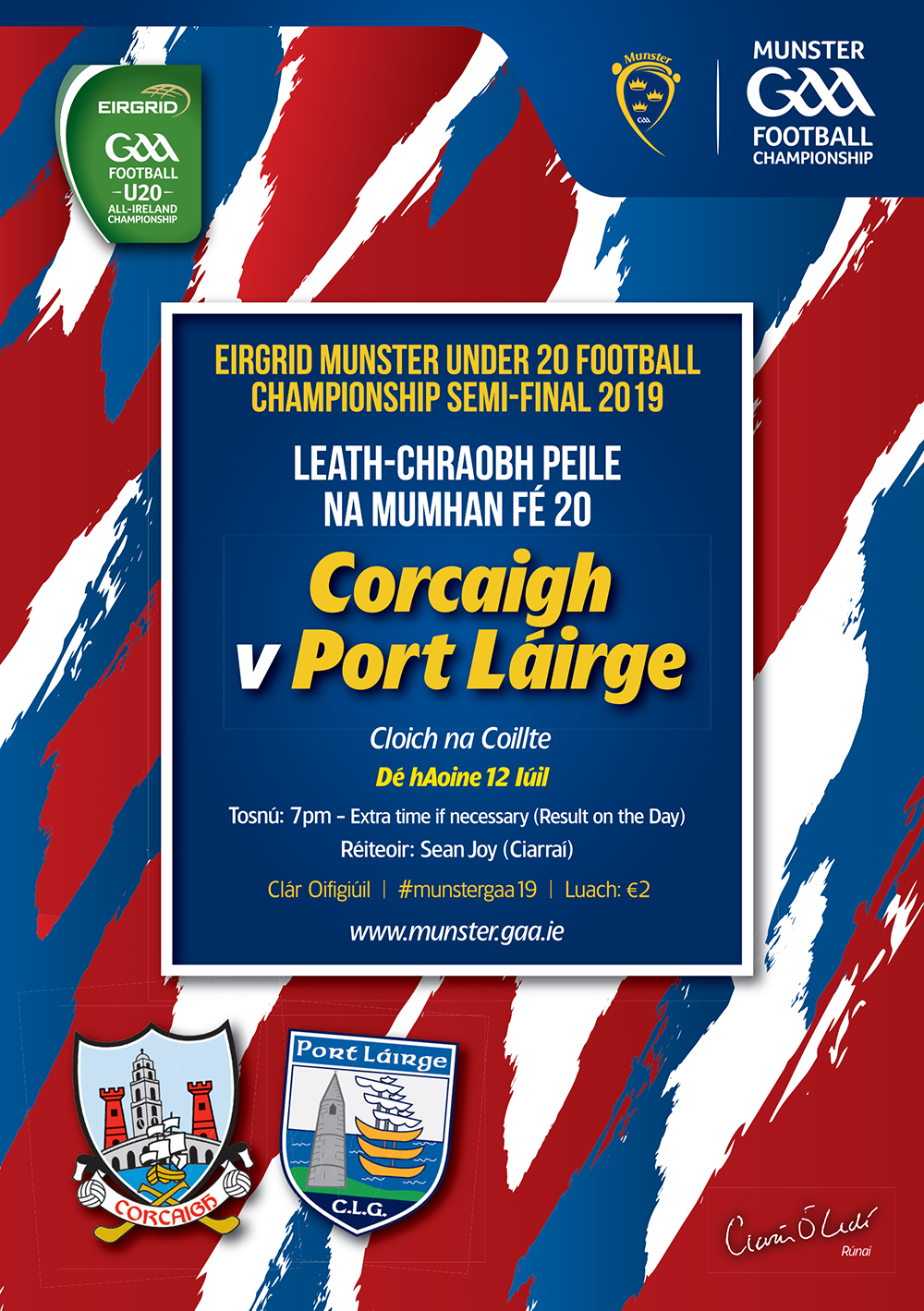