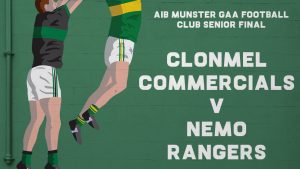 Report By Dermot Keyes for GAA.ie

Nemo Rangers, inspired by inter-county star Luke Connolly, secured a 17th Munster Senior Club Football title at Fraher Field on a day when their superiority was rarely in doubt.

In unseasonal sunshine before a 2,124-strong crowd, Nemo Rangers led by 0-7 to 0-3 at the break and were good value for that advantage.

Clonmel hit the front after two minutes through a Jason Lonergan free, with Nemo taking five minutes to find an equaliser through the impressive Luke Connolly, who found his range from 40 metres.

Within seconds, the Cork champions charged forward again through the industrious Kevin O’Donovan, who floated a ball to Paul Kerrigan, whose palmed effort landed tamely into the palms of a grateful Michael O’Reilly.

Nemo, growing in confidence with each attack, were denied a 10th minute goal after O’Reilly dived brilliantly to his right, thwarting Luke Connolly’s well-struck effort.

Connolly made no mistake when converting an 11th minute free to send his side into the lead for the first time, with a further free, this time via Mark Cronin, extending their advantage two minutes later.

Nemo kept the foot down and pointed again after 14 minutes through Luke Connolly, following fine support play from Kevin O’Donovan and Colin O’Brien.

Clonmel, while not quite bailing water out of the boat by then, needed a reply and found it in the 20th minute thanks to Ross Peters, who was fed possession by the heavily marshalled Michael Quinlivan. Yet the gale in
Clonmel’s sails proved brief as Nemo landed a fifth point from their very next attack from another Cronin free following a foul on Paul Kerrigan.

But Commercials kept themselves in touch thanks to a superb floated effort by Séamus Kennedy, with the hard-working Quinlivan again proving provider.

Yet it was Nemo who finished the half in command thanks to further points from Conor Hogan and Kevin O’Donovan and they were to press home their superiority thereafter.

Nemo opened the second half scoring seven minutes in thanks to a clever run and finish by captain Barry O’Driscoll, before Luke Connolly found his range again within three minutes. Commercials, whose support never waned over the course of the hour, registered a fourth point in the 46th minute from Jack Kennedy.

But any lingering hopes the Tipperary men had of reigning in Nemo soon evaporated. Jack Horgan raced onto a quickly taken sideline ball down Clonmel’s left channel after 47 minutes, picking out man of the match Luke Connolly for another point.

As the sunlight faded Connolly added to his tally within a minute of that strike to send Nemo seven points clear. Ross Peters kicked his second point of the day for Commercials after 50 minutes before Connolly landed his seventh point two minutes later.

On a day when his finishing largely eluded him, Paul Kerrigan palmed over a point football seven minutes from time.

Michael Quinlivan finally opened his account in the 55th minute with a close range free on a day when Clonmel firmly played second fiddle.

Additional time points by substitute Kevin Fulignati and Mark Cronin (his third free) proved the icing on the cake for an imperious Nemo, who will now face Corofin in the All-Ireland Semi-Final. 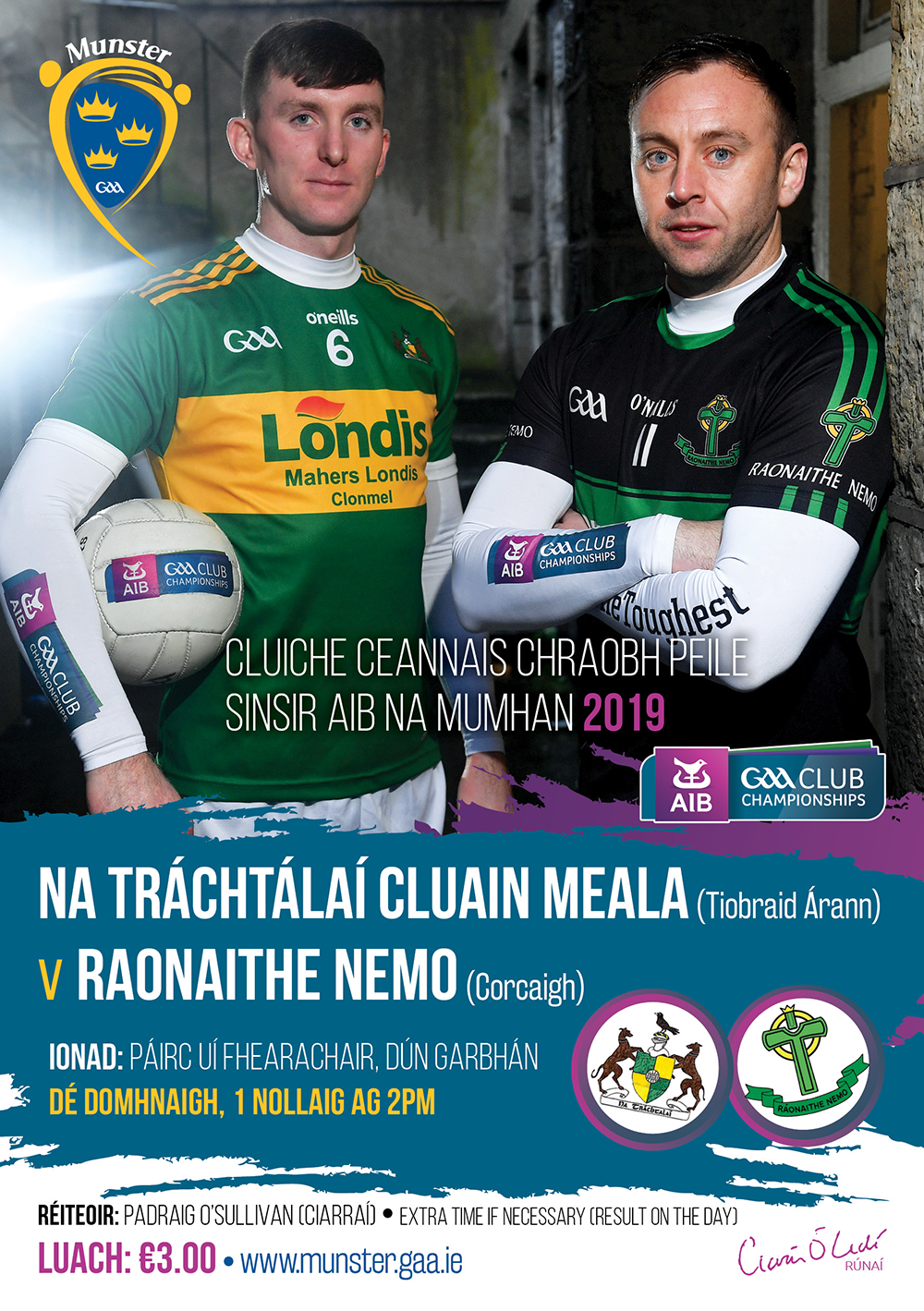 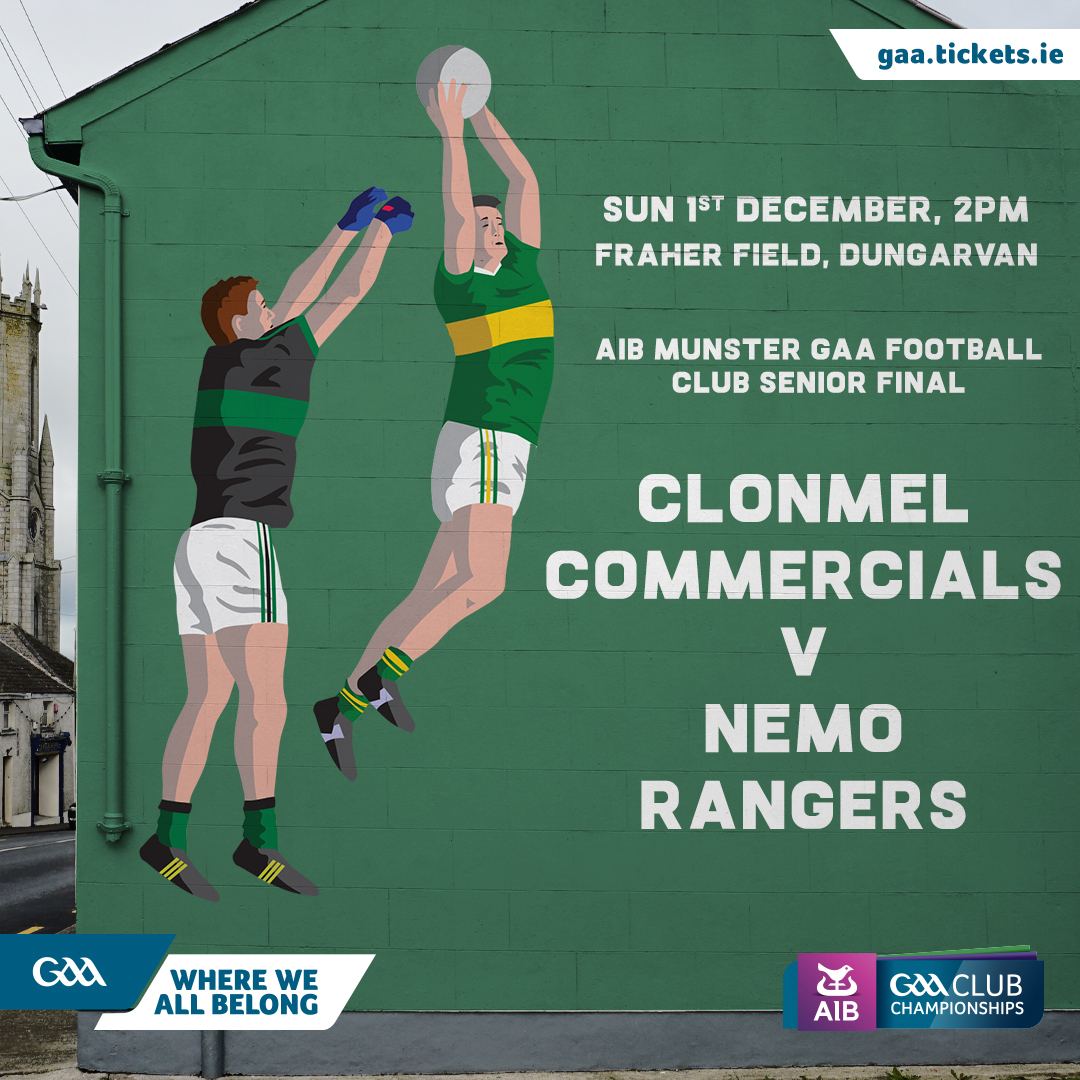