The Kerry champions dominated this one from start to finish. https://t.co/XnVbtXUr2c

Report By Diarmuid Sheehan for the Irish Examiner newspaper

Na Gaeil have breezed into the All-Ireland Club JFC semi-final with a comprehensive dismissal of Tipperary’s Mullinahone in Mallow.

This fixture had been originally scheduled to throw-in at 3.45pm but with the approaching storm forecast, the decision was taken to get going at 11am and the early start did little to upset what was the predicted result.

The Kerry champions dominated this one from start to finish with Mullinahone failing to show the scoring prowess that saw them get to the showpiece game – a fact that delighted the Na Gaeil manager Donal Rooney.

“The conditions in the first half were probably a bit more difficult than they were in the second half but we still managed to go in up by 10 points.

“We knew that if we had a good five or 10 minutes after the break then this one would be over and that is what happened.

“It was a tough enough battle in the first half, particularly there in the first 10 or 15 minutes, we were finding it difficult to score – they were very strong and very physical and we didn’t do ourselves justice in those first 15 minutes but after that I thought we performed well.”

Rooney felt that his side have learned from the pain of losing the showpiece game in Kerry last year with his defenders ensuring that this one wouldn’t become an open game.

“We lost the County Final last year by a point in what many people had said was one of the best games they had ever seen so we made a point after that game that we would never lose a shootout again. So we have focussed on our defence and thankfully we haven’t lost a championship game since.”

Rooney was keen to point out that this win was all about the team and while he does have Kerry seniors at his disposal there is plenty more chomping at the bit to impress.

“The two boys (Diarmuid O’Connor and Jack Barry) were great today but we have a hell of a lot more than that here too. The two boys, because they are Kerry seniors get a lot of the plaudits but we have a very strong panel all over the field with Andrew Barry there at centre back having another great game again today.”

Led on the pitch by the Kerry senior duo of O’Connor and Jack Barry, Na Gaeil eased their way into the game, content to add points as the opposition struggled to get their shots away.

Corner-forward Dara Devine also impressed throughout, bagging his sides first goal on 26 minutes after a goalmouth scramble in the Mullinahone box. (1-7 to 0-00) at the short whistle.

Mullinahone for their part were getting some chances but a lack of ambition and space up front was definitely hampering their ability to get the ball away when scoring opportunities came their way.

Na Gaeil pushed on after the break scoring 2-6 against the wind while Mullinahone had to wait till injury time to get their 1-1 with Kevin Walzer claiming his side’s goal from the spot.

Man of the match Andrew Barry was magnificent throughout this game and got his reward on 53 minutes when set through for a goal thanks to some terrific work from substitutes Eoin Walsh and Darragh Reen.

60 seconds later James O’Connor landed his side’s third three pointer as Na Gaeil started to open up but thanks to Walzer’s last two scores it wasn’t to be a blank scoreboard for the Tipp men. 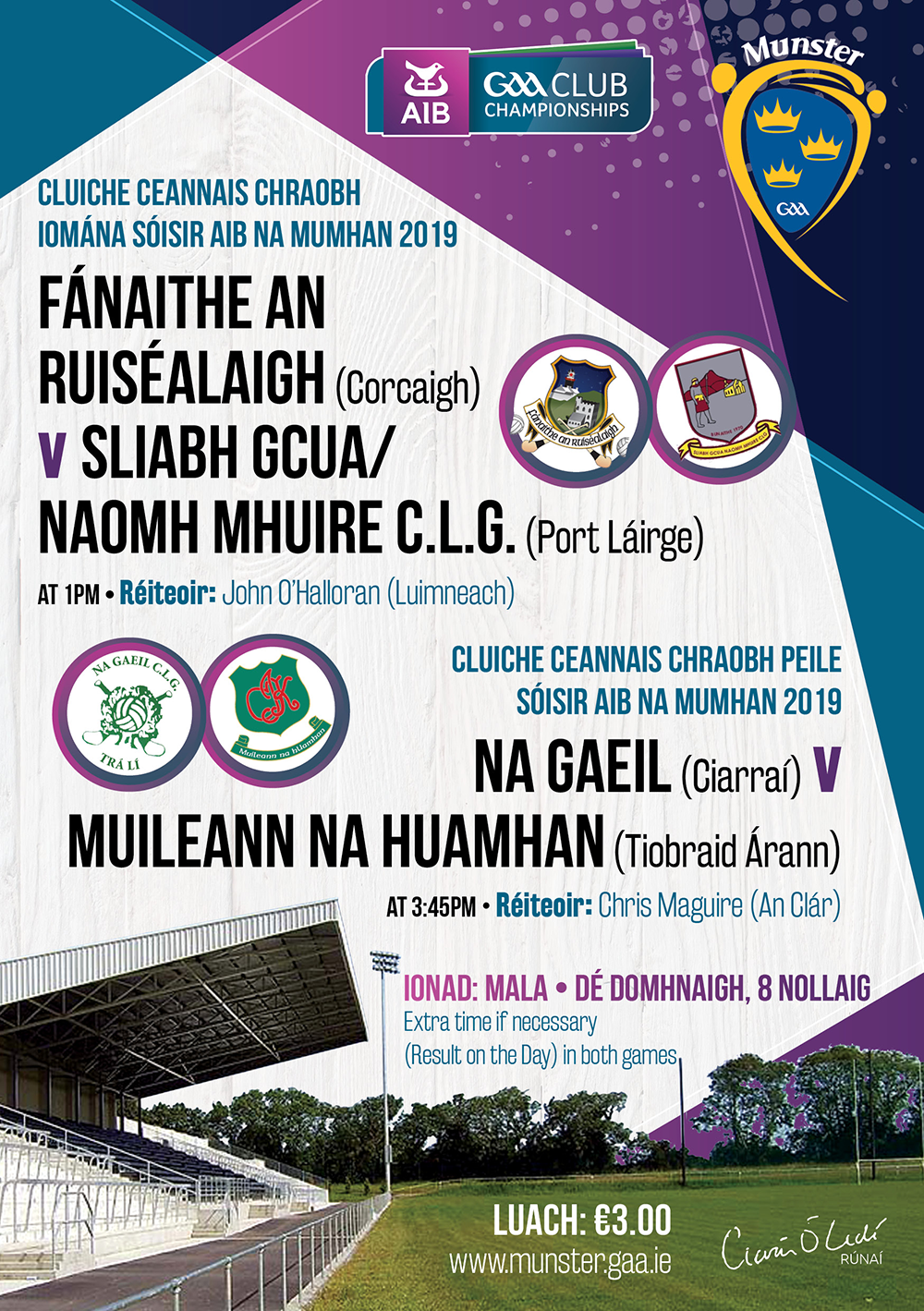