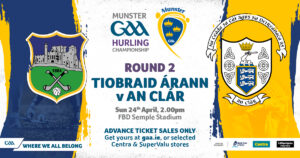 Clare defeated Tipperary by 3-21 to 2-16 in Round 2 of the Munster Senior Hurling Championship on Sunday April 24th at FBD Semple Stadium Thurles.

REPORT: Clare deliver a good display to defeat Tipperary in the Munster SHC

Report By Shane Brophy at FBD Semple Stadium for GAA.ie

Tipperary’s hopes are hanging by a thread after they were comfortably beaten by Clare in this second round Munster Championship game at FBD Semple Stadium Thurles on Sunday.

Off the back of their good performance in defeat to Waterford last Sunday, a bounce was expected from Tipp but it never came, not helped by sixteen wides and missing at least four goal chances.

Clare didn’t have to hurl that well to win but their greater efficiency in front of goal was the difference, including three first half goals from Ian Galvin, Peter Duggan, and a Tony Kelly penalty to put them in the driving seat at half time, 3-11 to 0-7.

A Ger Browne goal within two minutes of the restart failed to spark Tipp into life as they managed only one further point before they were gifted a second goal on 49 minutes when Eibhear Quilligan dropped a Barry Heffernan delivery into his own net.

It cut the deficit to nine and seven points was as close as Tipperary would come as Clare eased to the second successive championship win over the Premier County in Thurles and sets them up well for their second game, back in Thurles next Sunday against Cork.

For Tipperary, they have two weeks to lick their wounds before they tackle All-Ireland champions Limerick at the Gaelic Grounds. 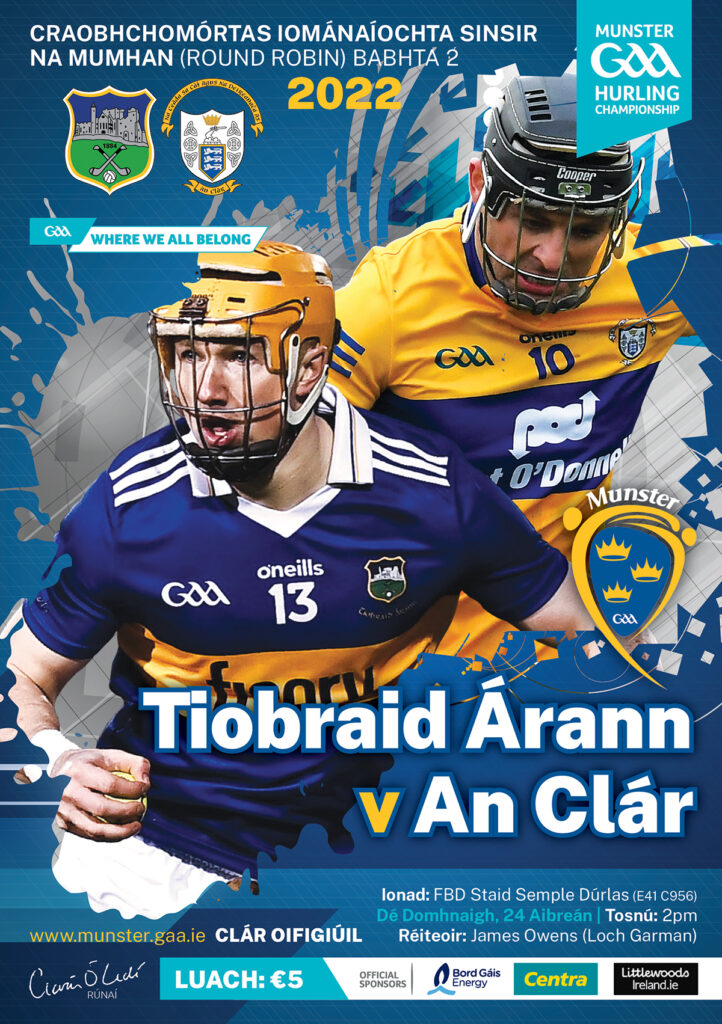 Please see below a list of car parks that will be available to the public for next Sunday's Munster Senior Hurling Championship game between Tipperary & Clare in FBD Semple Stadium @ 2pm.
We ask the public to cooperate with stewards and Gardai on approach roads to the game. pic.twitter.com/H0IBUJmyQT

Ahead of this Sundays round 2 game in the Munster Senior Hurling Championship, Colm Bonnar has named his team to face Clare. pic.twitter.com/7Yc3r4vhaU