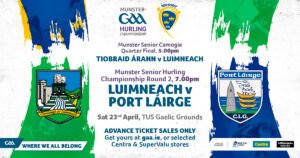 Limerick defeated Waterford by 0-30 to 2-21 in Round 2 of the Munster Senior Hurling Championship on Saturday April 23rd at the TUS Gaelic Grounds.

Report By Tomas McCarthy at TUS Gaelic Grounds for GAA.ie

All Ireland champions Limerick withstood a late goal rush from league champions Waterford to claim their second win of the Munster round robin in front of 27,488 spectators.

Stephen Bennett and Jack Prendergast goaled for Waterford to leave just one between them with five minutes left. Austin Gleeson, Dessie Hutchinson and Calum Lyons starred for the visitors.

John Kiely’s men closed it out with points from Pat Ryan and Byrnes. Waterford launched a high ball in around the house deep into injury time but Nickie Quaid emerged with the ball and the home crowd went wild. The Cranberries blared out over the PA as a sea of green invaded the field.

Liam Cahill’s men lost full back Iarlaith Daly to injury on 29 minutes. In his absence, Aaron Gillane got three points from play and finished the half with seven. Gleeson knocked over four at the other end including a trademark sideline. Gillane edged the hosts 14-13 ahead at the break.

Four Dessie Hutchinson points as well as one apiece from Gleeson and Patrick Curran regained the lead for Waterford (0-20 to 0-19). On 48 minutes, a Gleeson shot for goal was denied by a fabulous Sean Finn block.

Sub Cathal O’Neill struck his third from play to sneak Limerick back in front. It was a lead they didn’t relinquish. On 55 minutes, Graeme Mulcahy slipped with the goal at his mercy. The Liam MacCarthy holders landed six in a row including two apiece from Gillane and Darragh O’Donovan.

Stephen Bennett buried a close range free with seven minutes left to make it 0-28 to 1-21. Three minutes later, Calum Lyons raced through the heart of the Limerick defence and offloaded to Jack Prendergast who buried the ball past Nickie Quaid. One point game.

Shane McNulty missed a chance to level before Limerick sub Pat Ryan rifled over a point at the other end. Byrnes then blasted over his sixth single. The hosts were guilty of three wides in a row but held out for victory. 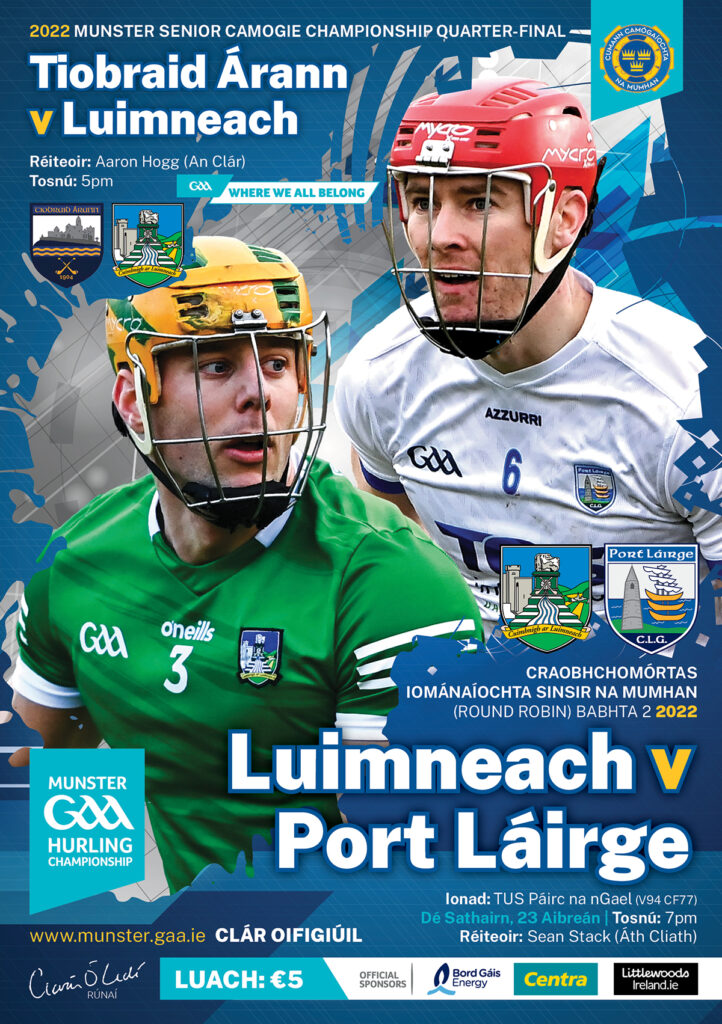 Best of Luck to Liam Cahill, his management team and all the panel!#deiseabú
⚪🔵 pic.twitter.com/DXIj8HXkmM