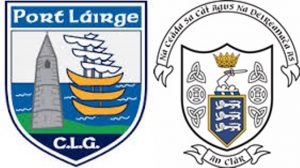 In a most bizarre hour’s hurling, the engraving on Waterford manager Derek Lyons’ wristband summed up perfectly this Munster semi-final. Its message: winners never quit.

The reigning All-Ireland champions, having been put to the pin of their collar, had done just that and were rewarded with a place in the Munster decider on July 13. Successive points from Waterford’s Shane Bennett and Patrick Curran had moved the home outfit two in front entering time added on, a remarkable overtaking effort given they were two adrift and very much under the cosh coming down the home stretch.

Clare, having dragged themselves back into contention in the second-half, minus the services of midfielder Michael O’Malley who received a red card on 35 minutes for striking Darragh Lyons, were not prepared to fold. Jason McCarthy launched a probing delivery into the Waterford danger area. Up went well over a dozen hands, Patrick Fitzgerald rising highest. The Clare midfielder pulled down possession and unleashed a powerful effort on goal. Save, an outstanding one at that by Déise keeper Billy Nolan.

Nolan had gift-wrapped Clare’s opening major when running out over a half-hit Aaron Shanagher effort 10 minutes in. Still U16, the goalkeeper could easily have dropped the head. Winners, though, never quit.

“I never believed it was gone from us because I know the quality of lads we have,” said Lyons. “When they got back level within 10 minutes of the second-half you were saying where are we going to pull this from and at that stage you do have a little doubt, but the calibre of the players and the subs that came in, particularly Eddie Meaney, was crucial. I think the turning point was centre-forward Conor Gleeson going back centre-back midway through the second-half when Clare were on top. He controlled that whole area and it did give us an impetus which we fed off.”

As for Nolan’s intervention at the death? “I just said to him there he is lucky he got it because he made a balls of the first one. He would be the first to acknowledge that. If I saw anything coming here tonight the one thing I wouldn’t have seen coming was Billy making a mess of that first one. He is an absolutely brilliant goalkeeper and my heart would have went out to him had we lost this game. It was ironic that he kept us in the game in the end.”

Waterford, boasting five changes in personal and 12 positional switches to the side which overcame Clare in their first round meeting back in April, roared into proceedings and had two white flags raised inside the opening minute. Indeed, by the seventh minute their advantage stood at 1-6 to 0-0. Corner-forward Patrick Curran crashed home the opening major of the contest, with Conor Gleeson, Aaron O’Sullivan and the aforementioned Curran splitting the posts.

Then followed Nolan’s blunder, the stroke of luck which Clare badly required. A second major arrived in the subsequent action as Shanagher, holding off the challenge of full-back MJ Sutton, fired to the net. Game on. Waterford ratcheted it up a further notch with Curran sniping a pair of frees. Shane Bennett, following a superb run down the right wing, struck for goal number two on 28 minutes — 2-8 to 2-2 the interval difference, hugely unreflective of Waterford’s dominance.

In keeping with the strange nature of the contest, ridden with errors and poor decision making, Clare assumed control at the change of ends, notching eight unanswered points to edge 2-10 to 2-8 clear — Ian Galvin, Cormac Curran (0-3, 0-2 frees), Shanagher and Patrick Fitzgerald all on target. An ultra-productive period for the Banner, all the more impressive given it was achieved with only 14-men.

Winners, though, never quit and Curran and substitute Eddie Meaney pegged back the difference before Waterford drove for the line. “Early in the second-half was squeaky bum time for us because Clare brought the game massively to us,” continued Lyons. “We responded, thankfully.”

Reigning All-Ireland champions Waterford overcame a strong challenge from Clare at Fraher Field on Wednesday night to advance to the Munster Minor Hurling Championship final for the second year in a row. Waterford made a brilliant start to the game and were 1-6 to 0-0 in front with just eight minutes on the clock. Patrick Curran found the net early on for the Déise, while Conor Gleeson and Aaron O’Sullivan also got on the scoreboard in the opening stages.

However, at the mid-point of the first half, Clare struck two goals in the space of a couple of minutes through the prolific Aaron Shanagher to turn the game completely on its head. Those two goals kept Clare in touch until the very end of the half, when a Shane Bennett goal restored Waterford’s supremacy and left them 2-8 to 2-2 ahead at the interval.

Clare were reduced to 14 players early in the second half when Michael O’Malley was dismissed, but it didn’t stop them coming right back into the game when Colin Corbett reeled off four points without reply. Clare managed eight points without reply in total between the start of the second half and the 48th minute to leave themselves two ahead, but Waterford restored parity to leave the sides level with five minutes to go. Tired after their impressive comeback, Clare flagged in the closing minutes, and Waterford points from Curran and Bennett sent them through to the decider, where they will face Cork or Limerick.

The Waterford Minor Hurling Team to play Clare on Wednesday night in the Munster Minor Hurling Championship in Fraher Field, Dungarvan has been announced tonight. Throw In 7.30pm.

Next Round – the winners will qualify for the Munster final on Sunday July 13th against Cork or Limerick.

Waterford and Clare last met at Fraher Field in the 2013 Munster minor hurling championship when Waterford secured a 4-18 to 1-10 victory in a semi-final play-off game.

Cork last appeared in a Munster Minor Hurling final in 2008 when they won the title by defeating Tipperary by 0-19 to 0-18.

1989 was the last time Limerick qualified for 2 consecutive Munster finals.