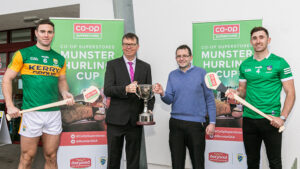 Limerick defeated Kerry by 4-29 to 0-11 in the 2022 Co-Op Superstores Munster Hurling Cup Semi-Final on Sunday January 16th at the TUS Gaelic Grounds.

Free scoring Limerick bring Kerry hurling back down to earth

Limerick will play Clare in next Saturday’s Munster Hurling Cup final after the back-to-back All-Ireland champions opened their 2022 account with this 30-point trouncing of Kerry.

With Covid and Government restrictions having denied Limerick supporters the opportunity to see their team on home soil since March of 2020, the maximum capacity of 5,000 was reached early on Sunday morning when Munster GAA announced on its social media platforms that the fixture was a sell-out.

And while it was an experimental and largely understrength Limerick side that manager John Kiely put out, the hosts did not disappoint in churning out a commanding display of dominance for the large home crowd.

Ahead by 1-18 to 0-6 at the break, second-half goals from Pat Ryan, David Reidy (from the placed-ball), and debutant second-half sub Adam English shoved their final winning margin out to 30 points.

The hosts finished the first-half with 19 scores, six different scorers, and an unassailable 15-point lead.

Pat Ryan, from full-forward, led the opening half rout, the Doon clubman returning to the dressing-room for the interval with 1-3 from play beside his name. His goal, which arrived in the 13th minute and was part of an unanswered 1-6 from the Treaty men, was created by a superb Brian O’Grady delivery from midfield.

O’Grady was one of three debutants in the Limerick team, alongside goalkeeper David McCarthy and corner-forward Oisin O’Reilly. Both O’Grady and O’Reilly were among Limerick’s first-half scorers, as were last year’s U20 duo of Colin Coughlan and Cathal O’Neill. The latter pointed four from play from right half-forward, while behind him on that side of the field Coughlan struck a brace from distance.

Top-scoring for John Kiely’s Limerick in a one-sided first-half was David Reidy with two from play, double that from frees, and a ‘65. The men in white, although moving well off the ball, were finding scores terribly easy to come by. The same certainly could not be said of their opponents, who managed only two points in the first 17 minutes to the water break. Gavin Dooley was twice on the mark for the Kingdom in the first-half, with centre-back Fionan Mackessy’s 33rd minute effort the pick of their remaining white flags.

Kerry, who had five point attempts drop short in the opening 20 minutes, were getting no change from the possession being pumped into their two-man full-forward line as Barry Nash – the sole Limerick starter here to have begun last year’s All-Ireland final – Richie English, and Jerome Boylan were smart and efficient in making their numerical advantage count close to the Limerick goal. The Limerick full-back line were even less troubled during a second-half where the home side were unhurried and unburdened in further stretching their lead.

Tickets for this game are now sold out.

Pick up a copy of the match programme for 2 euro. 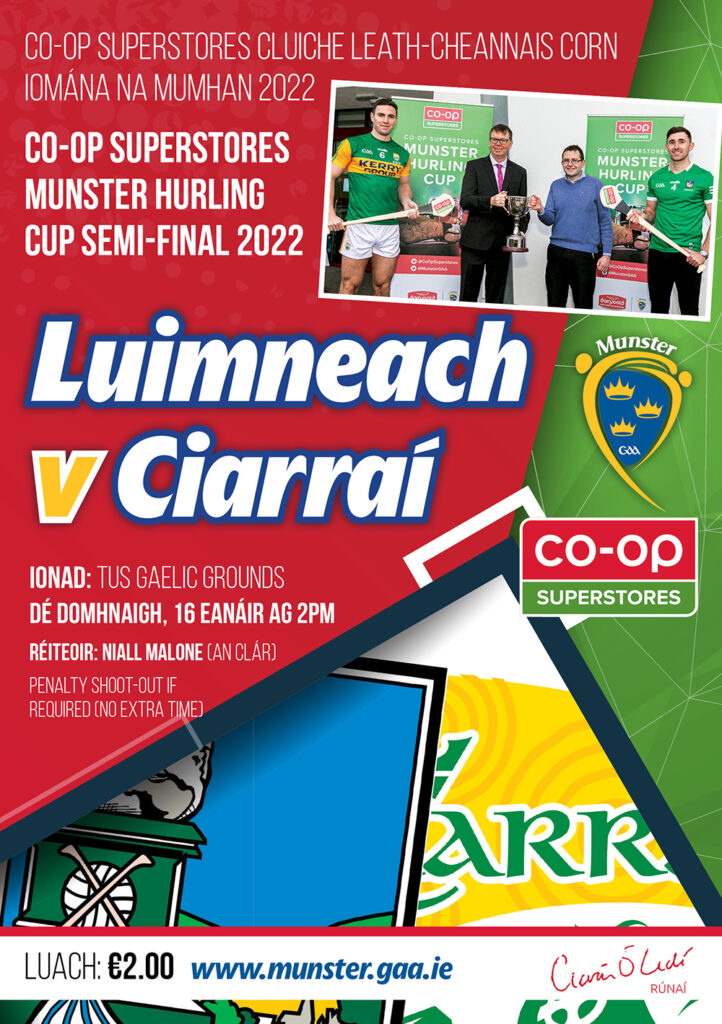