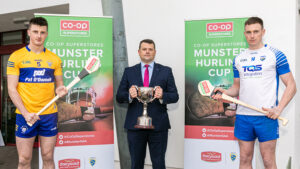 Blooding as many emerging players as possible between now and the end of the spring Allianz League campaign will be the firm focus for a Clare side that began 2022 on Saturday with an impressive five-point Munster Cup semi-final victory over Waterford.

“We are trying to introduce new guys,” reflected manager Brian Lohan after his side advanced to a first Munster League decider in three years. “We have five games coming up in the National League and this (Munster Cup) is an important competition.

“When you’re in a set-up with so much commitment, there is no point in doing all this training if you’re not getting the opportunity out on the field. We are carrying a panel of 38/39 guys and every one of them wants to play. They can’t all play in the championship matches.”

It was the 26th-minute goal from one of last year’s championship debutants Mark Rodgers that provided the foundations for this winning start — a strike that helped the home side power into a 1-10 to 0-10 half-time lead from which they never looked back.

Waterford manager Liam Cahill cut a frustrated figure during Clare’s pre-interval surge, and as his own experimental selection struggled to keep an increasingly confident Clare side — that had real leaders in Diarmuid Ryan and Jason McCarthy in defence, as well as David Reidy and Cathal Malone in attack — in check as proceedings wore on.

“When you’re hit for a sucker punch of a goal like we were before half-time you have to be able to weather it and come back from it,” said Cahill. “The goal had a big bearing. When Clare got it we just seemed to go away for a period of time where we allowed them capitalise on the scoreboard and ultimately that’s what was in it at the end of the game,” he added.

Clare had moved seven points clear with just ten minutes remaining, only for an Austin Gleeson goal to reignite the Deise challenge to bring it back to a 1-20 to 1-16 game and briefly set up the prospect of a grandstand finish before an enthusiastic Cusack Park gathering of 1,817.

Indeed, the goal seemed to ignite the 2016 hurler of the year in particular — he hit four exquisite points from there until the end to bring his tally to 1-5, but down the other end more than met his match in dual-star Shane Meehan, who was sprung from the bench to stunning effect, hitting 1-3 in the closing stages as Clare comfortably weathered Waterford’s late flurry.

“Shane did very well, as did Ian Galvin when he came on,” said Lohan afterwards, “and it’s good that we will have another day out again to give those guys a chance again. We used everyone we could and it was a decent enough score — 2-24 is 30 points and back in the day it would have won two games but at the moment that’s what you have to be hitting in order to win games”.

“We have to find more,” admitted Lohan’s counterpart Cahill. “It is very, very frustrating when you are working continually on stuff in training and the same little mistakes keep appearing. You just wonder are these players able to go up in class when the time comes. It’s disappointing when you see the same things breaking down in real live match situations that you’re working on in training. It will take shape as the year goes on and your team will start to pick itself as the matches come.

“It’s finding that real belief that we’re capable of kicking on. That’s the big one; it’s the real belief. I can believe all I like on the line but the players have to believe it, really believe it between the lines for us to go that step further. Hopefully, we will find it as the weeks progress.”

Tickets for this game must be purchased in advance. General Admission €10, Under 16s €2

The Waterford Senior Hurling Team to play Clare tomorrow in the @CoOpSuperstores Munster Hurling League has been named ⬇️#deiseabú ⚪🔵 pic.twitter.com/tTb4EHYW29 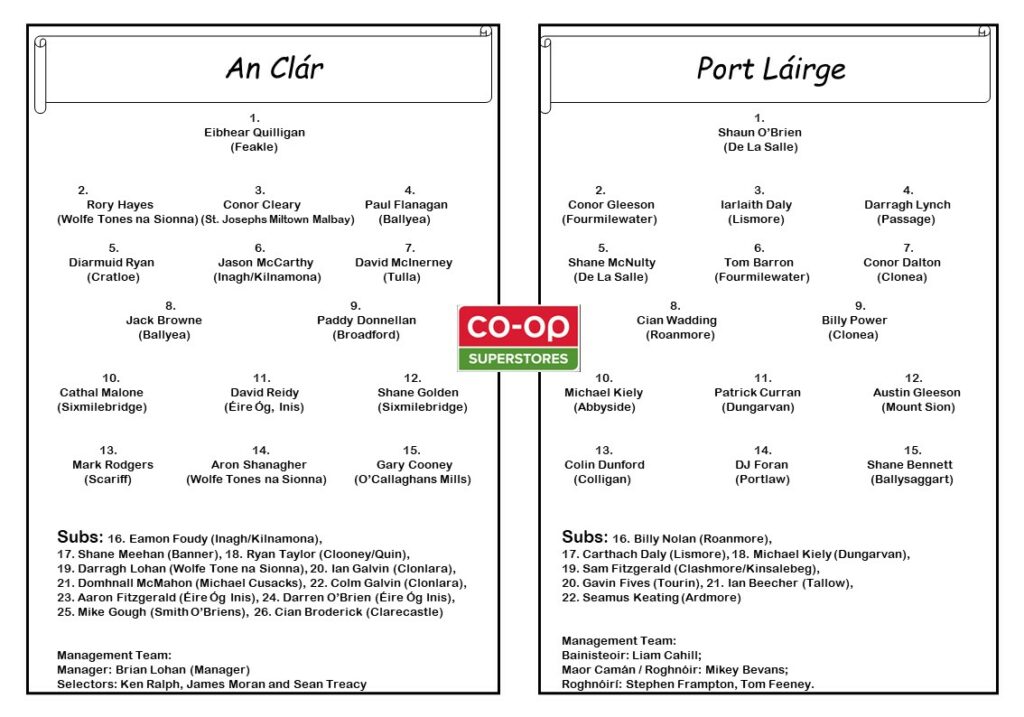