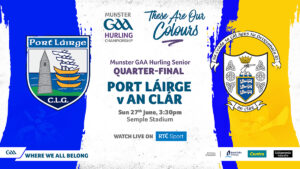 Clare defeated Waterford by 1-22 to 0-21 in the Munster Senior Hurling Championship Quarter-Final on Sunday June 27th at Semple Stadium Thurles.

They limped over the line in the end after out-sprinting Waterford for most of the match, but Clare won’t worry too much about that, this was still a mighty victory for Brian Lohan’s team.

There was so much to admire about their performance for the first 60 minutes of the contest. They spiked Waterford’s running game by hitting them hard in the tackle and tracking ever overlap, and then cut them apart at the other end of the field with some really clever attacking play.

Had they not hit 22 wides over the course of the match, many of them of the bad variety, they would have won a lot more comfortably.

Waterford fought to the end and finished strongly thanks to a big impact by their subs, but they’d left themselves far too much work to do and Liam Cahill will have plenty of food for thought as he ponders how to reignite their championship challenge.

Right from the start of this match, Clare played with a fantastic energy which was harnessed by a well-defined game-plan.

The decision to play Tony Kelly in a two-man full-forward line was a master-stroke. Not only did he provide a great focal point and scoring threat, the fact that Waterford had detailed Calum Lyons to follow him curbed one of Waterford’s most consistent attacking threats from deep.

Kelly scored the first three points of the match, two of them from play, including what has now become a trademark score from a narrow angle most forwards wouldn’t countenance.

If Kelly was showing the way at one end of the pitch, John Conlon was proving to be just as inspirational at the other. The erstwhile full-forward has been transformed into a centre-back this year, and it’s starting to look like a managerial masterstroke by Brian Lohan.

The sliotar seemed magnetised by his presence and the sight of the Clonlara man sweeping onto the ball and driving it out of defence quickly became a staple of the first-half. With the red-helmet on his head as he tore here, there, and everywhere, he did a more than passable impression of Lohan himself in his 1990s pomp.

Time and again Clare players were throwing themselves into tackles and 50-50 contests with reckless abandon, and Waterford just weren’t matching them for physicality.

They couldn’t get their running game going and at times they seemed spooked by the pressure Clare were exerting as they coughed up possession cheaply or made panicked decisions.

They were fortunate for much of the first half that Clare undermined some great play out the field with some terrible shooting. They had already hit nine wides by the first-half water-break and would strike another five before the break.

Waterford were largely relying on brief moments of inspiration by Austin Gleeson and Stephen Bennett’s free-taking to stay in touch, and by the 27th minute they were in decent shape, trailing by just 0-9 to 0-6.

It looked at that stage like Clare weren’t going to make their dominance count on the scoreboard, but then they came with a devastating burst before half-time.

They key moment came when Aron Shanager was fouled as he burst through on goal earning Shane Fives a sin-binning and Clare a penalty. Tony Kelly buried it, and now finally Clare had the sort of advantage on the scoreboard their play had deserved.

They pushed on from there to the break landing three more points with just one in reply from Waterford, and Shanagher very nearly hit a goal too after another muscular run at the Waterford defence. Trailing by 1-13 to 0-7 at the break, Waterford looked in dire straits.

They started the second-half positively with a Stephen Bennett free seconds after the throw-in and would have been heartened too by the sight of Calum Lyons win a couple of balls ahead of Tony Kelly, but there was no major shift yet in the balance of power.

Kelly caught fire again when he raced onto a perfectly timed pass from Shanagher to shoot over the bar, and further points from Cathal Malone, Ian Galvin, and the very impressive Aidan McCarthy saw Clare keep Waterford at arm’s length.

They’d extended their lead to nine points by the end of the third quarter, and it was only when Waterford brought on subs like Patrick Curran, Neil Montgomery, and Mikey Kearney that they began to seriously trouble the previously commanding Clare defence.

When points from Calum Lyons and the battling Austin Gleeson reduced the gap to just three shortly after Clare had butchered a good goal chance, the increasingly vocal Waterford supporters were clearly scenting an unlikely comeback.

But when Clare’s need was greatest, up popped Kelly yet again to settle their nerves with a point that finally made the match safe.

Clare now advance to a Munster semi-final against Tipperary, and they’ll have a considerable spring in their step after a victory very few people predicted.

Best of Luck to Liam Cahill, his management team and all the panel!#deiseabú
⚪🔵 pic.twitter.com/9o52roByeM 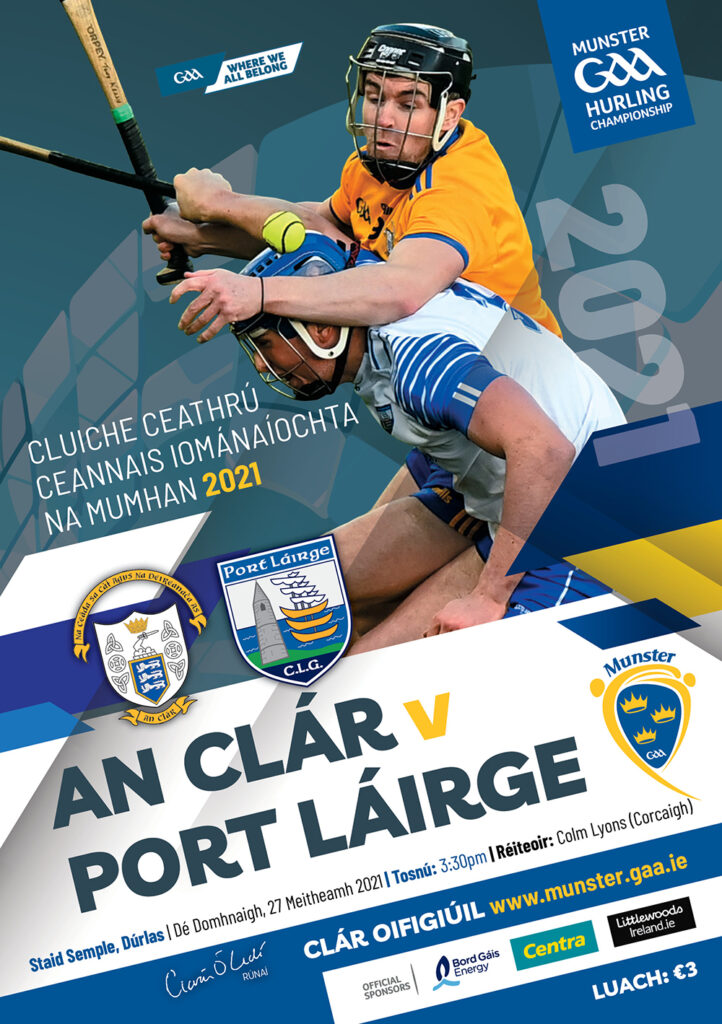 For those attending Sunday’s game, a match programme will be on sale in Semple Stadium for 3 euro.