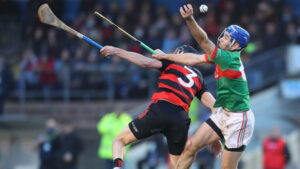 Noel and John McGrath sent off as Ballygunner beat Loughmore-Castleiney

Ballygunner attacked the dressing-room end in the first half, backed by a stiff breeze that affected players’ shooting.

On seven minutes Ballygunner found the net, Kevin Mahony popping up for the final pass and goaling – 1-2 to 0-1.

Ballygunner ‘keeper Stephen O’Keeffe saved a John McGrath effort well just before the first water break – the Waterford side swept downfield and Pauric Mahony (free) made it 1-5 to 0-1 on 16 minutes.

Loughmore restarted with two John McGrath frees but on 22 minutes Noel McGrath got a straight red card for an off-the-ball incident. The Tipperary side responded well, however, with John McGrath’s frees nudging them closer and closer: 1-8 to 0-9 at half-time.

Loughmore cut the lead to one with a fine Tommy Maher point, but Ballygunner won a 36th-minute penalty through Hutchinson’s speed – only for Stephen O’Keeffe to put it wide.

Four minutes later Mikey Mahony and Hutchinson combined for a Ballygunner goal for the latter, 2-10 to 0-11: Ciaran Connolly’s response for Loughmore made it 2-10 to 0-12 at the second water break.

Then, on 52 minutes, Loughmore appeared to win a penalty – but John McGrath got a second yellow when the referee revisited the incident and departed, and a throw-in resulted instead. Ballygunner saw out the game afterwards.

A 32 page match programme for Sunday’s game will be available at Fraher Field Dungarvan at a cost of 3 euro. 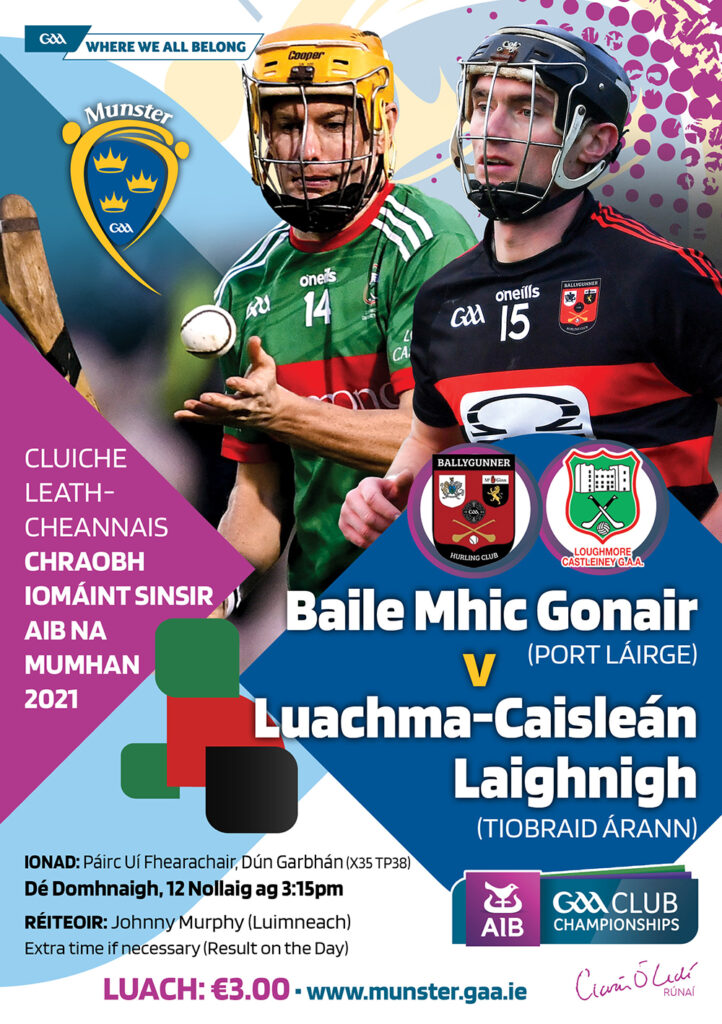