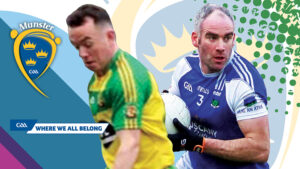 Gneeveguilla are back in an All-Ireland football semi-final after the Kerry champions saw off Ballina of Tipperary by 21 points in Mallow on Saturday.

It may have taken the provincial intermediate champions of 2010 over a decade to regain a Munster crown but they looked like winners pretty much from the off as the Tipperary champions struggled to keep in touch after the opening ten minutes.

Cornelius Buckley, Shane O’Sullivan, John O’Leary, and Michael Murphy were the attacking stars of the show for the victors as Gneeveguilla showed their worth. In the middle, Ronan Collins and Conor Herlihy impressed as did all of the Gneeveguilla defenders – in particular Padraig O’Connor, Darren and Pat Brosnan For the beaten finalists, Tipp senior star Steven O’Brien was key with a host of rampaging runs and a personal tally of 1-2 but in truth, he and his club-mates were always up against it.

Gneeveguilla were clear favourites coming into the tie but manager Seanie O’Leary was taking nothing for granted against a powerful looking Ballina side.

“We are kind of flattered with that scoreline to tell you the truth” said O’Leary. “We had done a lot of homework on Ballina. After we won the county the first name that popped up was Ballina. They had played Mountcollins, which would be bordering Brosna, and we heard they were a very good side – we were nervous I can tell you that.

“Knowing how solid and powerful Ballina were put our players on edge coming into this and that is a very good thing.”

O’Leary knew that the first quarter would be crucial if his side were to advance to the national competition.

“They (Ballina) started well and put it up to us from the start but we knew they were a side that thrive on the first 15 minutes so we needed to win that period – and we did, and to be fair to our lads they pushed on from there.”

The newly crowned champions may well have bagged a pretty impressive tally but the manager was at pains to point out just where his side excels.

“We have some very good defenders. They say Kerry don’t have any defenders anymore but I still think that Gneeveguilla are producing good defenders – good forwards – a good midfield and a great panel, and without that panel, we wouldn’t be here. The panel is everything.”

2010 was the last time Gneeveguilla made an All-Ireland semi-final and according to O’Leary the club have still something to prove.

“There are still three of the lads here from that year and they will have something to prove but first we will go away and enjoy this.”

Ballina were first on the scoresheet with a pointed free in the opening minute from Matthew Power and had a chance to double that advantage moments later. However Gneeveguilla showed their attacking prowess straight from the restart with two points in quick succession (Buckley and O’Leary). The Kerry champions also spurned a gilt-edged goal chance in a period of dominance but made up for the error with a trio of points (Buckley, Shane O’Sullivan and Michael Murphy all on target for the Kingdom side.

It didn’t take Gneeveguilla long to raise a green flag with both O’Leary and O’Sullivan finding the net in the opening half.

Ballina showed their worth with a well taken second from Power and an O’Brien goal from the penalty spot in the 22nd minute to keep them in the tie. 2-9 to 1-4 at the interval.

Credit must go to Ballina for the way they continued to push forward at every available opportunity but on the day their forwards invariably ran into a pair of Kerry defenders.

Points from O’Sullivan, O’Leary and Buckley in the third quarter had Gneeveguilla 11 up at the second water-break 2-12 to 1-4. A second goal from O’Sullivan on 50 minutes ended this one as a contest.

Pick up a copy of today’s souvenir match programme for 2 euro. 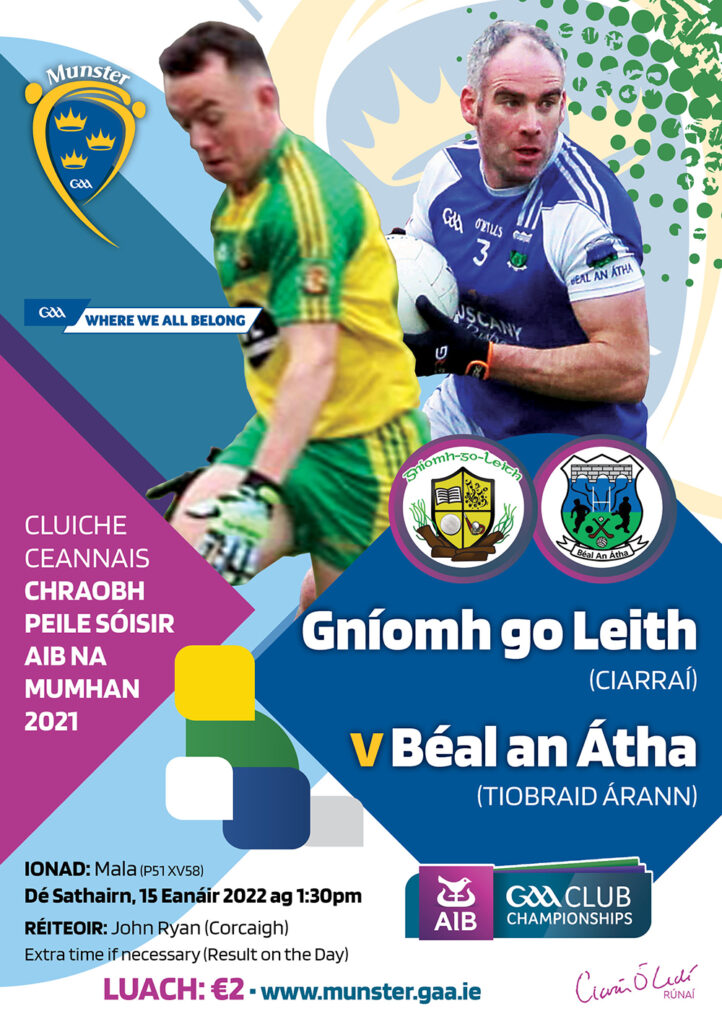