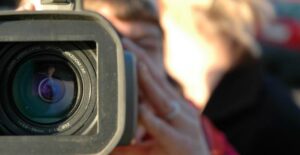 A stunning 51st-minute save with an outstretched leg by Na Gaeil keeper Devin Burns proved the defining moment of this tough contest as Kerry champions Na Gaeil hung on to beat the Tipperary champions Drom-Inch in a-hard hitting and at times bad-tempered Munster Intermediate Club Football semi-final played at Templetuohy this afternoon.

Na Gaeil, who were forced to line out without the O’Connor brothers Diarmuid and Enda due to a family bereavement, had to fight fire with fire as Drom-Inch really got stuck in from the throw-in. Na Gaeil players James O’Connor and Jack Barry picked up yellow cards in the first quarter and Fergal Barry saw a black card in the 19th minute.

The game was tight throughout the opening half with Tipperary’s multiple All-Star Seamus Callanan getting stuck into Stefan Okunbor. While Okunbor eventually got the upper hand, it was mighty physical match-up. Na Gaeil’s best performer was Dan Goggin who was involved in everything good they did but Drom-Inch were always competitive and in Emmett Moloney. Jamie Moloney and Jimmy Campion, they had star performers.

Na Gaeil led 0-4 to 0-2 at the opening water break, with points from Dan Goggin and three from Darragh Carmody including two frees. Podge Campion and a free from Jimmy Mullen had Drom well in the contest when Na Gaeil lost Fergal Barry to a 19th-minute black card.

The Tipperary side took over and added three points from Jimmy Mullen — two frees — and a fine effort from play by Jamie Moloney. However Na Gaeil, driven on by Goggin, Andrew Barry and Okunbor, rallied and a mark and free from Darragh Carmody saw them retire 0-6 to 0-5 in front at half-time.

The third quarter was competitive as Na Gaeil led 0-8 to 0-7 at the water break, thanks to a Jack Bourke point and another from Darragh Carmody. Two points from Jimmy Mullen kept Drom in touch and the game was delicately poised.

Na Gaeil made their move at the start of the final quarter with Jack Barry and Okunbor becoming central figures as tempers became frayed and a raft of yellow cards were issued. Carmody kicked a free when Goggin was hauled down in the 48th minute and Eoin O’Neill made it a three-point game (0-10 to 0-7) with 10 minutes remaining.

Then came Devon Burns’ game-defining intervention from sub Jack Lillis as a goal would have leveled the contest. Instead, minutes later it was game over as Oisín Maunsell’s slide-rule pass found Darragh Carmody and he slid the ball into the Drom net. That was effectively game over with the lead at six.

Drom managed two late points as the referee struggled to keep a lid on things. But Na Gaeil’s experience came through with Andrew Barry steering his team to a hard-earned win. 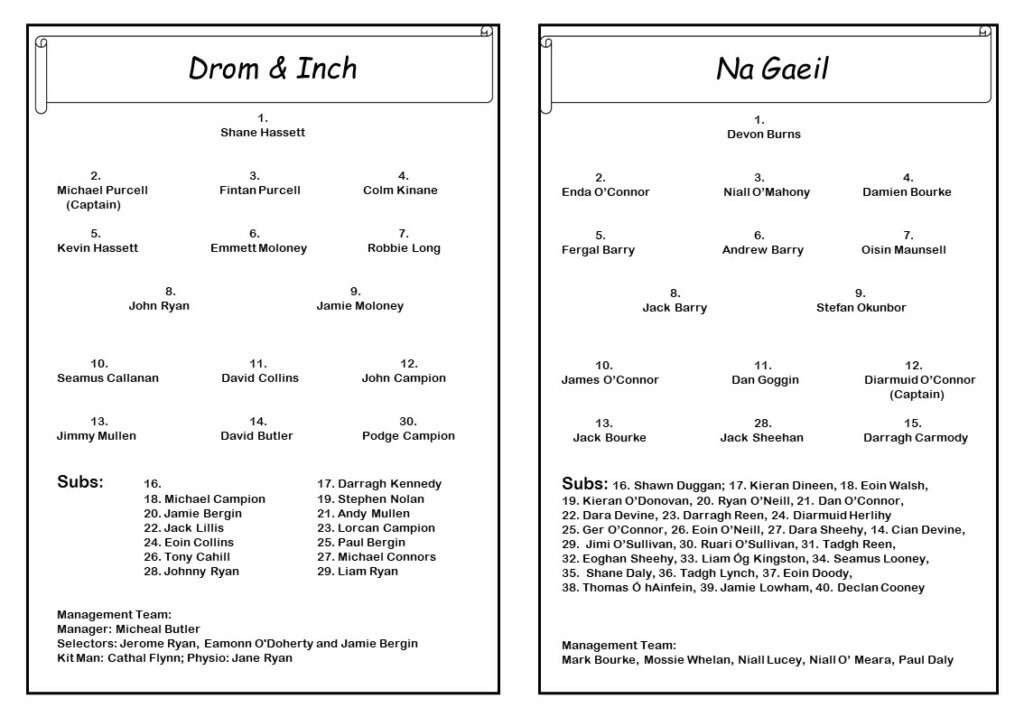