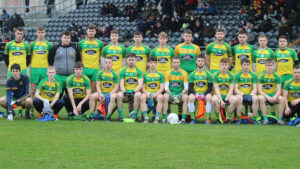 Bragging rights along the Cork-Kerry border for Gneeveguilla, the Kerry champions cruising to victory in this one-sided Munster Club JFC semi-final.

Although they are two clubs who sit in close proximity, the gulf in class between the two teams here was sizeable, as evidenced by Gneeveguilla’s winning margin of 14 points.

It is a win that progresses them to the Munster final at the beginning of next month against Ballina of Tipperary who came through today’s other semi-final.

Ahead by five at the break, Gneveguilla made certain of their place in the Munster decider when outscoring their opponents by 2-5 to 0-2 in the third quarter. The goals, which arrived on 36 and 43 minutes, were finished by John O’Leary and man of the match Sean O’Keeffe.

As well as the two goals, a further nail in the Boherbue coffin was the second yellow card shown to Boherbue midfielder Gerry O’Sullivan early in the second-half.

O’Leary grabbed his second and Gneeveguilla’s third goal shortly after the second water break to complete the rout.

The winners were in a commanding position at the break, leading 0-9 to 0-4, but in truth, they could have had the result wrapped up by the interval had they taken any of the three goal chances they engineered for themselves.

Sean O’Keeffe had probably their best green flag opportunity of the half, his third minute shot superbly tipped over by Boherbue ‘keeper Kevin Murphy. Padraig Doyle had another excellent chance for the Kerry champions, his low effort deflected onto the post by a last-ditch Boherbue intervention.

These chances came about as a result of Gneeveguilla’s free-flowing football and the intricacy of their passing which time and again took them inside the Boherbue cover.

Dominant from very early on, the Kerry champions led 0-6 to 0-1 at the first water break, Sean O’Keeffe and Shane O’Sullivan supplying a pair of white flags each.

CJ O’Sullivan kicked Boherbue’s sole point of the opening quarter and they wouldn’t score again until the 26th minute when the double-marked Jerry O’Connor split the posts. Having at one stage trailed by seven in the opening half, further late points from O’Connor and Liam Moynihan brought Boherbue back within five at the break. 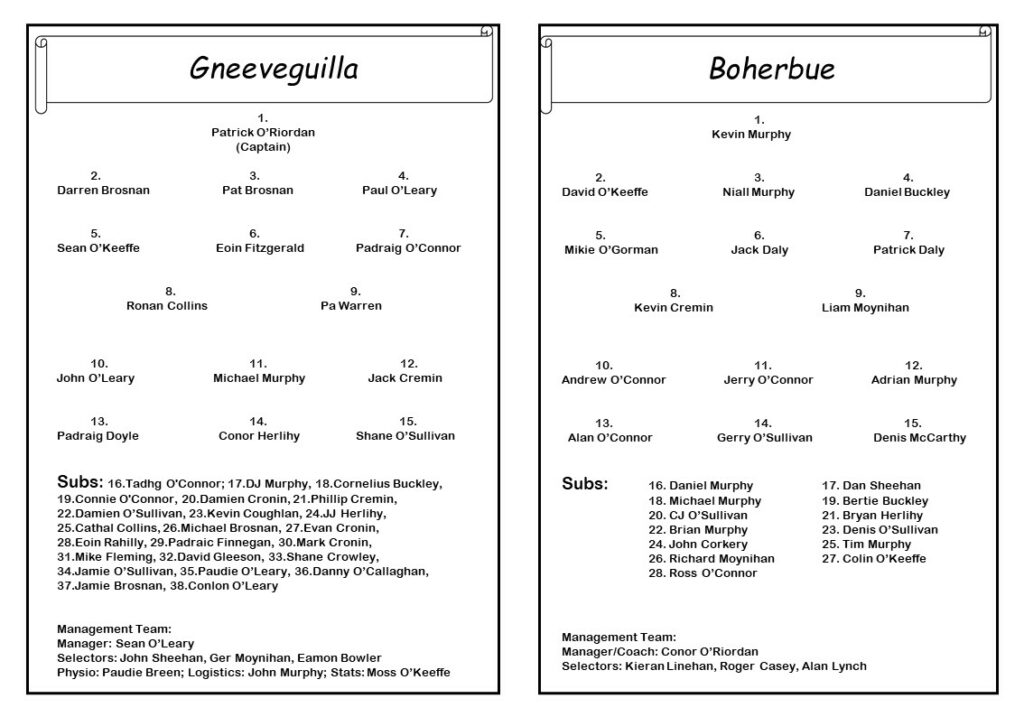