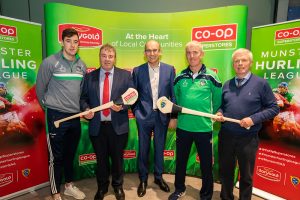 Limerick defeated Tipperary by 2-22 to 1-17 in the 2020 Co-Op Superstores Munster Hurling League on Friday December 20th at the LIT Gaelic Grounds.

Watch the full game via the video link below

A final quarter surge by Limerick, which included a David Dempsey goal, brought an end to Tipperary’s involvement in the Co-op Superstores Munster hurling league.

Tipperary, who never led this contest beyond the opening minutes, had reduced the deficit to the minimum 12 minutes from home. No closer, though, would they come as Limerick sped into the distance with four unanswered points in as many minutes thanks to half-backs, Dan Morrissey and Paddy O’Loughlin, and a Seamus Flanagan pair.

Willie Connors and Jason Forde (free) subsequently brought the gap back to three, 1-18 to 1-15, but there followed the score – a goal from sub David Dempsey after Flanagan pounced on a defensive mistake – which condemned Tipperary to a second Munster hurling league defeat in the space of five days.

Tipperary did have an opportunity of a second goal in the closing stages, but Forde’s close-range free was kept out by Barry Hennessy, the keeper’s third impressive save of a cold evening on Shannonside.

The result, which played out in front of a crowd of 1,628, means the All-Ireland champions cannot now progress to the decider. Limerick and Clare, with one win each, meet in Sixmilebridge on Sunday, January 5 to determine who from Group A progresses to the Munster league final.

Limerick, who outscored their opponents by 1-8 to 0-4 from the 58th minute onward, had earlier seen an eight-point lead wiped out as Tipperary registered 1-5 either side of half-time to level matters at 1-10 apiece in the 38th minute. The Treaty, who had just Richie English and Dan Morrissey in their team from the 15 who began the All-Ireland semi-final defeat to Kilkenny, hit four of the game’s next five points to reestablish their advantage. They went further clear as the finish line came into sight. The introduction of Tom Morrissey was certainly a key factor in their strong finishing burst.

Limerick, though, would fail to score for the closing 12 minutes of the half, during which Tipperary reeled off four-in-a-row. Midfielder Michael Breen, one of the four players on show who started August’s All-Ireland final win, supplied the first of this quartet, with Forde then striking three frees in swift succession.

The visitors finished the half with their wide-count in double-digit territory, Paddy Cadell and John McGrath the only two Tipp hurlers from those wearing numbers five through 15 on their back who did not register a wide in the opening period. There was also a goal chance, struck by Paul Flynn, which Hennessy did well to repel.

Tipperary’s wastefulness was evident from the off, Liam Sheedy’s young charges racking up four wides inside the opening five minutes; 10 by the 31st minute.

The home side were far more clinical in front of the opposition posts. Their outstanding period, particularly where the scoreboard was concerned, arrived between the seventh and 18th minute, John Kiely’s troops posting 1-5 without reply to surge 1-6 to 0-2 clear.

That lead did extend out to eight before Tipperary ate into this gap as the short whistle drew near. And although the Premier drew level early in the second period, crucially, they were never able to sneak their noses in front between there and the line.

This is a general admission fixture – Mackey Stand only