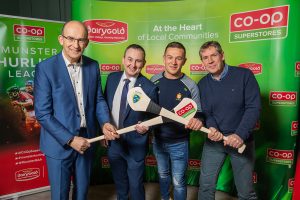 Limerick defeated Clare by 1-27 to 1-19 in the 2020 Co-Op Superstores Munster Hurling League on Sunday January 5th at Sixmilebridge.

WATCH: John Kiely was happy with his youthful @LimerickCLG's performance in their @MunsterGAA Hurling League win over @GaaClare. For the full video head over to our Facebook page #SportLK pic.twitter.com/1bXrKJ8fRs

Limerick advanced to a Munster Senior Hurling League decider against Cork next weekend on the back of a very comfortable eight-point victory over a sluggish Clare side this Sunday afternoon in Sixmilebridge.

A brilliant display of shooting throughout by David Reidy as he plundered 1-12 provided the platform for the reigning Munster and National League champions in a contest where they were never headed.

The tone was set in the opening quarter when Clare struggled badly in coming to terms with the pitch of the game, a failing which allowed a rampant Limerick side hit 0-8 on the bounce in a ten-minute spell up to the 16th minute as they built up an impressive 0-9 to 0-1 lead.

It effectively decided this contest, because while Clare battled back in the second quarter when hitting five out of the last seven points and were only 0-13 to 0-9 adrift at the break, the wind that aided the Shannonsiders was always going to come into play on the turnover.

And so it did, with a 55th minute goal from Reidy finally helping them turn the screw on a Clare that relied on a haul of 0-11 from Niall Deasy to stay competitive in the second half.