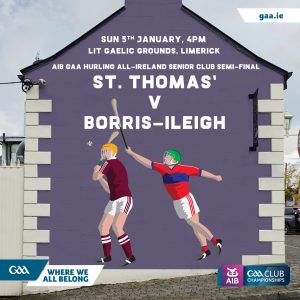 REPORT: @Borris_GAA are through to the AIB All-Ireland Club SHC after a stirring semi-final victory over @StThomassHC #GAA #TheToughest

Report By John Harrington at the LIT Gaelic Grounds for GAA.ie

33 years after their last All-Ireland Final appearance, Tipperary’s Borris-Ileigh are on their way to Croke Park again after this hugely impressive victory over last year’s beaten finalists St. Thomas’ of Galway.

They came into the match as underdogs just like they had against Ballygunner in the Munster Final, but once again they seemed to revel in that status.

There was even a conviction about their warm-up as their players a good deal of time fighting one another for ruck-ball, and it was surely no accident that they then won the majority of those contests in the match itself.

Once again, county star Brendan Maher summed up the mixture of defiance and class that have proven to be such a potent cocktail for this Borris team.

He scored a total of ten points, and left his best trick until last when he somehow managed to score a late point from play having seconds earlier split the bas of his hurley when converting his seventh free of the game. That moment was symbolic of the Tipp team’s greater determination to win this match regardless of the circumstances.

St. Thomas gave their all too, though, and contributed hugely to a wholehearted and utterly absorbing game of hurling. At times it looked like the Galway side had the better stick-men, but Borris had the edge in speed, raw hunger, and general derring-do.

It was St Thomas’ who landed the first heavy blow of the match when Eanna Burke drove an unstoppable shot to the roof of James McCormack’s net after a clever assist from Oisin Flannery.

Borris-Ileigh’s response spoke volumes about their character as they hit three points in quick succession to cancel out the Galway club’s goal.

The Munster champions were growing increasingly dominant thanks to the influence of Brendan Maher and Dan McCormack in their half of the field and the power of brawny attackers Conor Kenny and Jerry Kelly in the opposition’s.

The quicksilver James Devaney was also showing his speed and class whenever he was given ball in space, and a 20th minute effort from the teenager had the teams level by the 20th minute, 1-4 to 0-7.

Borris then hit two inspirational points in quick succession through Kevin Maher and Kenny and by half-time were leading by 0-10 to 1-5.

The teams exchanged a brace of points each early in the second-half but it looked like St. Thomas’ were gaining the upper hand when they hit the next three in a row as Darragh Burke and Shane Cooney really thundered in to the match.

But Borris-Ileigh gritted their teeth and hit back with three of their own to grasp the initiative again.

It was mid-way through the second-half now, a key period of the match, and St Thomas’ did themselves no favours at all with a series of poor wides.

They finished the match with a total of 14, and will surely reflect that they were architects of their own downfall to a certain extent.

Credit to Borris-Ileigh, they were in the mood to take full advantage, and a Kevin Maher point on 50 minutes felt like a crucial score both in terms of timing and context because the manner in which he blocked down James Regan and then drove the ball over gave both his team-mates and the Borris-Ileigh support a visible lift.

Conor Kenny then hit a very similar score himself after another block-down to further emphasise the fact that Borris-Ileigh now really had the bit between their teeth.

They finished with a real flourish too as Brendan Maher hit that miraculous point with half a hurley and then the speedster Devaney tore through for a real exclamation mark of a goal with the final play.

James Devaney finishes the game off with a great goal for @Borris_GAA ! pic.twitter.com/iJ8divZtqq

It was yet another heroic win in a season of them for a club that has given the people of their parish a serious lift after a difficult time for so many in it.

They’ll go into the All-Ireland Final as underdogs against reigning champions Ballyhale Shamrocks, but you just know they’ll be convinced they can pull off yet another shock and you wouldn’t doubt them at this stage either. 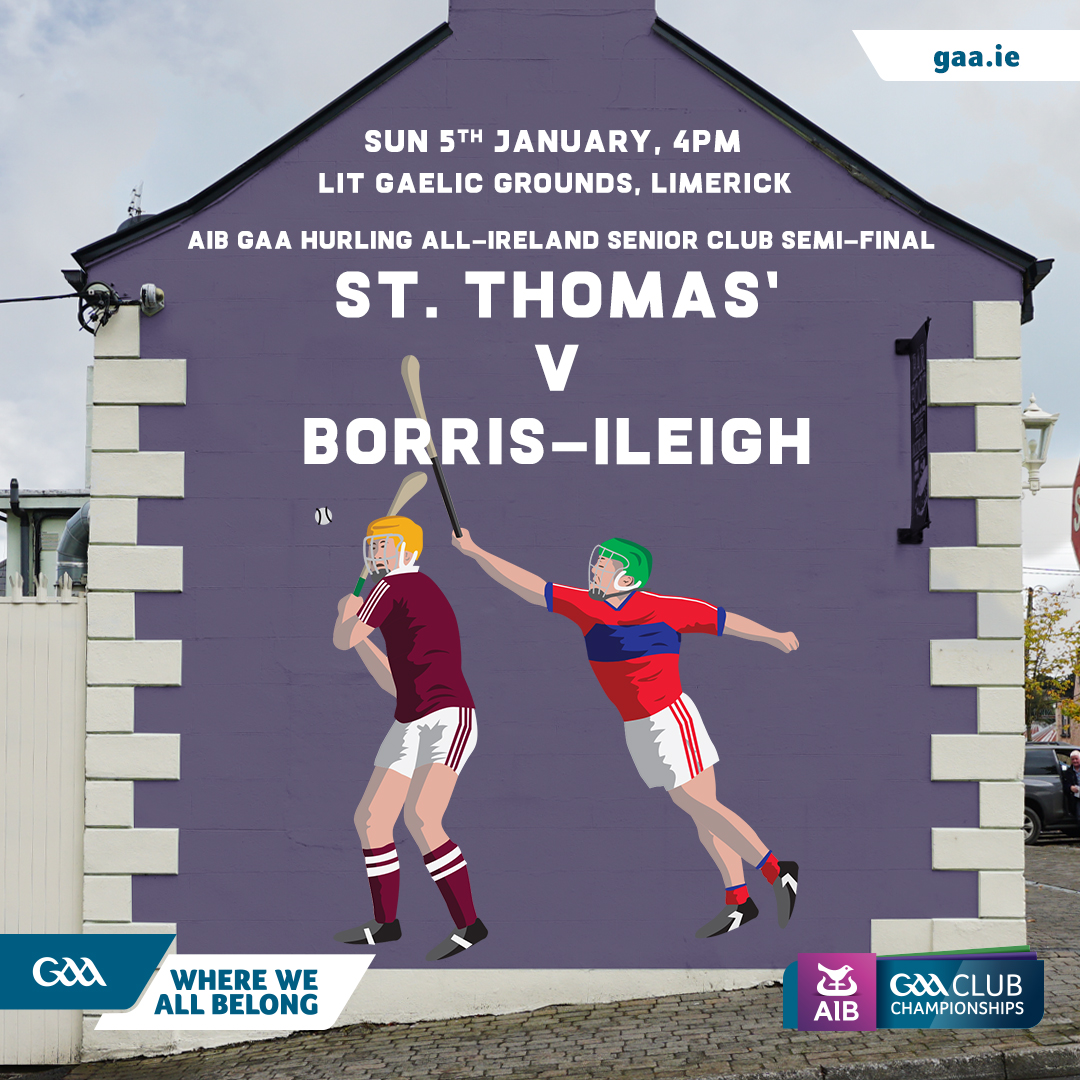