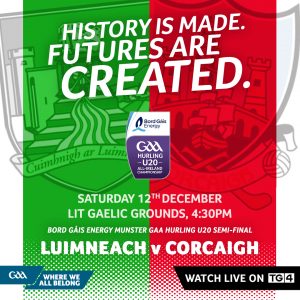 Cork defeated Limerick by 2-29 to 0-21 after extra time in the Bord Gáis Energy Munster Under 20 Hurling Championship Semi-Final on Saturday December 12th at the LIT Gaelic Grounds.

A rousing extra-time performance — during which Cork outscored Limerick by 1-15 to 0-4 — propelled Pat Ryan’s young troops into the Munster U20 hurling final on December 23.

Having failed to hold onto a four-point lead towards the end of the regulation hour, Cork were not perturbed by their failure to get the job done at the first time of asking and moved out of Limerick’s reach when winning the first period of extra-time by 0-8 to 0-2.

Standing out in that 0-8 haul were three sideline cuts, all from roughly the same position, from sub Colin O’Brien. The Cork replacements were to exact significant influence during that first period of extra-time as Brian Hayes also hit two from play. In total, the Cork bench contributed 1-12.

Ahead by 1-22 to 0-19 at the quick turnaround, Cork were not for catching. Their display in the second period of extra-time was even more dominant.

O’Brien added a point to bring his personal tally to 0-5. Hayes clipped 1-1 to finish with 1-4 beside his name, while fellow subs Shane O’Regan and Brian O’Sullivan (free) also split the posts.

Cork hit more in the 20 minutes of extra-time (1-15) than they did in the first hour (1-14). They will now play the winners of the Tipperary-Waterford semi-final in the decider.

Four Aidan O’Connor frees between the 57th and 63rd minute had brought Limerick level for the first time in this Munster U20 semi-final and meant two 10-minute periods of extra-time would be required.

Overall, it was a gritty and determined second-half from the hosts. Paul Beary’s charges hit as many points in the first four minutes of the second-half – four- as they did in the entire first-half. Bryan Nix, Josh Considine, Cathal O’Neill and Cormac Ryan (free) supplied this flurry of scores to reduce Cork’s half-time interval lead of six to two.

Limerick, after a sluggish opening half, had finally shown up at LIT Gaelic Grounds.

Shane Barrett provided a badly needed Cork score in the 36th minute and while the Treaty would continue to outwork and outscore their opponents for the rest of the third quarter and, indeed, in the minutes after the second-half water break, they were unable to get back on level terms.

Two-in-a-row from Limerick sub Mark McCarthy and Cormac Ryan (free) left the minimum between the sides on 49 minutes, but no equaliser could Beary’s side locate.

They’d again get back within one on 51 minutes after Barrett once more stepped up at the other end for Cork.

An Alan Connolly brace and a white flag from sub Shane O’Regan edged Cork four in front and they had further chances thereafter to see them over the line in normal time, but three wides and a vital hook as Brian Roche struck for the winning point in the 64th minute, coupled with O’Connor’s unerring accuracy for Limerick, meant extra-time was required.

Pat Ryan’s charges were in the driving seat at half-time, ahead by 1-7 to 0-4. The visitors to LIT Gaelic Grounds asserted themselves early doors, Brain Roche (0-2), Alan Connolly (free), and Tommy O’Connell (free) on target to nudge Cork four clear by the 10th minute.

Limerick did engineer a goal opportunity in the opening minutes, but neither Cathal O’Neill nor Cathal Downes could steer the sliotar into the net.

There were 14 minutes elapsed when Dylan O’Shea, from the dead-ball, put Limerick on the scoreboard. A second O’Shea point and a fine Cathal O’Neill effort brought Limerick within the minimum on 18 minutes, but that was as close as the hosts came, the Treaty managing just one point across the closing 12 minutes of the half.

Cork, by contrast, added 1-3 to their tally. Their goal, on 19 minutes, was a piece of art, Alan Connolly’s deft touch and quick offload setting up Shane Barrett who finished expertly from the 20-metre line.

Cork should have added a second goal thereafter, Alan Connolly’s shot blocked by a green shit.

Cork had three different freetakers in the first-half, with Tommy O’Connell sending two placed-ball efforts wide before Daire Connery was moved onto the long-range frees.

That said, it was Limerick, with eight first-half wides compared to Cork’s seven, who were arguably the more wasteful.

In the end, it was the Cork bench that proved the difference. 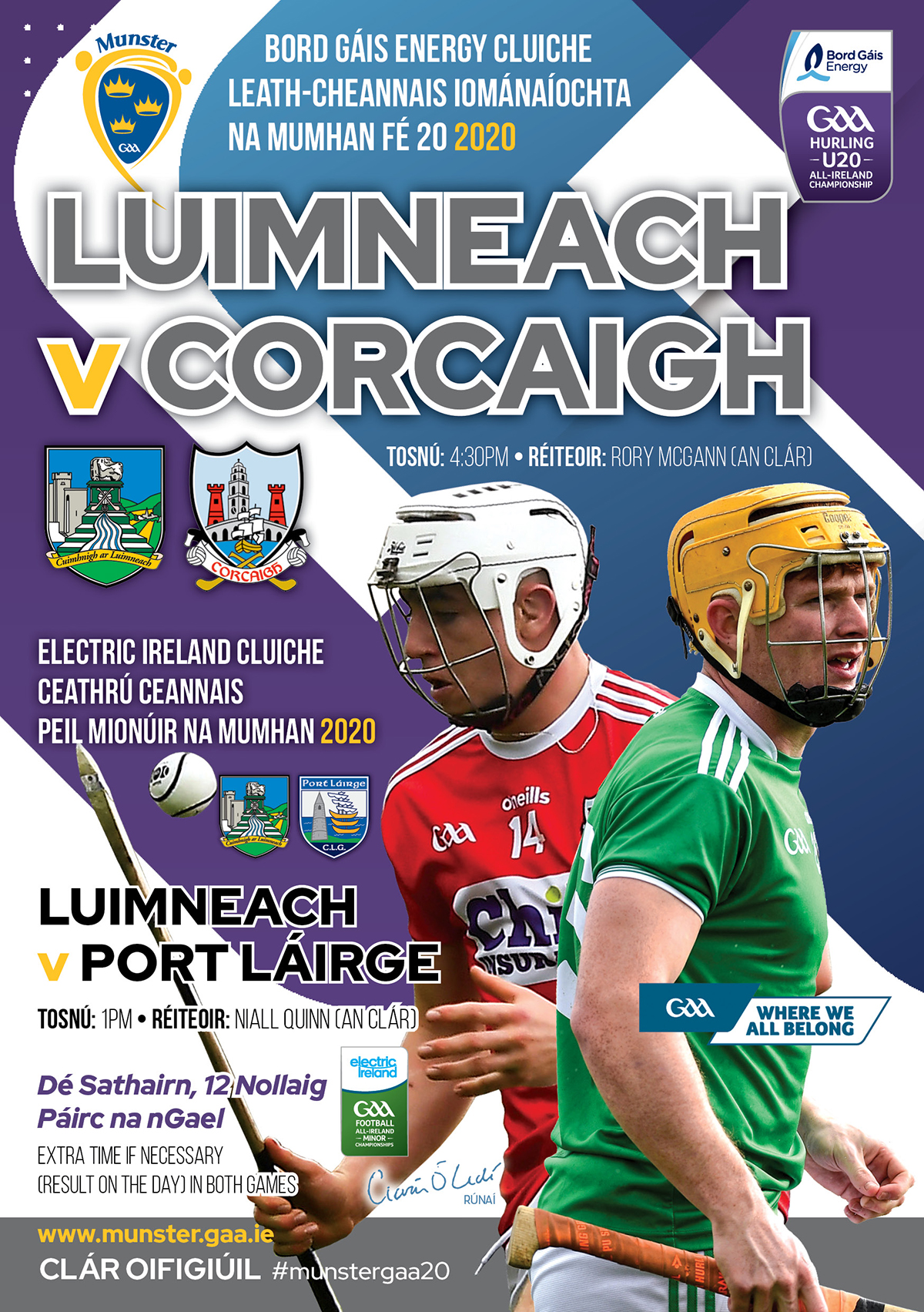 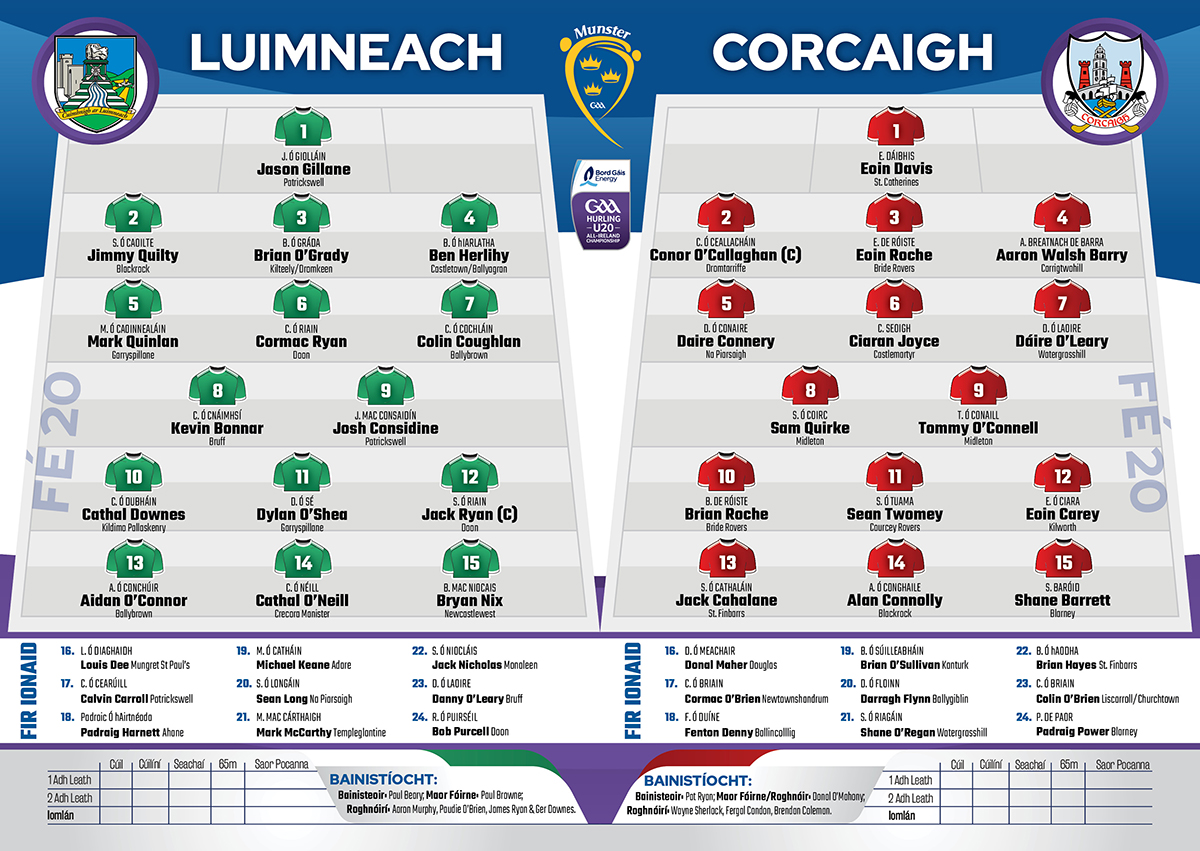