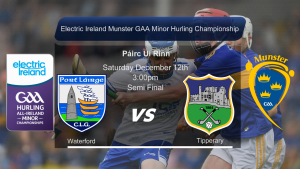 Report by John Coleman for the Irish Examiner newspaper

A Kenny Lee goal two minutes from time booked Tipperary’s place in this year’s Electric Ireland Munster MHC final at the expense of Waterford in Páirc Uí Rinn this afternoon.

Tipp were leading by 1-13 to 0-12 against a dogged and gallant Déise outfit but Lee, whose direct running on his introduction after half-time had already earned him a point, finally settled matters and set up a final against reigning champions Limerick on Sunday week.

The Premier set the pace in the opening half, racing into an early four-point lead with Moneygall’s Seán Kenneally a constant threat in their full-forward line. Two Jack Booth points settled Waterford before a Jack Leamy goal gave Tipp a 1-5 to 0-2 lead at the water break.

They stretched that lead on the resumption but as the half progressed, Waterford found their rhythm and points from Patrick Fitzgerald and Seán Callaghan saw them trailing by 1-8 to 0-5 at the break.

They continued to take the game to Tipp after the break with Mark Fitzgerald in outstanding form at centre-back and his namesake, Patrick a constant threat up front and the gap was down to three, 1-10 to 0-10, at the second water break.

However, they were never able to get closer than that as Tipp’s greater balance shone through in the final quarter. Lee pointed, Leamy slotted over two more while Fitzgerald responded with two frees for Waterford.

But then came Lee’s killer blow that ensured Tipp’s long season goes on a little longer. 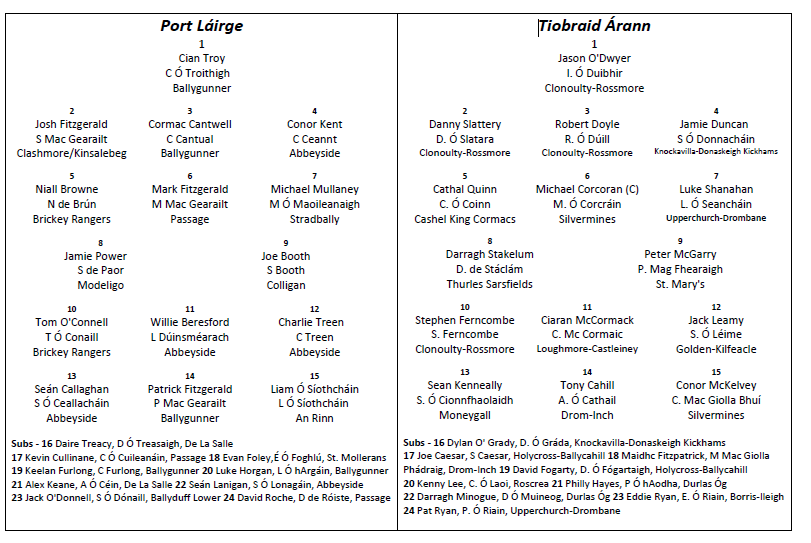 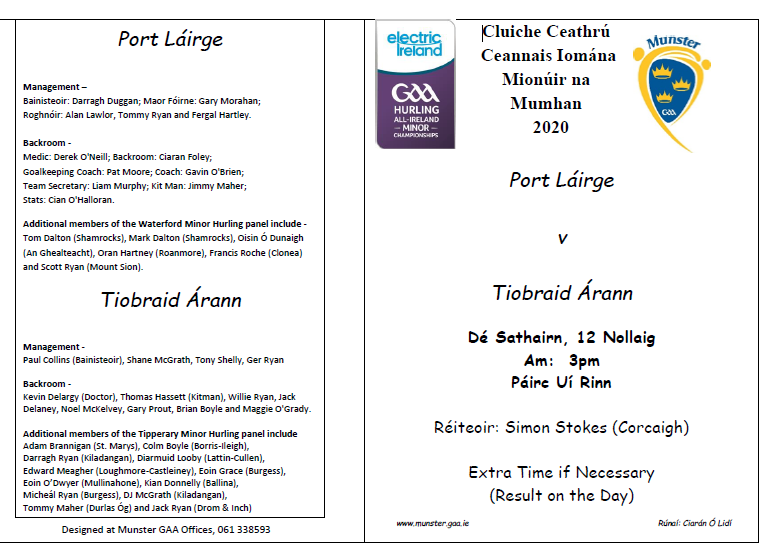 Live Streaming can be purchased now ahead of Saturday's 3pm throw-in from Páirc Uí Rinnhttps://t.co/abvNcR5GIw pic.twitter.com/ANOMpyNPZQ

Live Streaming can be purchased now ahead of Saturday's 3pm throw-in from Páirc Uí Rinnhttps://t.co/abvNcR5GIw pic.twitter.com/7bg2HcowCY

Best of luck to Darragh Duggan, his management team and all of the panel! ⚪️🔵#deiseabú pic.twitter.com/pCsXZhrna0