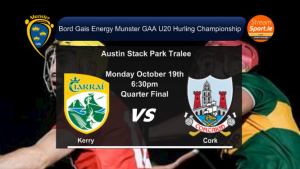 Cork advanced to play Limerick next Monday night in the Munster U20 Hurling Championship with a routine 14-point win over Kerry.

Kerry had moved up from the B grade for 2020 and can be proud of their performance against the 2019 All-Ireland runners-up at Austin Stack Park.

Kerry matched their opponents in the opening quarter, at which point Cork held a slender 0-4 to 0-3 lead. Michael Slattery and Dan Casey got the first two points for the Kingdom as it took Cork most of the quarter to settle.

Two points from the excellent Tommy O’Connell and a sublime effort from the wing by Shane O’Regan saw Cork edge in front, and they were never subsequently headed.

Wing-back Darragh Slattery and O’Connell traded scores and Michael Slattery levelled again after a fine run and point but Cork had returned from the water break with fire in their bellies.

Kerry stuck to Cork’s coattails for long periods of the second half. Six third-quarter points should have settled the issue but two Michael Slattery points and a free that went all the way to the net meant that Cork’s lead was only marginally increased by the end of the third quarter, 0-17 to 1-7.

Brian Roche restarted with a goal and once Pat Ryan ran his bench, Cork pulled clear. Substitute Brian Hayes scored 1-2, but not before Kerry’s Nathan Guerin had found the Cork net to reduce the gap to ten.

Cork had nine different scorers and their class was always going to see them through, though Kerry’s gusty performance surprised more than a few.

“Real honest, hard working and full of effort” was how ⁦@Kerry_Official⁩ under 20 manager ⁦@fintanoconnor10⁩ saw his teams efforts this evening. #GAA pic.twitter.com/xd75i0NSl6 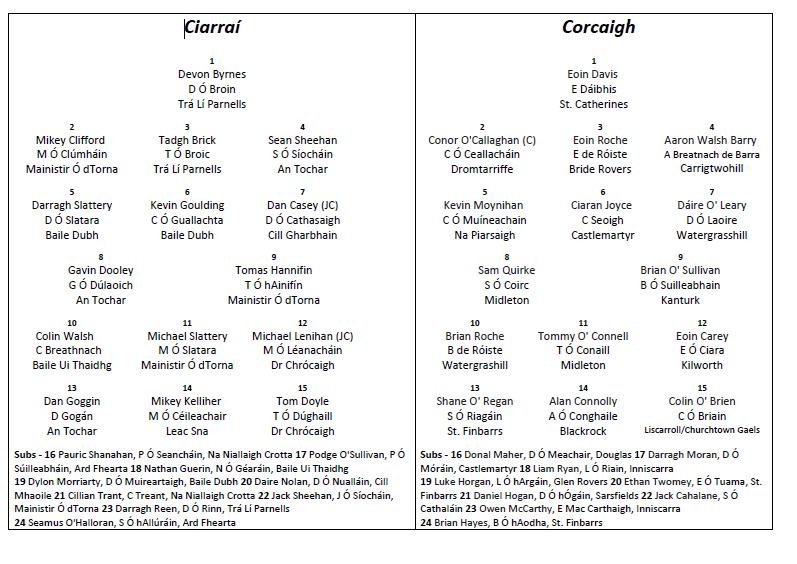 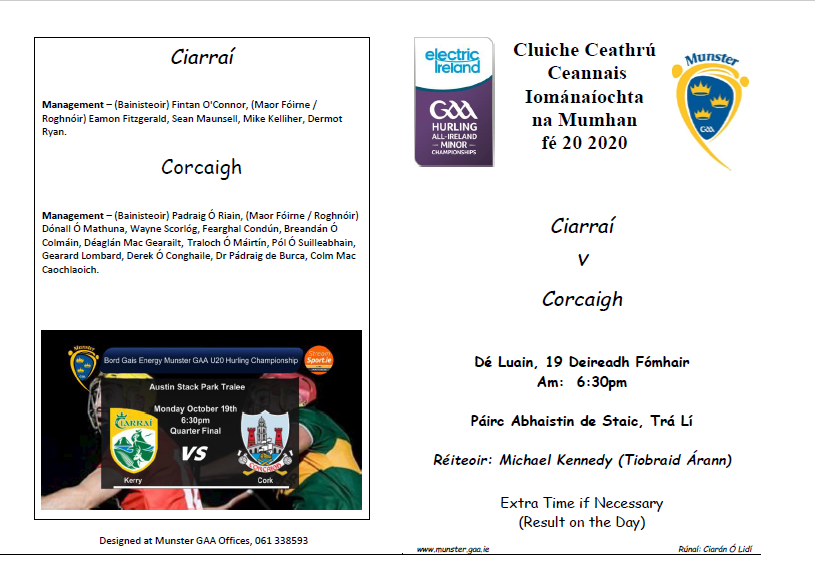 Live Streaming can be purchased now ahead of the 6:30pm throw-in on Monday from Austin Stack Park Traleehttps://t.co/P1tgBjwlGe pic.twitter.com/fciUEvzkdM

Live Streaming can be purchased now ahead of the 6:30pm throw-in tonight from Austin Stack Park Traleehttps://t.co/P1tgBjwlGe pic.twitter.com/pTmcM6rgnP