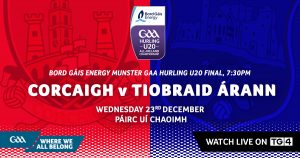 Cork defeated Tipperary by 1-16 to 1-14 in the Bord Gáis Energy Munster Under 20 Hurling Championship Final on Wednesday December 23rd at Páirc Uí Chaoimh.

Report By Denis Hurley at Pairc Ui Chaoimh for GAA.ie

A late surge from Cork, which put them six points clear of Tipperary, was enough to secure the Bord Gáis Energy Munster Under 20 title at Páirc Uí Chaoimh, despite the visitors giving themselves hope with a goal at the death.

While Cork had led by 0-13 to 0-11 as the second-half water-break, points just before and just after the stoppage from Andrew Ormond tied matters for the first time since the opening half. It asked a question of Cork but they had the lead again thanks to a superb point from Shane Barrett, his fifth, and Daire Connery’s free from distance restored the two-point advantage.

In the 58th minute, they were five clear as a low ball across goal from sub Seán Twomey was picked up by another replacement, Brian O’Sullivan, and though his shot was saved by Aaron Browne, a third sub, Jack Cahalane, was on hand to fire the rebound to the net.

When Cahalane landed a free in injury time, it was 1-16 to 0-13, the biggest lead of the game up to that stage but Tipp, the defending Munster and All-Ireland champions, didn’t give up easily. After Ormond got his third point of the night, he struck for a goal in the 63rd minute following Eoin Davis’s stop to deny Keith Ryan, but no further chances presented themselves for Tipp.

Cork – beaten by Tipp in the last Under 21 final in 2018 and the first Under 20 decider in 2019 – are now in a third straight final, awaiting Leinster champions Dublin or Galway, with January 9/10 the scheduled date.

They were able to afford a slow start here, with Devon Ryan putting Tipp 0-2 to 0-0 ahead early on, but Cork soon found their rhythm and Darragh Flynn and Barrett had them level with a pair of well-worked points and Alan Connolly put them ahead with a pair of frees.

With Eoin Carey impressing in midfield, they moved 0-8 to 0-4 in front when Colin O’Brien got his second point in the 22nd minute but Tipp came back well, led by the long-distance free-taking of captain Eoghan Connolly.

It was 0-10 to 0-9 for Cork at half-time and they couldn’t shake free of Tipp in the third quarter – in fact, Tipp should probably have had a goal but Kevin Maher was penalised for over-carrying when he was through and Ormond was denied by a Davis save.

In the closing stages, Cork made their push and, ultimately, it was sufficient to ensure the win. 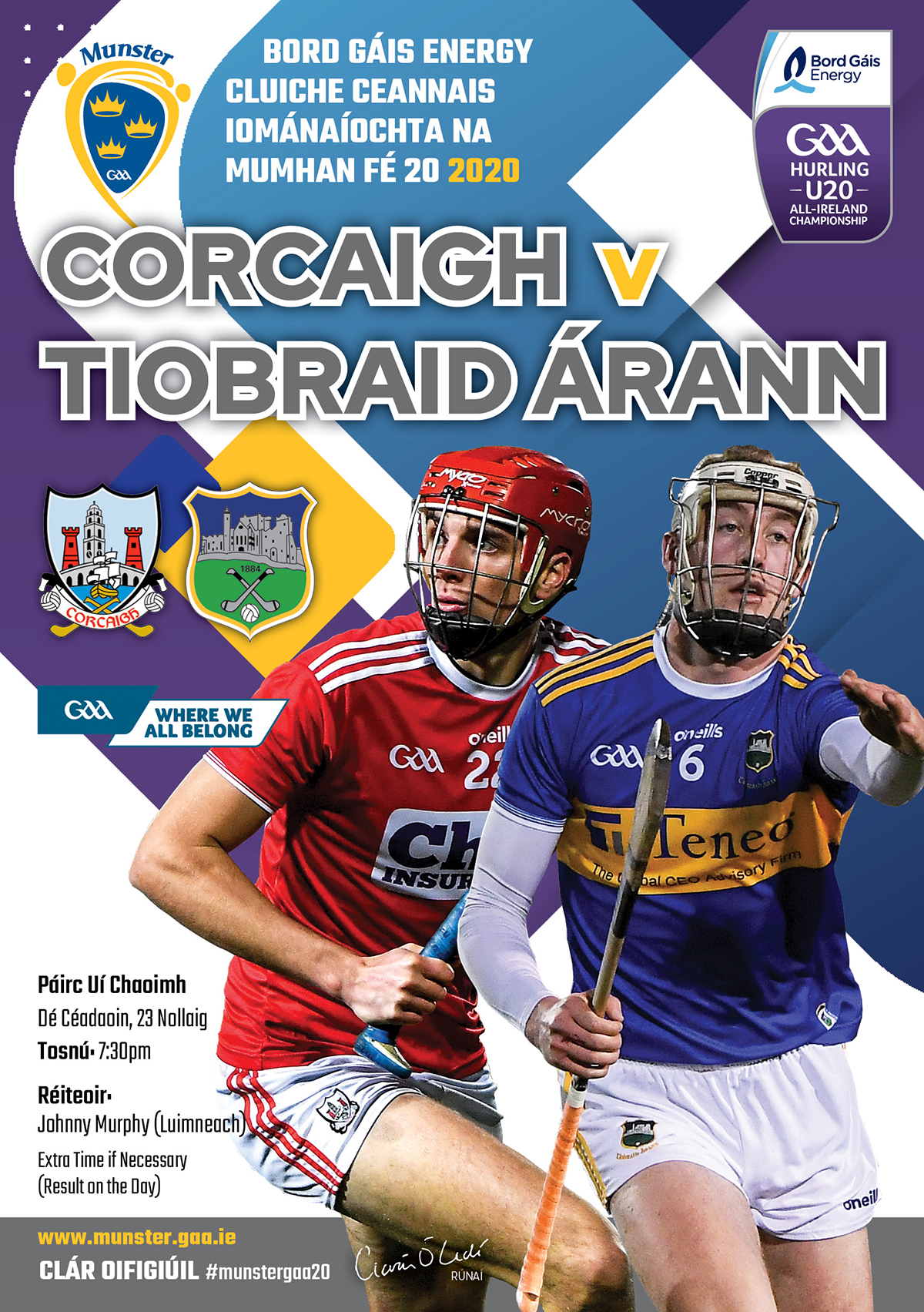 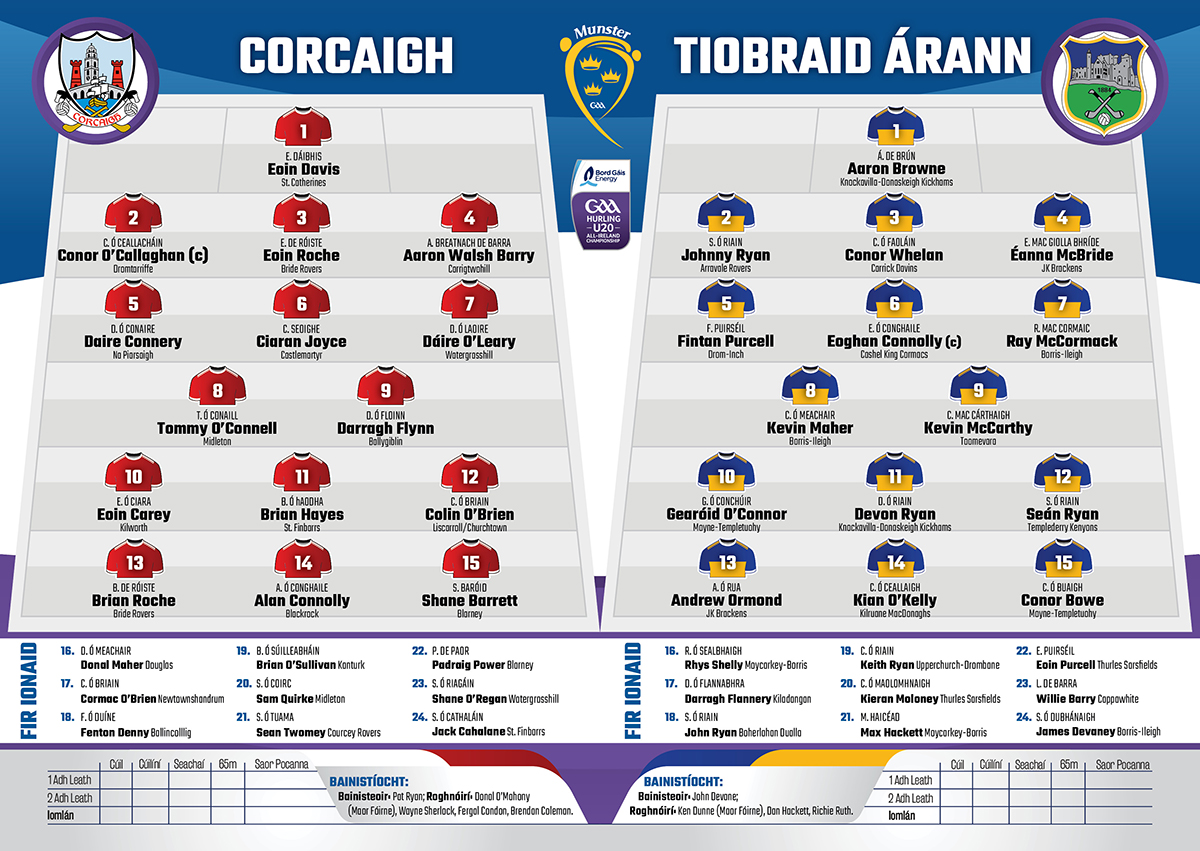 The Cork team to play Tipperary in the @BordGaisEnergy Munster Under 20 Hurling Final has been announced. https://t.co/8cCDg1wmmP