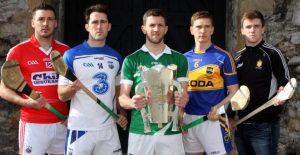 The championships were officially launched by the recently retired Kerry Footballers Tomas O Se in the presence of a large attendance of GAA officials, sponsors and the assembled media who met with players & management throughout the evening.