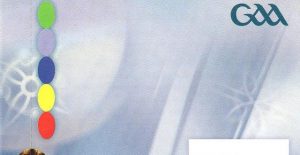 Kerry defeated Limerick by 1-14 to 2-8 in the EirGrid GAA Football Under 21 Munster Championship Semi-Final on Wednesday March 16th at Austin Stack Park Tralee.

Kerry 1-14 Limerick 2-8: Another gut-check for Kerry in the Munster U21FC at Austin Stack Park last night but, as against Tipperary last week, they prevailed.

In front of 1,714, the outcome was in question until deep into injury-time, when points from midfielder Barry O’Sullivan and sub Jordan Kiely ensured the hosts would advance to the final on April 7.

Having led 0-7 to 0-5 half-time, Kerry fell behind when Limerick’s Killian Ryan goaled following a mazy run two minutes after the restart. Killian Spillane’s third point levelled and then the Kingdom looked to have set the game back on its widely-expected path. From a beautifully weighted pass by Jack Savage, Tony Brosnan was able to palm past Andrew Ruddle for a 1-8 to 1-5 lead.

But Limerick were full of character. Hugh Bourke’s fifth point of the game provided an instant response and it got even better when Ryan and Bourke linked to set up Brian Fanning for a second goal, an excellent low finish from a narrow angle.
advertisement

As good as Limerick were, though, Kerry didn’t panic either. Savage levelled again with a free and then two fine Spillane points put them back into a lead they wouldn’t lose, though the first of them had a question-mark attached as it hovered over the post.

Limerick couldn’t be shaken off, but at times the visitors lacked players to take on scoring chances and possession was turned over – even if their bench felt it wasn’t always done fairly.

Kiely’s point from Micheál Burns’ pass put Kerry 1-12 to 2-7 in front on 58 minutes, but Fanning’s excellent point gave Limerick hope in the five minutes of additional time. They couldn’t find an equaliser though and Kerry saw things out.

Their manager Jack O’Connor took some positives, but also cited areas to work on. “We were good when we had the ball, we weren’t so good when we didn’t,” he said. “We’re going to have to defend better as a unit, not allow our backs to be isolated like they were tonight.

“We kicked 1-14, which is a good score any night. Kiely gave us great impetus up front and Éanna Ó Conchúir gave us great legs. We need to improve, but I think there’s improvement in us. Cork will be something similar, they are after winning two games by over 20 points a night. We’re well aware that there’s a huge task ahead of us.”

“We’re not interested in moral victories. We put a in a performance against Cork last year that, in the build-up to this game, nobody gave us much credit for. We performed because we had the effort put in.”

If Brouder had one misgiving, though, it was in the second-half free-count. “I think it was 15 for Kerry and three for Limerick,” he said.

“We’d hugely aggrieved with some of the calls coming down the straight. Tralee is a tough place to come, hard to get a result; it’s even harder when those 50-50 calls are going against you.”

In the first-half, Kerry could afford a 12-minute period without a score but still led by two at half-time. The hosts showed good signs in fits and starts, with the corner-forwards, Tony Brosnan and Jack Savage, dovetailing nicely with number 14 Killian Spillane, the trio account for all of their opening-period output.

Four points in a row between the seventh and 13th minutes had eradicated an early 0-3 to 0-1 deficit, and things would have been very comfortable had Brosnan not been unlucky to rattle the crossbar with a ferocious shot after Tom O’Sullivan had excellent placed the ball in his hands.

That let-off helped Limerick to reignite their challenge. Early on, they played with a guile and gumption which had seen them take the lead, with Hugh Bourke and Brian Donovan getting nice scores, and it was two Bourke frees which tied matters by the 23rd minute. Savage and Spillane ended Kerry’s drought to give them that two-point lead, but Ryan’s excellent goal on the resumption gave notice Limerick weren’t for lying down and the Kerry goal didn’t faze them either. They may have lost, but died with their boots on.

Kerry name Under 21 Side for visit of Limerick… https://t.co/NX0ppfhzYP

The Kerry Team to play Limerick in the EirGrid Munster GAA Under 21 Football Championship Semi Final at Austin Stack Park on this Wednesday evening at 7:30 shows three changes in personnel from the side that defeated Tipperary in the opening Round. Barry O’Sullivan replaces Greg Horan in midfield, David Foran comes in for the injured Brandon Barrett in the half forward line and Killian Spillane takes over on the edge of the square from Eánna Ó Conchúir.

The team contains 5 of the side defeated by Cork in last year’s semi final game – Brian Ó Beagaloich, Cathal Ó Lúing, Barry O’Sullivan, Micheál Burns and Jack Savage. 10 of the side won All Ireland Minor Medals in either 2014 or 2015.

The Limerick U21 football team and panel to face Kerry on this Wednesday evening is announced. The Limerick U21 management team has released their panel of 24 to take on Kerry in Tralee.