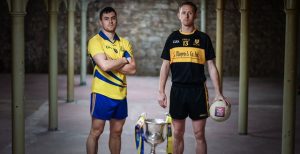 Dr Crokes, courtesy of this 18-point annihilation of The Nire, sauntered to a fourth Munster title in six years this afternoon.

The game as a contest was well over by the call for the interval break with the Kerry champions ahead by 3-9 to 0-1. Daithí Casey, who supplied all three of Crokes’ goals, raised the first of his green flags nine minutes in. Colm Cooper, with his first touch of the game, started the move. It put the favourites 1-2 ahead and already The Nire looked in trouble.

Points followed from Casey (free), Brian Looney and O’Leary tagged on points and they celebrated a second goal when Casey banged home a 20th minute penalty. The referee initially awarded a 20-metre free but then gave the penalty following consultation with his umpires.

At 2-5 to 0-0, it was ominous for the underdogs. Dermot Ryan kicked their sole score of the half on 21 minutes. Crokes answered with a superb Casey goal. Looney, Cooper and Johnny Buckley had the difference at 17 come the break.

It was 18 come the final whistle. A seventh title in total for the Killarney club. Next up is Corofin in the All-Ireland semi-final.

Adult: €15.00
Concession (Student/OAP): Rebate of €5.00 on full price tickets is available on match day at the designated stile with valid I.D. PRIOR to entry
Juvenile (Under 16 Years of Age): Free of Charge

All-Stars in different codes but this weekend is all about the @MunsterGAA Football Final! #TheToughest pic.twitter.com/a7p7upsnZn

Don’t miss out on the 36 page souvenir match programme.