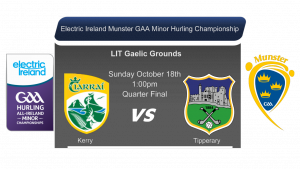 Tipperary defeated Kerry by 0-32 to 0-9 in the Electric Ireland Munster Minor Hurling Championship Quarter-Final on Sunday October 18th at the LIT Gaelic Grounds.

Report by John O’Dowd for the Irish Examiner newspaper

DESPITE a very brave opening quarter from Kerry, Tipperary eventually subdued the Kingdom’s resistance to run out comfortable winners of this Electric Ireland Munster MHC quarter-final at the LIT Gaelic Grounds.

While the second half scoreline of 0-18 to 0-2 in favour of the Premier county highlights the gulf in quality between the sides, Kerry, on their first appearance at this level since 2014, can be extremely satisfied with their first half display.

Indeed, with midfielder Ronan Walsh impressing from the outset, Kerry led by 0-4 to 0-2 after ten minutes, and were still only two points behind their illustrious opponents at the first half water break (0-7 to 0-5). Tipperary certainly got into their stride in the second quarter, with the likes of Peter McGarry, Tony Cahill and Jack Leamy all finding their range, and Stephen Ferncombe an impressive operator from frees, and they held a seven-point lead to the interval (0-14 to 0-7).

Kerry were indebted, however, to outstanding goalkeeper, Darragh Quinlan, after the Ballyduff man produced three excellent saves to prevent Tipperary from raising a green flag – Ferncombe, Ciaran McCormack and Leamy all denied.

As expected, Kerry couldn’t keep up the pace in the second half as Tipperary burst from the blocks, firing over 14 unanswered points before the Kingdom broke their scoring famine with a 50th minute Walsh free.

Tipperary will be delighted with the fact that eleven different players registered on the scoreboard, with full-forward Cahill, corner-forward Sean Kenneally and midfielder McGarry probably the pick of the bunch. Tipperary will now prepare for a much stiffer test against Waterford in the provincial semi-final. 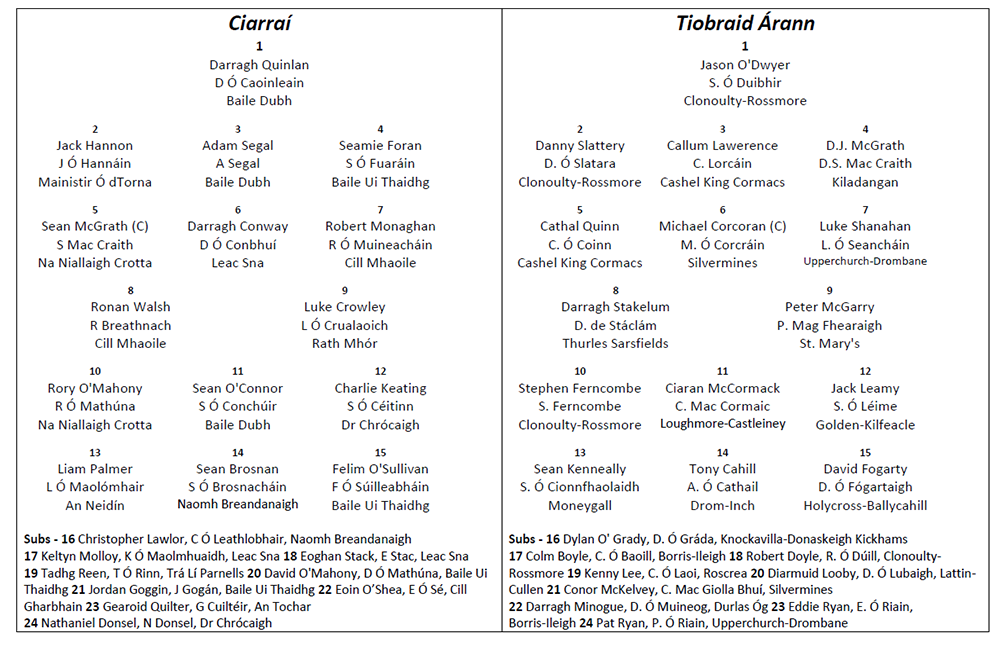 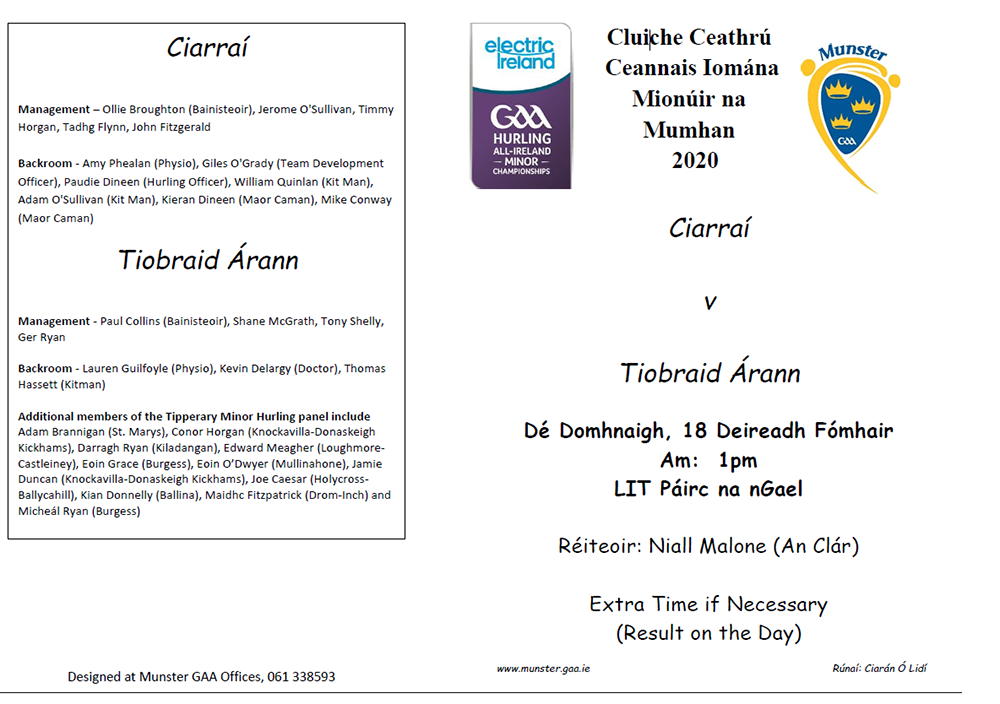 Live Streaming can be purchased now ahead of 1pm throw-in on Sunday from the LIT Gaelic Groundshttps://t.co/kTIsLVAsp0 pic.twitter.com/W53y30aTfn

Live Streaming can be purchased now ahead of 1pm throw-in on Sunday from the LIT Gaelic Groundshttps://t.co/bo1uEFnxHV pic.twitter.com/IrueGwOBHW