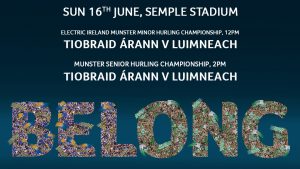 Tipperary defeated Limerick by 1-22 to 0-21 in the 2019 Munster Senior Hurling Championship on Sunday June 16th at Semple Stadium, Thurles.

Report By Shane Brophy at Semple Stadium, Thurles for GAA.ie

Tipperary completed a perfect Munster Championship round-robin campaign by defeating All Ireland champions Limerick in front of a bumper crowd of 39,115.

However, the sides will have to do it all over again in two weeks time in the Munster Final at the LIT Gaelic Grounds as despite the defeat, the Shannonsiders progress to the decider in two weeks time with Tipperary having pipped both Cork and Clare on score difference for second place.

It proved to be a costly victory for Tipperary with Cathal Barrett (hamstring) and Patrick Maher (knee) forced off before half time with major concern over the latter who was in severe pain and had to be stretchered from the pitch. Limerick’s Sean Finn also limped from the field late in the game in what proved to be an attritional game.

Tipperary were full value for their victory having hit thirteen wides to Limerick’s nine, laying the platform for the win in the first half where they led 0-12 to 0-8, despite having played against the breeze.

This was despite having been held scoreless for the first nine minutes as Shane Dowling and Aaron Gillane had Limerick into an early lead but Tipp hit back with the next five with Brendan Maher and Seamus Callanan on target from play.

Limerick relied heavily on Aaron Gillane for scores in the opening half, mainly from free, as Cathal Barrett was doing well on the Limerick star until he was forced off before half time. Seamus Flanagan was also denied a goal by a fine Brian Hogan save.

The introduction of Graeme Mulcahy at half time paid immediate dividends for Limerick as he set up Gillane for a point before scoring one himself as the All Ireland champions cut the margin to two, this in the same move that saw Nickie Quaid make a fine save to deny John O’Dwyer.

However, a minute later Tipp did get the goal they had been threatening as John McGrath’s handpass took out two Limerick defenders as Seamus Callanan ran on before side-stepping two more defenders and firing to the net.

From there, Limerick could never get any closer than three points with Tom Morrissey and Gillane their main threats up front, however, with Padraic Maher to the fore at centre back, Tipperary were always able to keep them at arms length, helped by two sublime sideline cuts by Jason Forde who top-scored with eight points with nine different scorers contributing.

Munster GAA can confirm that the tickets.ie / Centra / Supervalu allocation of Stand Tickets for the Munster Senior Hurling Championship game between Tipperary and Limerick have now sold out. The remaining Stand Tickets remain with the participating County Boards and in the unlikely event of these tickets being returned, they will be put on public sale via tickets.ie / Centra / Supervalu. Terrace Tickets for this fixture remain on sale with Limerick being allocated the Town End Terrace and Tipperary allocated the Killinan End Terrace.

Tipperary SH & MH panels announced for this Sunday https://t.co/BwLMY3ttxF
Best wishes to both panels and management!

Tipperary (6 points) are guaranteed to remain in the All-Ireland race, irrespective of the result, and are also well placed to book a place in the Munster final. A win or draw against Limerick would take them into the final and, even if they lose, they are still in with a great chance of getting there.

The following are parking facilities available for people attending the Munster Senior Hurling Championship, Tipperary v Limerick in Semple Stadium on Sunday the 16th of June 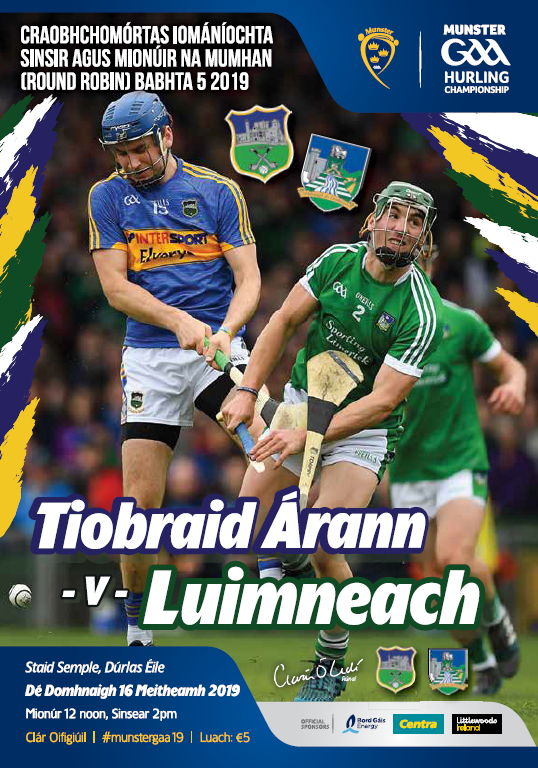