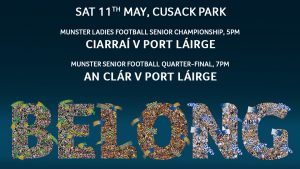 Clare defeated Waterford by 0-9 to 0-8 in the Munster Senior Football Championship Quarter-Final on Saturday May 11th at Cusack Park Ennis.

Clare secured safe passage to a fifth Munster semi-final meeting with Kerry in six years, but what they produced in this desperately poor provincial quarter-final fixture won’t be anywhere near sufficient to even remotely trouble Kerry.

Ahead by 0-8 to 0-2 at the break, Clare moved six in front thanks to a Jamie Malone point on 39 minutes. It was to prove, however, their last score of the game as the winners became terribly ponderous and cumbersome in their play. Clare’s forward unit – the full-forward line, in particular – lacked any element of penetration in their play.

There were also five second-half wides, just to further compound matters. No score in the closing half an hour is a fairly damning indictment of any performance, even if the side responsible for it end up in the winners’ enclosure.

Dessie Hutchinson (free) and Conor Murray sniped a pair of points for the Déise to leave five between them on 41 minutes and another 14 minutes would pass before the crowd of 2,136 were treated to a score.

Subsequent efforts from Dessie Hutchinson (free), Tadhg Ó hUallacháin and JJ Hutchinson (0-2) had the margin down to the minimum deep in second-half stoppages. Waterford, though, were unable to fashion an equaliser and so they once again head for the qualifiers.

The first-half was a most forgettable affair, at the end of which the hosts held a commanding 0-8 to 0-2 lead. Waterford’s tactic was to pour men behind the ball at every opportunity, but little good it did them as the visitors to Ennis went the first 19 minutes without managing to raise a flag of any description and finished the half with a paltry total of two points.

Clare found scores much easier to come by, with Eoin Cleary on target four times in the opening 20 minutes, this tally split evenly between open play and dead-ball efforts.

The Miltown-Malbay centre-forward, really on form in that opening half, added a fifth point on 20 minutes. Twenty-two minutes had elapsed before a Clare player, other than Cleary, split the posts – Jamie Malone, set-up by Cleary, putting a second name on the Banner scoresheet.

Half-back Dean Ryan, at the end of a sweeping move involving Gary Brennan and Gavin Cooney, supplied their last point of the half, leaving Waterford with a six-point target to chase and one which they almost clawed back.

Tickets available to purchase in advance via tickets.ie, Centra and Supervalu outlets.

The Waterford Senior Football Panel to face Clare tomorrow night has been named!

Best of Luck to Benji Whelan, his management team and all the panel! #deiseabú
⚪️🔵 pic.twitter.com/zNGZ67qsyM

A guide to the @MunsterGAA Senior Football Championship which commences on Saturday evening! 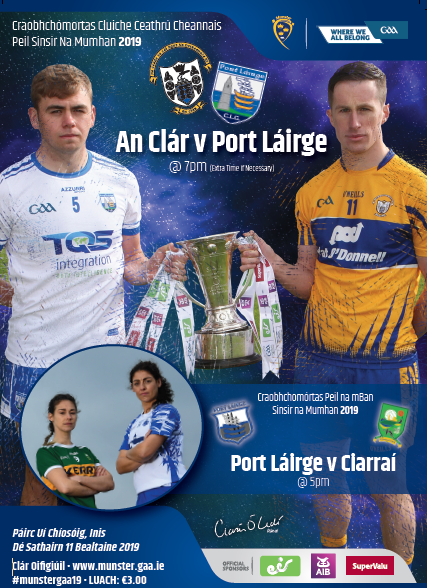