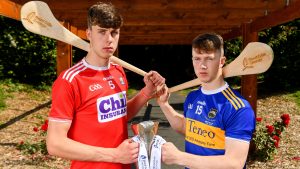 Tipperary defeated Cork by 3-15 to 2-17 in the Bord Gáis Energy Munster Under 20 Hurling Championship Final on Tuesday July 23rd at Semple Stadium Thurles.

Check out the highlights from a thrilling @BGEGAA U20 Munster Final here! pic.twitter.com/bHCz52l8G2

Report By Declan Rooney at Semple Stadium for GAA.ie

Jake Morris fired the winning goal in the third minute of added-time as Tipperary defeated Cork.

Cork looked certain winners when Evan Sheehan hit their second goal a minute from time, but a Darragh Woods point and Morris’s goal secured victory for Liam Cahill’s side.

With a very strong breeze blowing directly across the pitch both teams found shooting difficult and had amassed 13 wides between them by the interval, but scores at each end from Andrew Ormond and Daire Connery got them both of last year’s All-Ireland finalists off the mark.

For the most part in the opening quarter the Cork defence dominated the Tipperary forwards under the high ball, but four minutes in Billy Seymour gained a rare victory in the air ahead of Eoin Roche. Roche blocked his shot at goal, but Seymour picked out Conor Bowe from the rebound and the Tipp corner-forward put his side 1-1 to 0-1 ahead.

Cork’s best period of the game followed in the next 15 minutes though, and with Craig Hanifin and O’Regan particularly influential they held a 1-8 to 1-3 lead as half-time approached. The goal arrived in the 14th minute when Sean Twomey caught O’Regan’s crisply struck sideline cut and hit the net on the turn to give Cork their first lead of the game. Ryan Walsh, Twomey and Hanifin pointed in quick succession to give Cork a healthy four-point cushion.

The early introduction of Kian O’Kelly helped Tipperary up front and with his physicality in the mix, Jake Morris also began to have a greater influence.

At the other end Cork could have delivered the killer blow eight minutes from the break. O’Regan’s powerful running saw him create a one-on-one chance with Aaron Browne, but his blistering shot was brilliantly deflected over the bar by the Tipp stopper – via the back of his head.

That save inspired Tipperary to a three-point run of unanswered scores with two Morris frees and a Gearóid O’Connor point after Cork failed to clear a sideline cut.

Crucially just before half-time the third goal of the game was scored by Tipp. Seymour’s sideline cut was gathered at the back post by O’Kelly and after he crashed past a couple of Cork tackles, he bounced the ball twice on his hurley before he flicked to the net over the advancing Ger Collins. It was a stunning goal and it drew Tipp level at half-time, 2-7 to 1-10.

The arrival of Simon Kennefick and a half-time reshuffle saw Robert Downey moved to full-forward for Cork and the change helped his side to the first three points of the second-half, with Brian Turnbull, Twomey and Hanifin on target as Cork reclaimed the lead.

At the other end of the field Morris was also briefly moved in to the edge of the square and his creativity almost produced a goal for Seymour, but a brave block by Sean O’Leary Hayes denied the full-forward, although Jerome Cahill did claim a point.

An excellent point from Morris in the right corner drew Tipperary level in the 46th minute and when Brian O’Mara charged out of defence and pointed from distance the defending champions were back in the lead.

The loss of O’Regan to a leg injury in the 45th minute was quickly followed by the withdrawal of Downey – one of two Cork players with senior experience – and although Bowe stretched Tipp’s lead to two, Twomey won a free at the other end to halt their 12-minute scoreless streak.

Substitute Padraig Power was less than two minutes on the field when he pulled Cork level with with minutes remaining, but Tipp reclaimed the lead again with an excellent Bowe point. A minute from time a long ball from Kennefick was broken in the Tipp square and his fellow substitute Evan Sheehan pulled first time to the net.

Evan Sheehan hits the back of the net for a second goal for Cork! pic.twitter.com/KSxzrA9RAL

That looked to be the clincher, but in the third minute of added time Bowe picked out Morris and he blasted to the net to give Tipp a memorable victory.

Jake Morris with a match winning goal for Tipperary! pic.twitter.com/KIJonrcA7o

Please note this is a general admission fixture. Entry via the Ó Riain (New) Stand only.

Click here to buy tickets or tickets can be purchased via participating Centra or Supervalu outlets. 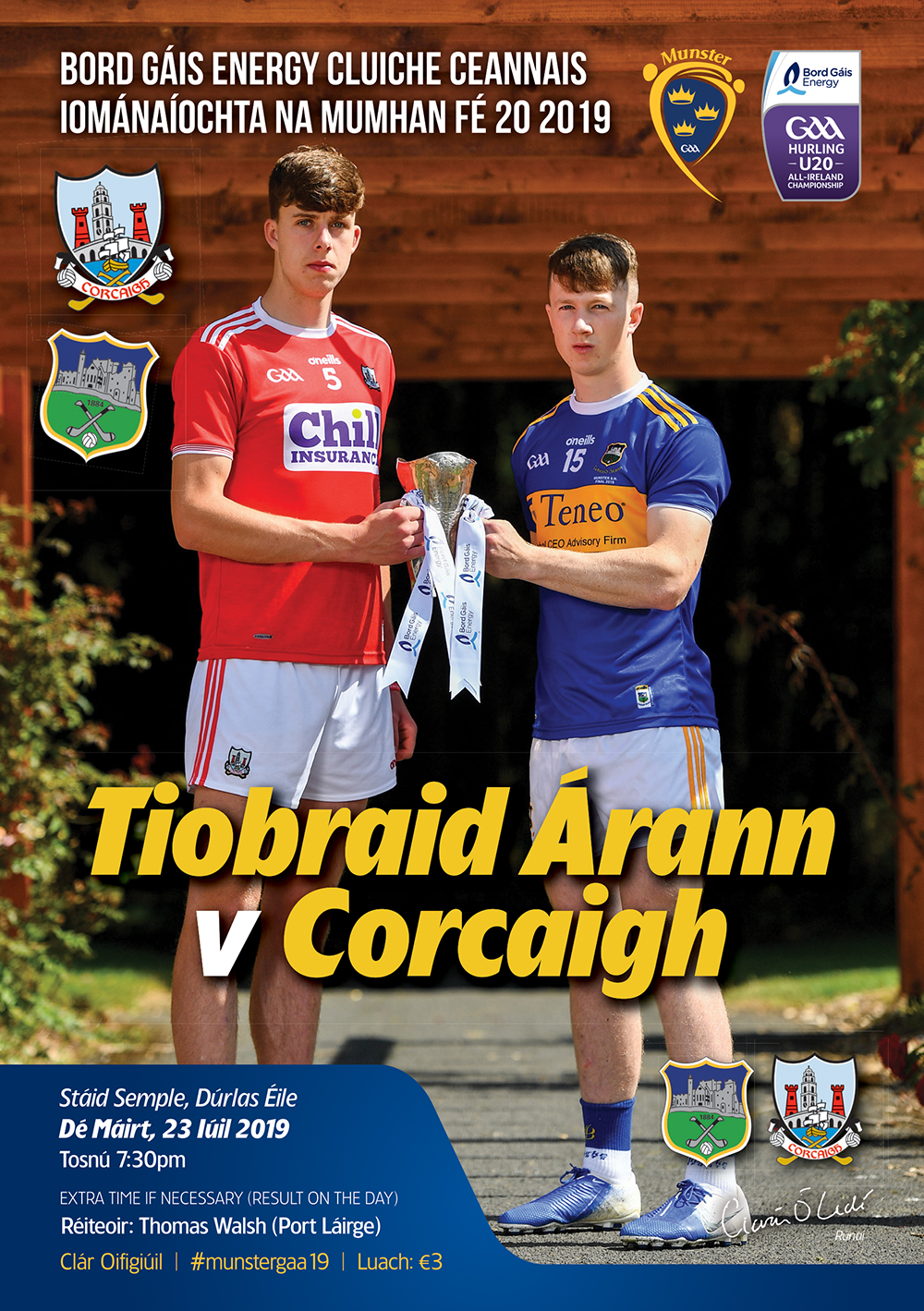