The 32-year-old has added massive experience to the Kildare ranks this year and they have a perfect record in the Lidl NFL before welcoming Wicklow to Hawkfield in their rescheduled fixture on Sunday.

Kenneally would still love to be representing Waterford but her hectic schedule meant something had to give. She is an instructor in cadet school for the Defence Forces while also studying a Masters in IT Carlow.

The Araglen native was about to hang up her boots before the Lilywhites came calling, and now she looks forward to a prosperous future with them.

“I am still really good friends with the Waterford girls,” said Kenneally.
“Even though I have changed counties it’s all on good terms. Both counties have been very supportive.”

Kenneally made her Waterford debut in 2007 and played her last game for them two years ago. It was 14 July when Waterford came unstuck against Westmeath in a crucial TG4 All-Ireland Championship round robin tie at MacDonagh Park in Nenagh.

Unfortunately for Kenneally she damaged the cruciate ligament in her right knee during the course of that game. It was the second time in her career that injury had struck, and she would never play for Waterford again.

By the time she was fit again, the four-hour round trip to Waterford each evening for training had become unsustainable. She was originally a PE and Maths teacher at Presentation Secondary School in Wexford Town. But after two years of being stuck in a classroom Kenneally decided to follow her sense of adventure.

Having bundles of energy, fitness and a work ethic to match, a life in the Defence Forces called out, and she made the plunge in September 2012. Kenneally moved to the Curragh as part of the 89th cadet class and never looked back.

“I wanted a different type of a challenge,” she added. “The physical conditioning and training and that resilience and teamwork you build up through football came across for me. There was always a sports interest and that is why I went the PE route initially. It was a physical and mental challenge to join the military.”

The 15-month cadetship gave Kenneally a big grounding and she subsequently toured to the Golan Heights between Israel and Syria. She was platoon commander in charge of 30 personnel.

Tipperary hurler Patrick ‘Bonner’ Maher toured there at the same time, but so too were nine females and that’s where Kenneally sees a niche.

In her current role as cadet instructor, she is a commanding officer to Tipperary youngster Angela McGuigan. The Defence Forces are always on the lookout for more females to sign up and Kenneally knows that a Ladies footballer is the perfect candidate.

“For any female athlete, all of that physical training would stand to you in a career in the defence forces,” said Kenneally.
“I have never played inter-county against Angela before but I have played with her in the army team.
“Ciamh Dollard, who played for Laois and won an All-Star, she works in the cadet school at the minute as well. Siobhan O’Sullivan in Kildare is also an officer in the Defence Forces.

“Sue Ramsbottom won All-Stars galore for Laois, and Denise McDonagh who played for Mayo, they are past Ladies footballers who went to the Defence Forces.”

Kenneally thrived in her new post and when she returned from the Golan Heights in 2017 she looked to move up through the ranks. She started out as a cadet but now she is a captain and is second in command of the 96th class. When she came to Kildare in 2012 she continued to make the long trip to Waterford for training and matches at the weekend. She hooked up with the Eadestown club and away from the field, Kenneally wanted to improve her education too.

“I am a sucker for punishment, I like to keep myself busy,” said Kenneally. “I am doing a Masters in Education at the minute. It is a part-time course that is supported by the Defence Forces.

“They are supporting me to go back to college to do a masters and bring it back to the Defence Forces and improve our approach within.”

One Friday in every three weeks Kenneally goes to Carlow. She has 18 months of her two-year course complete but that means there is a 25,000-word dissertation on the horizon.

All things considered she couldn’t commit to Waterford anymore. But she is thrilled that Kildare have opened their arms and taken the forward in as one of their own.

“Waterford respected the decision I made. Coming up to Kildare, my home is in Naas, training is in Newbridge, I work in the Curragh. That is a 15-minute loop. It’s great.

“It is great to be able to make training after work. We are looked after well out in Kildare. They have food after training. We have a top-quality management and coaching set up.

“We train in Hawkfield which is a centre of excellence in Kildare. We are in the clubhouse with the camogie, hurlers and men’s footballers sharing food after training.

“They seem to have a united approach to GAA and Ladies football and the camogie as well. And we’re starting to get the results.” 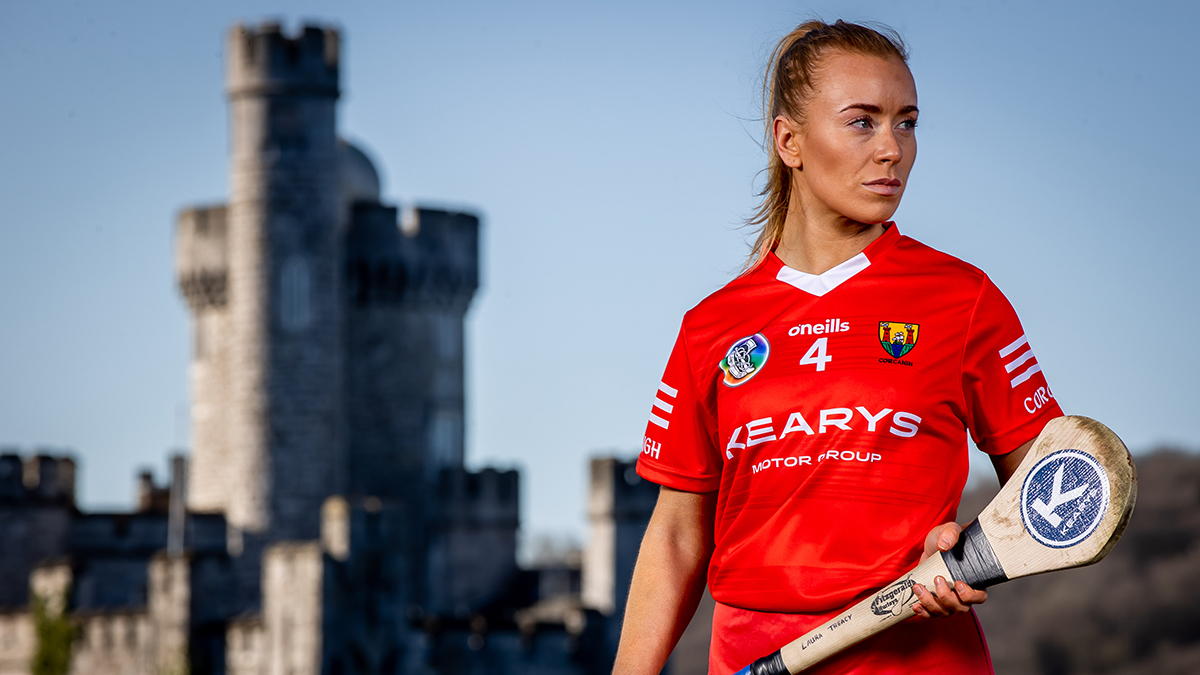