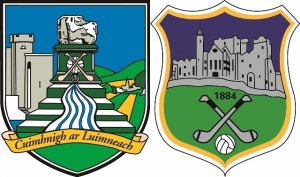 Limerick defeated Tipperary by 1-25 to 2-18 in the 2022 oneills.com Munster Under 20 Hurling Championship Final on Wednesday May 4th at the TUS Gaelic Grounds Limerick.

Limerick’s grip on the hurling world has extended to U20 level as the Treaty youngsters put together a superb across-the-board performance to secure Munster glory.

In front from the first minute all the way to the final whistle, Limerick’s advantage was never less than two from the third minute on.

The winners’ scoresheet also captures the impressiveness of the Limerick display as three defenders, both midfielders, and two subs were among the dozen boys in green to find the target.

At the head of the class were centre-back Ethan Hurley, who hurled an amount of ball, tireless corner-forward Shane O’Brien, and deadly accurate centre-forward Aidan O’Connor.

Behind by seven at the break, Tipperary reignited their challenge with a 37th minute Jack Leamy goal to close the gap to four, 1-15 to 2-8.

It was the first of four occasions that Tipperary got within two of Limerick across the second half. Crucially, though, they could never get closer for Limerick conjured an answer each time they felt Tipperary’s breath on them.

The aforementioned O’Brien delivered a couple of important second-half points, as did subs Patrick Reale and Patrick O’Donovan.

Limerick’s first Munster title at this age grade since 2017 has moved the county into the All-Ireland final where they will play either Dublin or Wexford on the weekend of May 21/22.

Tipperary were hanging on by a thread come the interval whistle, the visitors seven adrift when referee Niall Malone called for half-time. Off in the distance, their superior opponents were barely visible.

It was the two Limerick senior panellists still eligible for U20 – Colin Coughlan and Adam English – who owned the opening stages of this Munster final.

The towering Coughlan drew a foul as early as the 16th second, which centre-forward O’Connor converted. Following Coughlan centre stage was English, the Doon half-forward helping himself to 1-2 from play by the 7th minute.

His goal, in particular, was a superb individual score as he dispossessed Cathal Quinn and snapped the sliotar into his hand in the one movement before rifling the opposition net.

Tipperary went chasing goals early on when the point was the smarter option, but this green flag appetite and the space being created for their two-man full-forward line did eventually reap a goal on 17 minutes. Kyle Shelly did all the work, fielding and finishing.

Tipperary’s goal narrowed the gap to two. Limerick’s response, though, was to outscore the Premier by 0-7 to 0-2 from there to the break, including a run of five-in-a-row in the last six minutes of the half.

Easily the standout score during this Limerick sequence was their 12th point of the half as corner-back Evan O’Leary hooked the goal-searching Peter McGarry, Tipperary regathered possession but then Darragh Stakelum was turned over, with the play ending in a Shane O’Brien point. Aidan O’Connor followed suit with his fifth of the half to leave the interval scoreline reading 1-13 to 1-6.

The final scoreline would also be in their favour.

The Tipperary Under 20 hurling team to play Limerick in this Wednesday's Munster Final has been named. pic.twitter.com/SZ7KLPUysw 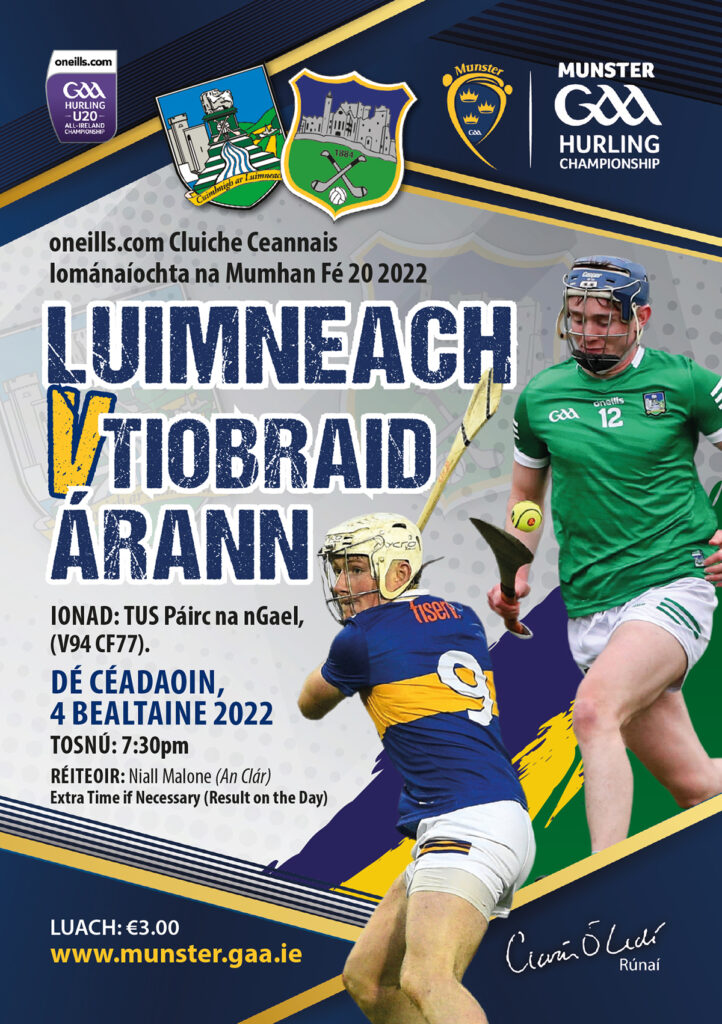