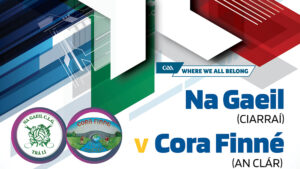 Na Gaeil are moving in an upward trajectory. Two years after being crowned AIB Munster club junior football champions, the Tralee outfit returned to Mallow today and added the provincial intermediate trophy to their cabinet.

Having just led by three points at the interval, 2-4 to 0-7, the pre-match favourites upped the ante considerably in the second-half to run out 18-point winners.

In the third quarter, they outscored Corofin 3-8 to 0-1, and it was game over.

Corofin, who made one change with Ross Hayes replacing the injured Damian Ryan were competitive in the opening half but they had no answer to the Kerry surge thereafter.

It was a terrific start from Corofin with Jamie Malone pointing after just 26 seconds, and they pushed forward again with Gearóid Cahill landing a free.

It may have taken Na Gaeil all of five minutes to get going, but when they settled they opened with a blistering shot from Diarmuid O’Connor high to the roof of the net following excellent approach play by defender Andrew Barry. Darragh Carmody and captain Eoin Doody extended their advantage, 1-2 to 0-2 after 10 minutes.

Corofin were up for the challenge and registered the next two scores, a mark courtesy of Gearóid Cahill and a free by his brother Diarmuid. They had a great opportunity to regain the lead but Robin Mounsey’s shot flew across the face of the goal and wide. Dan Goggin’s white flag put Na Gaeil 1-3 to 0-4 up at the first water-break.

The Kerry champions pushed further ahead, and again it was Diarmuid O’Connor – a threat up front – who parted to Jack Bourke and he finished superbly.

Then Diarmuid O’Connor drew a foul and Darragh Carmody’s conversion left them two goals clear on 22 minutes, 2-4 to 0-4.

But Corofin took over, scoring the next three points – Jamie Malone was outstanding and contributed twice – and for their admirable efforts they received a huge reception from the supporters as they went to the dressing-room 2-4 to 0-7 in arrears.

Na Gaeil resumed with a number of switches, including Diarmuid O’Connor moving to midfield and Okunbar marking Malone. It didn’t take O’Connor long to make his mark as he was involved when Fergal Barry found Jack Sheehan and the 19-year-old netted a mere 45 seconds after the restart. A marvellous brace of points followed from Sheehan, the game suddenly turning Kerry’s way, 3-6 to 0-7.

It was all-Na Gaeil. Sheehan scored his second goal, and a couple of minutes later they were awarded a penalty for a foot block which Darragh Carmody converted.

Darragh Carmody bagged Na Gaeil’s sixth goal two minutes from time. As the clock counted down, Damien O’Loughlin pulled a goal back for Corofin putting away a penalty following a foul on substitute Eoin Davoren.

Pick up a copy of the 16 page souvenir match programme for 2 euro. 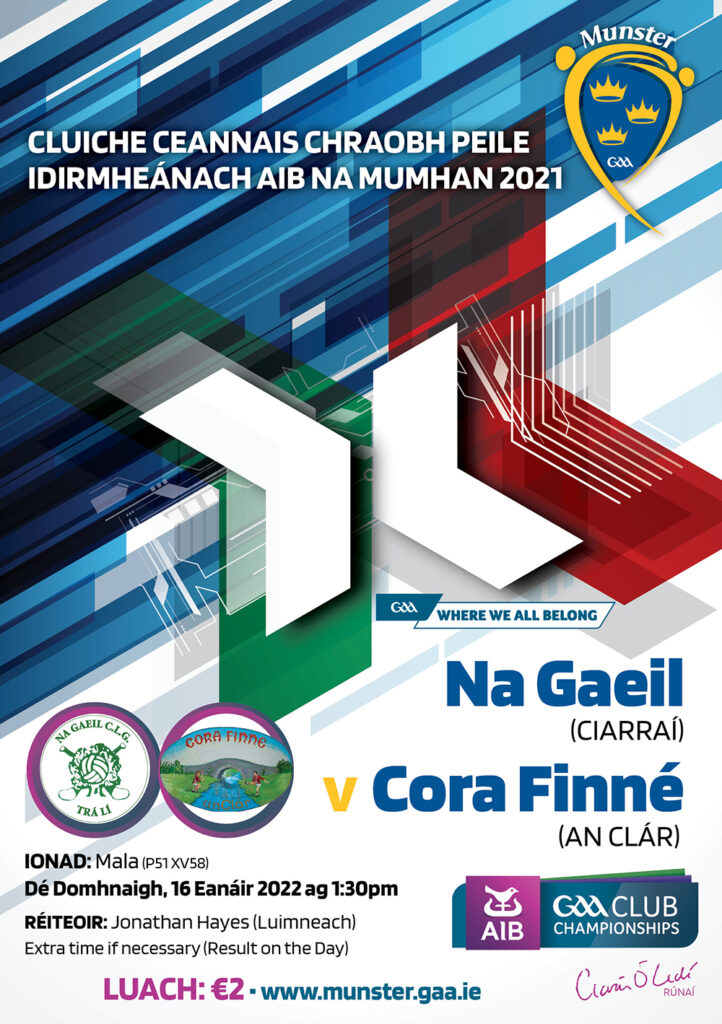