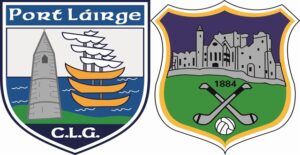 Tipperary defeated Waterford by 2-21 to 1-20 in Round 2 of the oneills.com Munster Under 20 Hurling Championship on Wednesday April 13th at FBD Semple Stadium Thurles.

Stellar Shelley lights up Semple to see off dogged Waterford

A powerful closing 10 minutes by Tipperary got them over the line against Waterford in a lively Munster Under-20 hurling championship tie at Semple Stadium, Thurles.

In a contest that was keenly fought all the way, Tipperary, helped by a Peter McGarry goal after 54 minutes, outscored their rivals 1-4 to 0-2 in that closing period to secure their spot in the semi-final, having already beaten Kerry in the opening game of the round-robin series.

While McGarry’s goal sparked the Tipperary surge, their star on the night was Kyle Shelley who registered 1-10 of their tally, the goal from play. His accuracy from placed balls, particularly from long-range, was decisive in the victory, which ensures Tipperary of home advantage in the semi-final against the runners-up in the other group.

There was nothing between the sides in a competitive first half. Scores were swapped in lively fashion, Shelley notching five for Tipp with Aaron Ryan scoring four for Waterford. Tipp led 0-12 to 0-11 at half-time, but it was very much anybody’s game.

Though Aaron Ryan had a levelling point for Waterford on resuming, Shelley netted for Tipp in the 32nd minute after good work by John Leamy and Paddy Creedon. Tipp had little time to celebrate as three minutes later, Padraig Fitzgerald finished off a neat Waterford move with a goal to tie the game at 1-13 each.

Fortunes ebbed and flowed with the sides level at 1-17 each after 50 minutes. Aaron Ryan then edged Waterford ahead but in the 54th minute Peter McGarry was set up by Jack Leamy for Tipp’s second goal. Shelley and Darragh Stakelum added points to put Tipp five points clear going into injury time.

A Sean Walsh point gave Waterford hope but Tipp responded with points from Kyle Shelley and Colm Fogarty to put the game beyond Waterford’s reach.

Tipperary answered serious questions about their character in this rousing encounter that was marred only by some slack shooting. While Shelley was the scoring hero on the night, the contributions of Peter McGarry, Paddy Creedon, James Armstrong, Conor O Dwyer, Darragh Stakelum and John Campion were also influential.

Waterford too were guilty of lapses near goal. They face with Kerry in their next outing to determine which side qualifies for the semi-final as runners-up in the group and could yet have a big say in the destination of championship honours. Padraig Fitzgerald, with 1-3 from play, was their top performer but Johnny Burke Aaron Ryan, Patrick Fitzgerald, Rory Furlong and Sean Walsh were also very prominent.

The Tipperary Under 20 Hurling team to play Waterford in Wednesday evenings Round 2 game has been named. pic.twitter.com/vh80pmnYLr

Don’t forget to pick up a copy of the match programme for 2 euro. 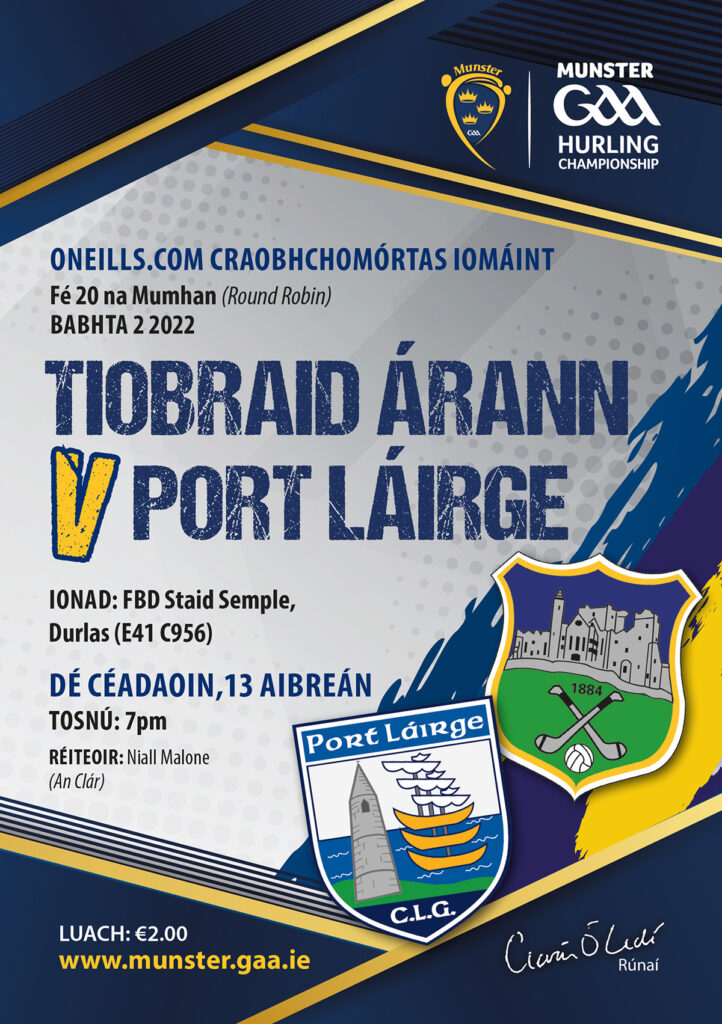