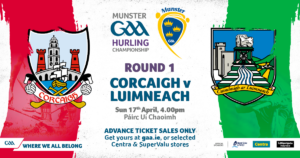 Limerick defeated Cork by 2-25 to 1-17 in Round 1 of the Munster Senior Hurling Championship on Sunday April 17th at Páirc Uí Chaoimh.

REPORT: A hungry looking @LimerickCLG got their Munster SHC campaign off to a very impressive start with a convincing win over @OfficialCorkGAA today. #GAABelong

All-Ireland hurling champions Limerick showed that their crown won’t be easily displaced as they enjoyed an 11-point win over Cork in their Munster SHC opener at Páirc Uí Chaoimh on Sunday afternoon.

Despite conceding an unanswered 1-2 in the opening six minutes, the Shannonsiders led by four points at half-time. Then, after Cork wiped out that deficit within three minutes at the start of the second half, Limerick scored ten of the next 12 points to put themselves into a position that would not be eroded.

Having only won one game, at home to Offaly, in the Allianz Hurling League, and with Séamus Flanagan and Peter Casey ruled out injured, there were some question-marks about John Kiely’s side and, when Shane Kingston’s goal after 12 seconds was followed by points from Shane Barrett and Patrick Horgan, there seemed a possibility that Cork would atone for the 16-point loss in last August’s All-Ireland final.

However, Limerick steadied with Diarmaid Byrnes landing three good points from wing-back while Tom Morrissey and the excellent Gearóid Hegarty gave them the upper hand in the half-forward line. They had the lead on 15 when Kyle Hayes – named at wing-back but starting as a roving full-forward – won a break from Hegarty’s delivery and worked his way goalwards before slotting home.

Cork responded well and moved two in front again but Limerick were level at 1-8 each when Aaron Gillane got his first point, a free, on 33. He followed that with a goal moments later after Hayes set him up when Cork were turned over in defence.

Cian Lynch’s point left it 2-9 to 1-8 at half-time, with Conor Lehane unlucky with a Cork goal attempt just before the break, but the Rebels came out with renewed vigour and points from Robbie O’Flynn, Barrett – with a shot brilliantly tipped over by Quaid – and Lehane (two) levelled the game. Unfortunately for them, it was the last time as Limerick’s grip around the middle saw them tack on point after point.

Defenders Barry Nash, Declan Hannon and Dan Morrissey were on target along with Byrnes while Lynch had a super effort while on his knees. Cork sub Alan Connolly did go close with a goal chance that whizzed wide, but Limerick replacements Cathal O’Neill, David Reidy and Pat Ryan all had scores as they eased clear.

They face league champions Waterford next Saturday night while Cork have two weeks to prepare for their clash with Clare in Thurles.

Tickets for this game have now sold out.

👀 Know where you are watching the game from tomorrow. Check your ticket

🏟 The stadium will open at 1pm.

🎫Please have your ticket ready by downloading it on your phone or printed ahead of arrival.

🎟 Everyone attending the game needs a ticket. One ticket per person. pic.twitter.com/VJHu1q423E

Round 1 of @MunsterGAA SHC will take place on Sunday with @OfficalCorkGAA vs @LimerickCLG The stadium will open at 1pm. pic.twitter.com/c8b1QFMjMx

Pick up a copy of the 56 page souvenir match programme on Sunday for 5 euro. 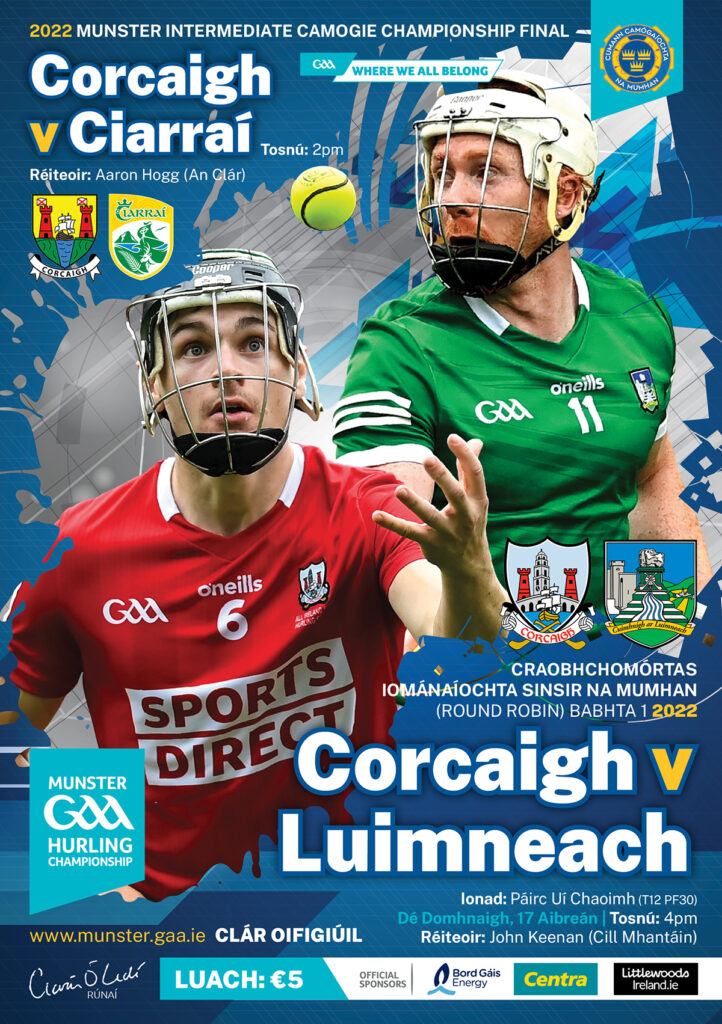