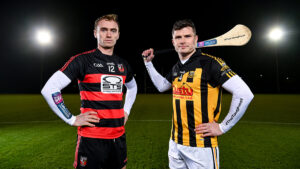 Report By Stephen Barry at FBD Semple Stadium for GAA.ie

Ballygunner’s teenage prodigy Patrick Fitzgerald was again the star man as the Waterford champions became the fifth club to win back-to-back provincial titles and the first since St Joseph’s Doora-Barefield in 1999.

Fitzgerald, fresh out of minor, wasn’t eligible for their All-Ireland success last February. Now the player dubbed Ballygunner’s hottest prospect since Paul Flynn is making up for lost time on the road back to Croke Park.

He has goaled in all three of his Munster championship appearances for a total of 3-9, 1-4 of that at Semple Stadium on Saturday, and won two man of the match awards. He departed to a huge ovation in the 59th minute.

Pauric Mahony added 0-10, three from play, as Ballygunner outscored Ballyea by 0-12 to 0-4 from the 34th minute to full-time. They have now won three of the last four Munster titles and knocked out Ballyea in their past three campaigns at provincial level.

Since their double-extra-time victory of 2018 over the same opponents, Ballygunner have evolved to a new level across their team and extended panel. They march into the final four in a fortnight’s time with confidence as they now bid to defend their All-Ireland title.

If body language was a sign of the threat Ballyea intended to pose to Ballygunner’s crown, Tony Kelly, who ended with 0-11, gave fair warning that they were aiming both barrels at the Gunners. He celebrated a 16th-minute levelling point with a double first pump; one to himself, the other to the 2,507 crowd. A moment later, he gave Paddy Leavey a pat on the back, hardly in consolation, after he was booked for his second foul on Kelly. That free put Ballyea ahead but for the last time in the match.

Ballygunner goaled from the puck-out, Mahony slipping in Fitzgerald who skittled the sliotar low to the net. 1-6 to 0-7 after 20 minutes.

Ballyea’s threat came almost exclusively from deep positions. Bar points from Pearse Lillis, Kelly, and Niall Deasy, their other eight first-half points all came from on or outside the 65. Lillis’s effort was their only point inside the 45 and that came under pressure on the old stand sideline. Stephen O’Keeffe’s goal never came under threat until Aaron Griffin flashed a shot across the posts early in the second half.

The bulk of the goal chances were Ballygunner’s. Peter Casey blocked a close-range shot from Dessie Hutchinson, Hutchinson miscontrolled with another sight of gal, and Brandon O’Connell robbed Patrick Fitzgerald as he eyed the net. Fitzgerald shot wide and forced a save from Barry Coote with two more early in the second half.

Their threat was more varied and based closer to green-flag danger than Ballyea’s. All six forwards registered from play in the first half as they defended that goal advantage to the half, 1-11 to 0-11 ahead.

Kelly and Mossy Gavin narrowed that gap to one but Griffin’s goal chance was as close as they got to a lead. From there to the end Ballygunner outscored them by 0-12 to 0-4. Fitzgerald provided three from play, Hutchinson two, and Pauric Mahony two more, supplemented by four frees. Kevin Mahony and Peter Hogan were the definition of industry in their work supplying those scores, while their back-line never allowed their goal to be troubled in the frantic final minutes of Ballyea pressure.

Kelly gave a majestic display for the first 40 minutes of this defeat, akin to his Munster final heroics for Clare against Limerick. But a missed 43rd-minute free from distance drew a gasp from the crowd, despite the high difficulty level, and his day ended in frustration.

Saturday’s match programme will be available at a cost of 3 euro. 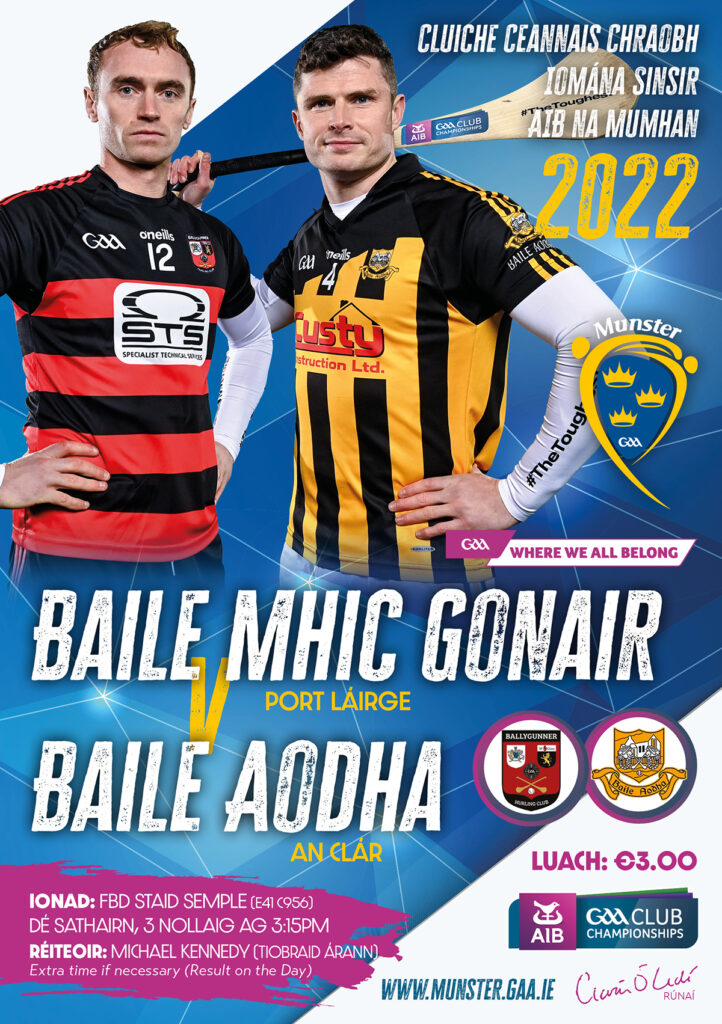