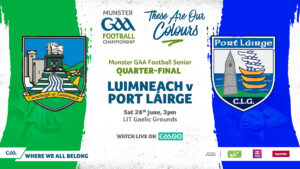 Limerick defeated Waterford by 4-18 to 0-12 in the Munster Senior Football Championship Quarter-Final on Saturday June 26th at the LIT Gaelic Grounds.

Report By John Fallon at LIT Gaelic Grounds for GAA.ie

Limerick advanced to a Munster SFC semi-final meeting with Cork in a fortnight after backing up their impressive league form to score an 18 points over Waterford at LIT Gaelic Grounds.

Billy Lee’s men were on top throughout and picked off some excellent scores and would have won by even more had they made all their goal chances count.

Limerick had the breeze behind them in the opening half and went in leading by 2-9 to 0-7, with six players getting on the scoresheet.

The two goals came from the Bourke brothers with Robbie giving Limerick the perfect start after three minutes when he finished to the net after good work by Cillian Fahy.

That helped them lead by 1-3 to 0-1 after eight minutes with Robbie Bourke pointing a free after efforts from Cian Sheehan and Danny Neville, while Jason Curry got Waterford off the mark with a free.

Sheehan and Hugh Bourke extended Limerick’s before Michael Kiely responded for Waterford while Neville saw another goal chance end with a point as Limerick continued to dominate.

Darragh Corcoran and another Jason Curry free gave Waterford hope but then just before the break Neville set up Hugh Bourke and he blasted home Limerick’s second goal to lead by eight at the break.

Darragh Corcoran got the opening score of the second-half for Waterford but two pointed frees from Hugh Bourke extended Limerick’s lead and then substitute Brian Donovan soloed through for a fine point.

Captain Iain Corbett slotted home a penalty for Limerick after Neville was fouled to lead by 3-12 to 0-8 after 49 minutes.

They pushed on from there and Fahy fisted home their fourth goal after 54 minutes after being set up by Donovan as they cantered home.

6 matches to be shown exclusively on GAAGO this weekend as the All-Ireland Championships begin.

Best of luck to Shane Ronayne, his management team and all of the panel!#deiseabú ⚪️🔵 pic.twitter.com/T2ScXvmRi1 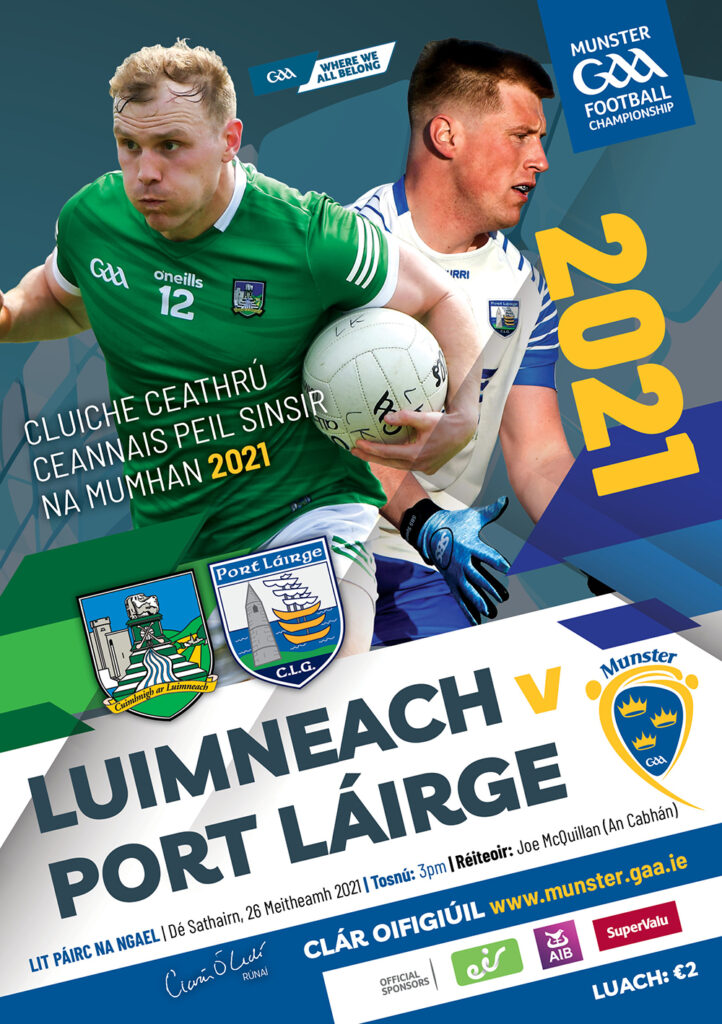 For those attending Saturday’s game, a match programme will be on sale in the LIT Gaelic Grounds for 2 euro.