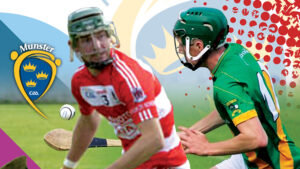 Kilmoyley this afternoon made history as the first Kerry side to win the Munster Club IHC title.

The same as they did at the end of regulation time when hitting four unanswered points, Kilmoyley finished the second period of extra-time so, so strongly to book an All-Ireland semi-final date with Ulster champions Banagher of Derry on Saturday, January 22.

Level at 0-21 apiece on 75 minutes, Maurice O’Connor struck his fourth point of this Munster final from an impossible angle to shove Kilmoyley in front as the finish line came into view.

Daniel Collins’ ninth free doubled their advantage before the same player, who was superb both in the air and from the placed-ball throughout, converted a ‘65 to seal a famous win for Kerry hurling.

Courceys went hunting for an equalising goal at the finish, but no green flag could they find.

Extra-time was required after Kilmoyley struck four unanswered points late on to bring them level with Courceys at 0-17 apiece. It was a most spirited finish from the North Kerrymen who had found themselves four in arrears as late as the 53rd minute.

The excellent Maurice O’Connor began their comeback a minute later, with Courcey Rovers’ Richard Sweetnam then missing a 56th-minute free that was oh so crucial in not putting the result beyond Kilmoyley’s reach.

O’Connor and sub Robert Collins reduced the deficit to one as the clock spilled into time added on, with Daniel Collins restoring parity for the eighth time on 61 minutes after sub Adrian Royle was fouled.

The same as their Munster semi-final, Courceys will have been most disappointed to not take care of the result in regulation time given they were the better side for all bar the last eight minutes of the second half.

The decision to bring Cork senior Sean Twomey out to the half-forward line was a factor in Courceys succeeding in putting a smidgen of daylight between the sides, Twomey showing himself to be an effective target man as he won more than one free that Sweetnam converted.

Five-in-a-row from Sean Guiheen’s charges in the third quarter moved them 0-13 to 0-9 clear by the 44th minute, the first of three occasions they would hold a four-point lead in the second half. It ultimately proved an insufficient advantage in the face of Kilmoyley’s unquenching heart and fight.

Courcey Rovers had led by the minimum at the end of an entertaining first half of hurling, three-in-a-row from the Cork champions between the 27th and 31st minute propelling them in front for the first time in proceedings in first-half stoppages.

There had been nothing to separate the teams during the opening quarter, the teams level on four occasions and deadlocked at 0-5 apiece when referee Michael Kennedy whistled for the water break.

Kilmoyley’s Paudie O’Connor was easily the standout performer of this period, the midfielder throwing over three from play inside the opening 10 minutes. Lively centre-forward Daniel Collins provided their remaining two points, both placed-ball efforts.

Courceys, though never falling more than two behind early on, were slower to settle into the fixture. Tadhg O’Sullivan hit an early brace for the Ballinspittle/Ballinadee men, with free-taker Richard Sweetnam also supplying a pair of white flags in the first quarter.

Kilmoyley upped the ante upon the resumption of play and twice came close to finding the opposition net. Their first chance fell to Kieran McCarthy, who was illegally stopped, while their second, a Maurice O’Connor flick, was well kept out by Courceys ‘keeper Stephen Nyhan.

Both passages of play ended with Kilmoyley points to take the Kerry champions two in front, 0-7 to 0-5, but, as noted, the final stages of the opening half saw a shift in momentum towards Courceys as Jerry O’Neill, Sweetnam (free), and Stephen Nyhan (free) pointed.

Kilmoyley got back on level terms within three minutes of the restart, eventually returning in front in the first period of extra-time.

Their win completes a historic weekend for Kerry hurling after the county seniors defeated Tipperary in the Munster SHL on Saturday.

Following the issues experienced earlier with the Live Streaming of the AIB Munster Club IHC and JHC Finals, anyone who signed up and paid for the game will
a) receive a refund tonight and
b) will still be able to view the entire game live via https://t.co/td7QTiMOOH. https://t.co/3vilN2zjOK

A 16 page match programme for Sunday’s game will be available at the TUS Gaelic Grounds at a cost of 2 euro. 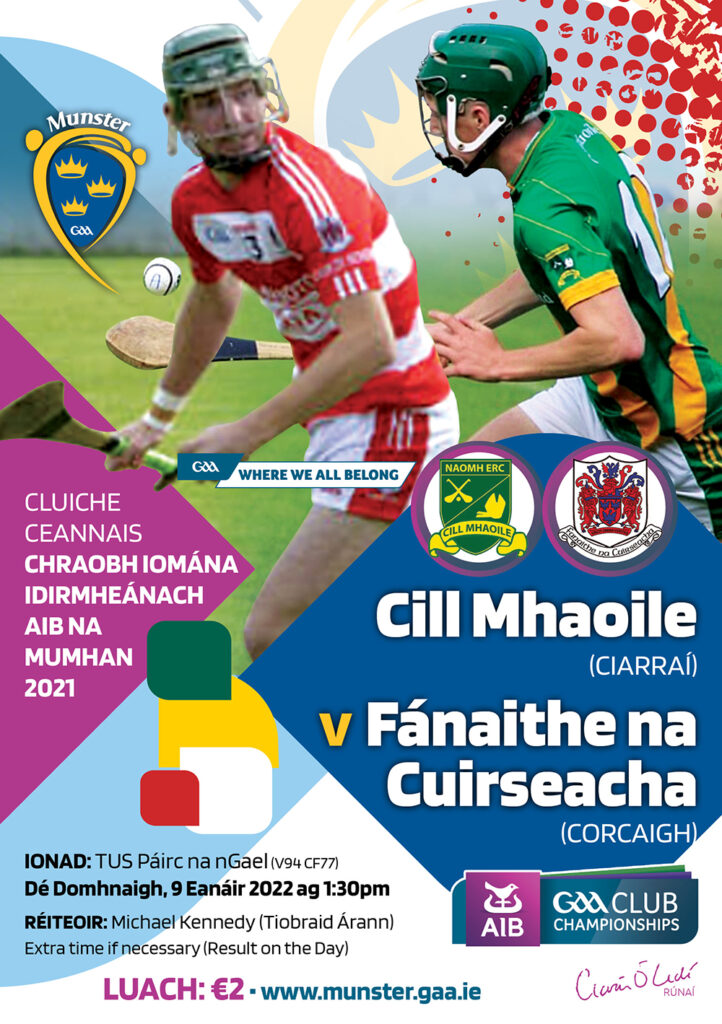