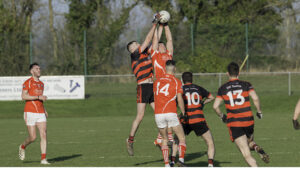 Corofin booked their place in the AIB Munster Club intermediate football championship after a pulsating encounter with Newmarket at a sun-drenched Mallow GAA Complex.

The Clare champions fought back from being three points down in the second half to take the win thanks in large part to the efforts of their corner forward Robin Mousney who scored five points from play just when the Banner side needed him most.

Corofin manager Douglas Hurley was thrilled with his side’s spirit. “When we were with them going into the final quarter I knew we were in with a great chance because these guys were always going to die on their feet. These lads have great legs, great determination and if we are in a game in the last 10 or 15 minutes we have no fear. I think we left the shackles off a little bit today as we weren’t favourites but we had no fear coming here. A slog wouldn’t have suited us so the conditions were perfect. We weren’t perfect of course, our shot selection was poor at times, has been the issue all year but we are in the final now and we will prepare for that.”

Corofin opened proceedings with the majority of the possession in the opening minutes however they struggled for scores before Damien Ryan eventually landed the opening point. Newmarket’s Kevin O’Sullivan missed a great goal chance seconds later but the Duhallow men pulled level on six minutes thanks to Barry O’Connor.

A superb team effort had Corofin back in front on 10 minutes but again it took just seconds for Newmarket to respond – this time Ryan O’Keeffe was the man on target.

Newmarket finally took the lead a minute later when O’Keeffe landed a free but the Banner boys were in no mood to roll over and a pair of frees from Gearoid Cahill had them back in front. A brilliant point from Jamie Malone had Corofin leading by two at the water break but again the Cork side pushed back and they won the second quarter going in at the interval up by 0-7 to 0-6.

Newmarket’s Ryan O’Keeffe bagged a brace of frees to open up a three point lead early in the second but credit to Corofin, they kept their shape and hunting in packs brought the game back to parity with 15 remaining.

Newmarket were dealt another body blow on 45 when Darren O’Keeffe saw red before another pair of points from Mousney, a free from Gearoid Cahill and a wonderful goal in added time from Diarmuid Cahill saw Corofin deservedly through to the provincial final. 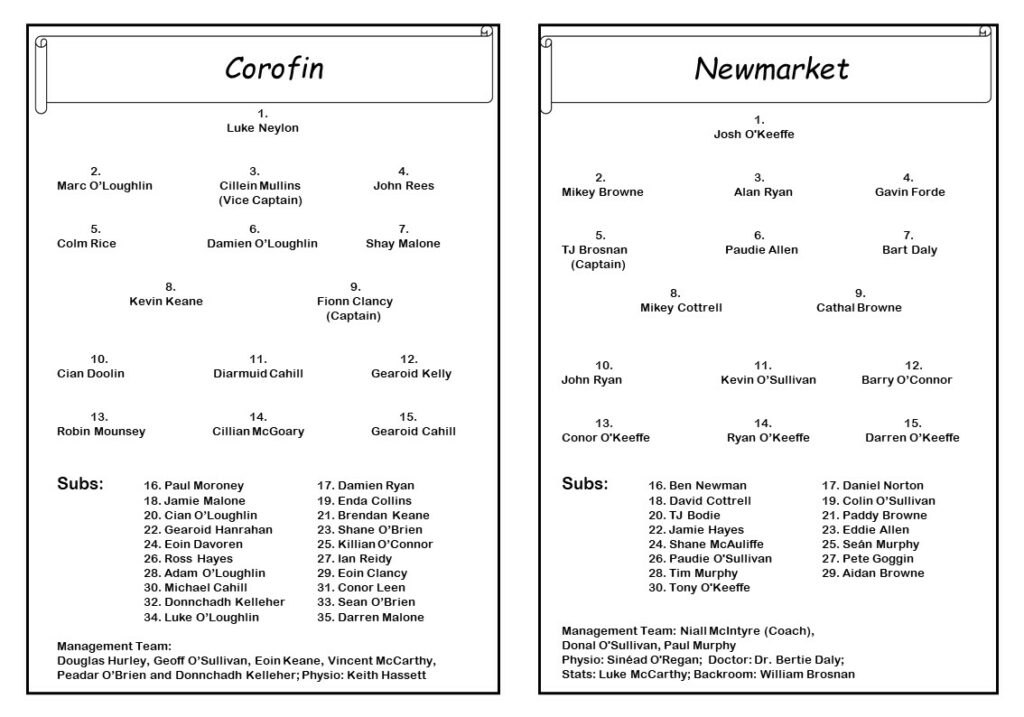