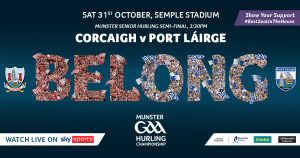 Waterford defeated Cork by 1-28 to 1-24 in the Munster Senior Hurling Championship Semi-Final on Saturday October 31st at Semple Stadium Thurles.

By Denis Hurley at Semple Stadium for GAA.ie

Waterford are in the Munster SHC final for the first time in four years after they saw off Cork at Semple Stadium on Saturday evening.

The Déise, who never trailed after the 14th minute, were given a boost as a superb goal from wing-back Calum Lyons put them six points in front early in the second half and they were able to hold off the Rebels from there.

The game began at a break-neck pace, with the first eight minutes producing nine points, Cork leading by 0-5 to 0-4 after Patrick Horgan’s first of the game despite playing against the not-inconsiderable breeze.

However, Waterford had garnered some momentum as Stephen Bennett (free) and a fine Calum Lyons point had drawn them level at 0-4 each and after Horgan’s score they reeled off four in a row to hold a 0-9 to 0-5 lead by the water-break.

Corner-back Shane McNulty, having a caught a puckout from his goalkeeper Stephen O’Keeffe, had the pick of those with Kieran Bennett, Jamie Barron and Austin Gleeson also on target.

When Stephen Bennett got his second after the resumption, they were five clear, but even at that early stage their wides tally was growing at a worrying rate, something slightly obscured by the fact that Cork were similarly wayward with their scoring efforts.

Horgan uncharacteristically sent a free wide in the 20th minute, though he did register just after that. And though Bennett made it 0-10 to 0-6 for Waterford with a free, midfielder Mark Coleman’s superb sideline cut and Horgan’s third had the Rebels back in touch by the 24th minute.

Once again, Waterford produced a burst, debutant Dessie Hutchinson with his second before three consecutive Bennett frees and a 0-14 to 0-8 lead put Cork under pressure with five minutes left to half-time.

They produced a strong response though, scoring four of the five points before the break, with Shane Kingston contributing two smart efforts from the flank while Coleman nabbed his second after Horgan did well to pick him out.

Waterford went to the dressing room with a 0-15 to 0-12 advantage but having shot 14 wides to Cork’s nine, there was a sense that it wouldn’t be enough given that they had to face the wind for the second period.

However, they held their own after the restart, four points even shared in a similar helter-skelter start to the first half, before the impressive Lyons – who had already scored two points from wing-back – drove up the right flank and held off the Cork pressure before sending a drop-shot past Anthony Nash for a 1-17 to 0-14 advantage.

Calum Lyons finds the back of the net for @WaterfordGAA! pic.twitter.com/ODKc0ZwQUr

That lead was extended further as Jake Prendergast and Bennett were on target to move Waterford eight points clear but, as in the first half, Cork responded well. Séamus Harnedy, quiet up to then, had two points in quick succession and Christopher Joyce seized upon a Waterford defensive error to send another point over.

However, Bennett’s frees were ensuring that Waterford kept some breathing space, with the goal continuing to provide them with a cushion. By the time of the second-half water-break, they were 1-22 to 0-20 ahead and, though Shane Kingston had his fourth for Cork when the action picked up, Waterford scored three of the next four.

The indefatigable Jamie Barron was involved in two of those, his surging run winning a free for Bennett while he brought his tally to three points on the hour after a loose Cork clearance went to Bennett, who fed the midfielder.

As the game moved into injury time, they had moved 1-27 to 0-23 in front, Dessie Hutchinson bringing his tally to three points, and when Cork were awarded a 20m free, Horgan’s goal attempt was repelled.

In the fourth of the four minutes of injury time allotted, Cork were back to within three when Horgan drilled an effort from further out to the net but sub Patrick Curran ensured that Waterford wouldn’t be denied. 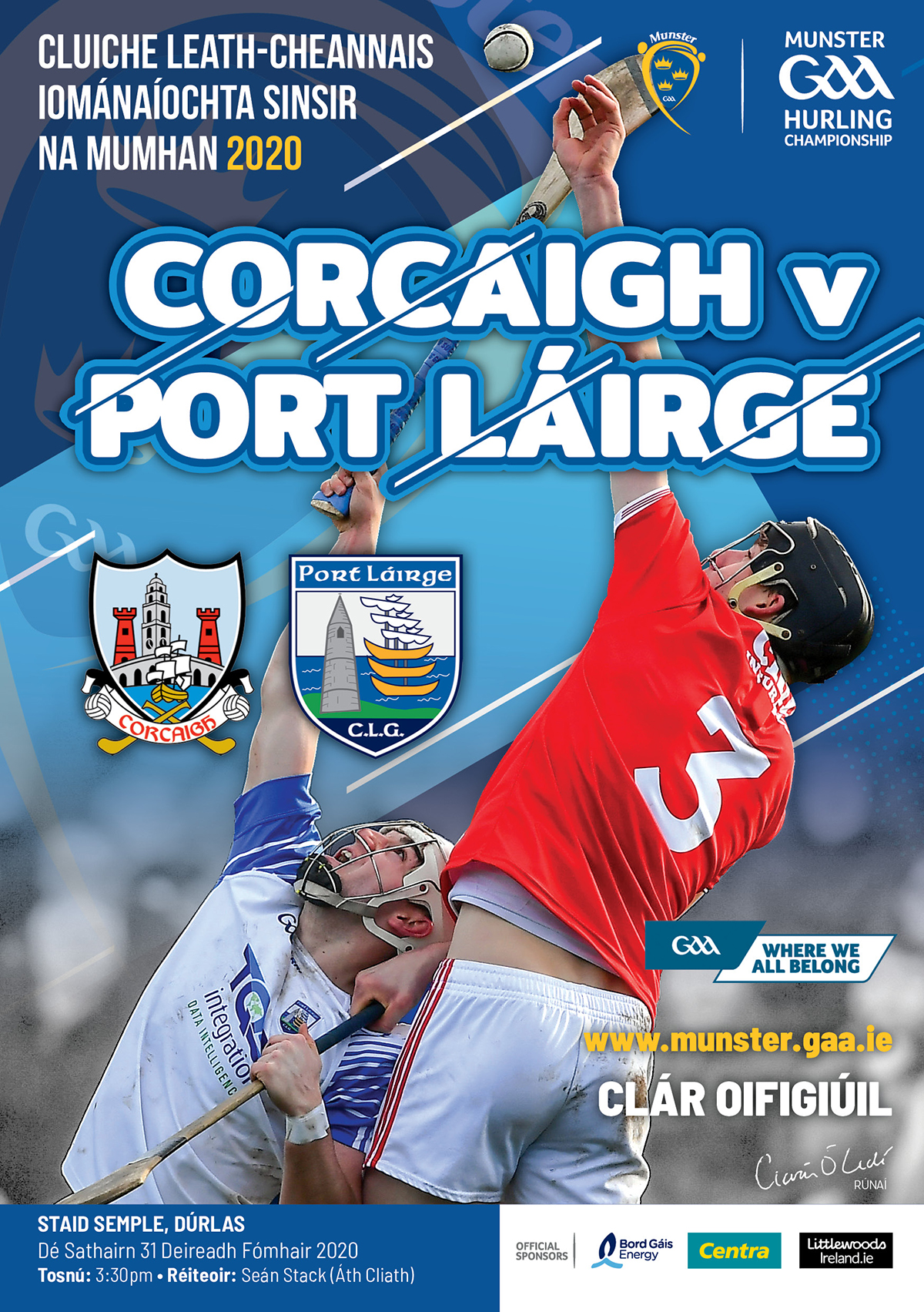 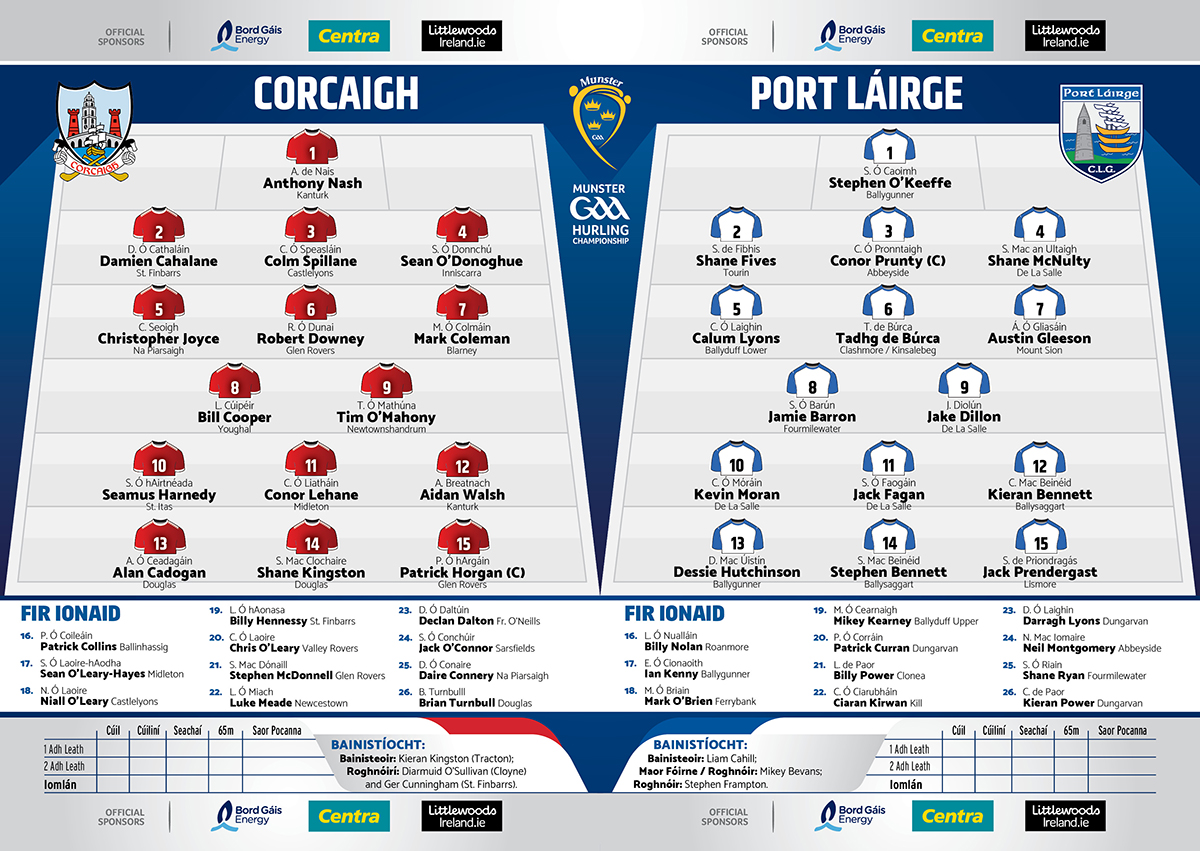 The Waterford Senior Hurling Panel to face Cork this Saturday at 3:30pm in Thurles has been announced…

Best of Luck to Liam Cahill, his management team and all the panel!#deiseabú
⚪🔵https://t.co/u8h3GzkBtX pic.twitter.com/AlEsvefDRr