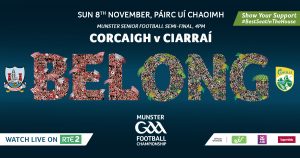 Cork defeated Kerry by 1-12 to 0-13 in the Munster Senior Football Championship Semi-Final on Sunday November 8th at Páirc Uí Chaloimh.

REPORT: There was no shortage of @MunsterGAA SFC drama as Mark Keane's last gasp goal earned @OfficialCorkGAA a win over @Kerry_Official #GAA

Report By Denis Hurley at Pairc Ui Chaoimh for GAA.ie

Mark Keane was the hero for Cork as his late goal gave the Rebels a first Championship victory over Kerry since 2012 on Sunday.

Deep into injury time in extra time at Páirc Uí Chaoimh, the Kingdom looked to have done enough to progress to the Munster SFC final as they led by 0-13 to 0-12, but Cork sought to engineer one last chance. After Seán Meehan linked with Damien Gore, he laid off to Luke Connolly, who sent in an equaliser attempt from the left, but it lacked the direction needed.

However, the ball fell to Keane – who plays Australian rules for Collingwood – and he slotted home to spark wild celebrations. It was shades of 1983 and Tadhg Murphy’s late winning goal to end eight years of Kingdom reign in Munster, and it means that Cork will face Tipperary in the Munster final in a fortnight.

Incredibly heroic GOAL by @OfficialCorkGAA's Mark Keane in the dying seconds of extra time to win the game for the side!! pic.twitter.com/eyBrnBJ67z

Having scored the final two points in normal time to send the game to extra time, Cork’s race looked run as points from captain David Clifford and Killian Spillane (two) ensuring they stayed on top in the additional 20 minutes, while another sub, Tommy Walsh, made his presence felt by winning two kickouts. In such a tight game, though, there was always the possibility of a late twist and so it proved.

Kerry enjoyed the better start, with Clifford putting them ahead in the fourth minute from Seán O’Shea’s pass after Cork sloppily gave possession away from a sideline ball.

However, chances to extend the lead were wasted as O’Shea miscued a free and then sent a 45 wide. While Cork were sitting back, they were doing enough to contain Kerry and they levelled when Mark Collins found Brian Hurley, who claimed a mark and slotted over.

Kerry almost replied with a goal as O’Shea’s pass allowed Brian Ó Beaglaioch to run at the Cork defence and though his shot was saved by Micheál Aodh Martin, Ronan Buckley was on hand to put the loose ball over the bar.

When Cork did have possession, often they were forced backwards as they sought to hold the ball first and foremost. On the occasions that they could break the line, they showed signs of danger, as when Killian O’Hanlon found John O’Rourke and he in turn set up Mark Collins for a leveller on 19 minutes.

Again, Kerry responded well as Paul Murphy – impressive on breaks from kickouts – set up Clifford for his second but Cork tied at 0-3 each through Seán Powter after another good move.

The visitors had the lead for the fourth time through Dara Moynihan, set up by Peter Crowley, in the 24th minute, and there was a two-point lead for the first time when Clifford sent over the free that resulted for a foul on Tony Brosnan.

Cork didn’t panic though and began to get a foothold in the middle as they pressurised the Kerry kickout. That led to them finishing the half with three unanswered points as Collins (free) and Killian O’Hanlon (45) had the game level before captain Ian Maguire combined with wing-back Kevin O’Donovan, who ensured that they led for the first time in the game.

While Tony Brosnan had Kerry level in the first minute of the second half, O’Hanlon landed a free to make it 0-7 to 0-6 for the Rebels as the rain began to bucket down.

They struggled to engineer chances to further the lead in the wake of that, but Kerry couldn’t draw level. Clifford had a shot which came back off the post and Mattie Taylor did well to stop Brosnan getting to the loose ball, while Clifford shot wide from a very scoreable free in the 50th minute.

Two minutes later, Kerry lost Ronan Buckley to a black card after a heavy-duty foul on Ian Maguire, but Cork were unable to take full advantage of their numerical superiority and Kerry sub Killian Spillane levelled with a good fisted point before Mark Collins put Cork back in front with a free.

Back up to the full complement, Kerry improved as the conditions did and, having been held scoreless up to then, Seán O’Shea landed a free to make it 0-8 each before linking with Jack Sherwood to put Kerry back in front. When Spillane got his second, Kerry were two in front and victory was in sight but Cork sub Luke Connolly ensured there was just a point in it as the game moved into injury time.

With Kerry down to 14 again after a black card for David Moran, Cork had the ball but there was a reluctance for anybody to take a shot. They remained patient though and when Powter was fouled, Collins sent over his fourth point to send the game to extra time.

It looked like Kerry had done enough, but Keane had other ideas.

'We've been through a lot, we were down in Division 3, we were getting abuse that was deserved' – Man of the Match Sean Powter hopes today's shock victory over Kerry is a stepping stone #rtegaa pic.twitter.com/1DEYxFdpjY 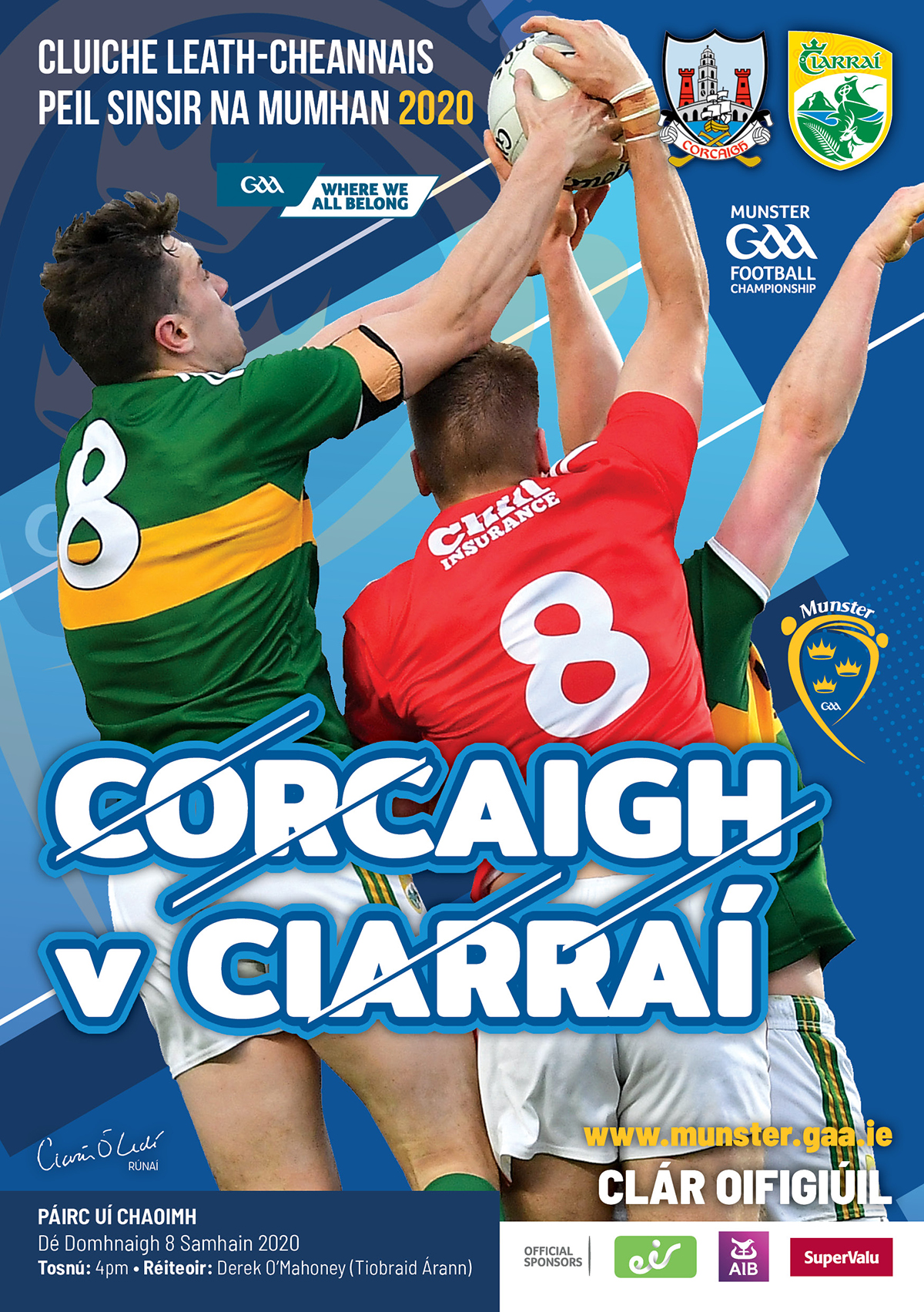 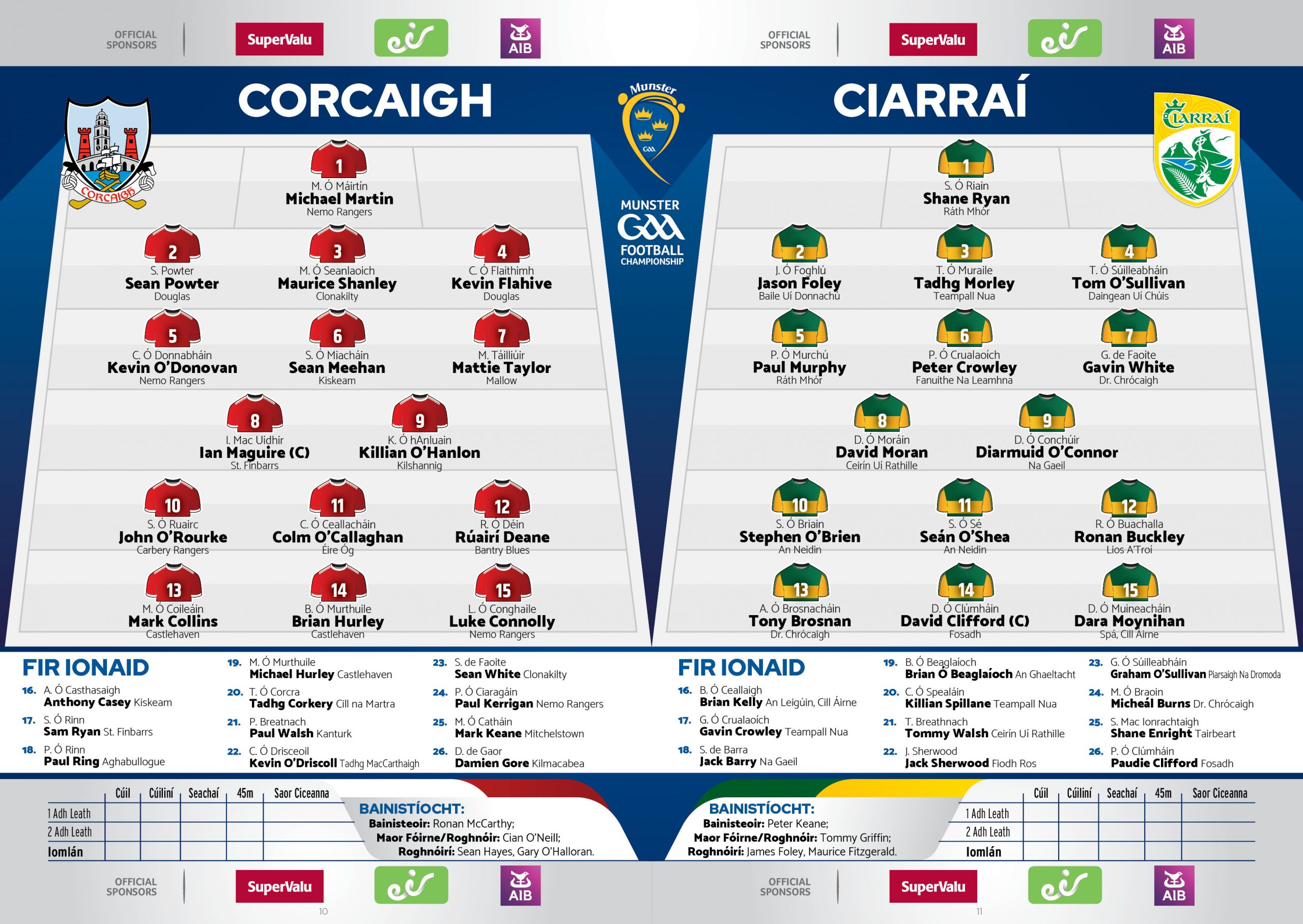