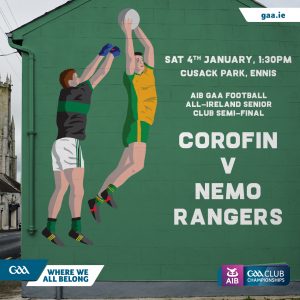 With this latest fence safely negotiated, Corofin are within one hour of becoming the first club football team to win three consecutive All-Ireland titles.

The back-to-back champions proved too strong, too fast, and too clever for Nemo Rangers in this afternoon’s All-Ireland semi-final, a game in which Corofin were never led, and they will now meet either Ballyboden St Enda’s or Kilcoo in the decider later this month.

A gap of 15 points separated Corofin and Nemo in the 2018 All-Ireland final and while today’s joust wasn’t half as one-sided, following Nemo’s opening score after all of 23 minutes, by which juncture their opponents had run up 1-4 unanswered, the closest the Cork and Munster winners came of Corofin was five points.

Nemo, behind by 1-5 to 0-2, were in trouble when returning to their dressing-room for the interval break, but rather crucially, they were still alive in this contest – if even only just. When this pair last locked horns, the men from North Galway had the game long won come half-time, ahead by 2-9 to 0-5. Corofin were once again the dominant side early on here, but had not managed to fully shake Nemo’s grasp over the first half an hour.

The back-to-back champions enjoyed the dream start to proceedings, Micheál Lundy putting the ball in the opposition net after just 34 seconds. Gary Sice and Martin Farragher were instrumental in the creation of the goal, an early indication of Nemo’s struggles in coming to terms with the pace and movement of their opponents. The goal was also telling in that it was the first time Nemo ‘keeper Micheál Aodh Martin had been beaten since mid-August.

Corofin’s aggression was also hurting the Cork and Munster champions, the pressure being applied in the tackle forcing Nemo into errors one would not associate with the men from Trabeg.

Corofin continued to punch holes in the opposition rearguard and come the 18th minute, the scoreline read 1-4 to 0-0 in their favour as Jason Leonard (‘45), Ronan Steede, Martin Farragher, and Gary Sice (free) split the posts. The latter would have been disappointed to miss an earlier run-of-the-mill free from the 20-metre line.

Nemo had to wait until the 24th minute for their opener, Alan O’Donovan finally getting them off the mark. Conor Horgan doubled their tally, with Bernard Power denying Barry O’Driscoll’s goal drive.

Corofin ratcheted back up the intensity upon the change of ends and could have had a second goal, but Micheál Lundy kicked wide at the end of a piercing move. Their wastefulness, at times, in attack is likely the one facet of this game which the Corofin management will hone in on ahead of the final. Nemo, too, spurned several point-scoring chances late on.

Lundy and Martin Farragher brought the Corofin tally to 1-7 early in the second-half and although Luke Connolly (free) and Kevin O’Donovan narrowed the gap back to five, the winners finished much the stronger.

Ian Burke, who had a relatively quiet afternoon by his standards, curled over a brace late on, with Mike Farragher landing a peach with the outside of the right boot.

On Corofin march, ominously so. 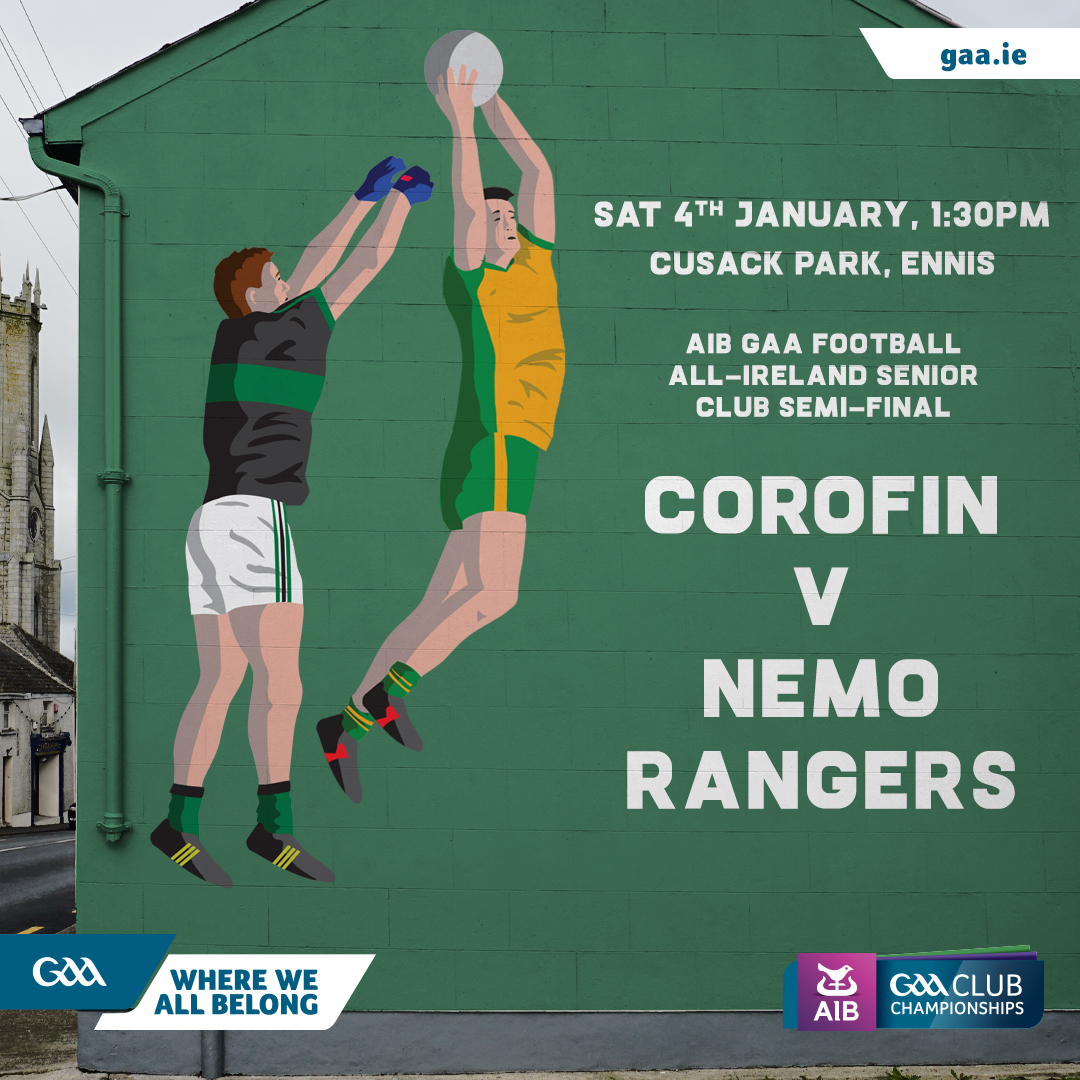