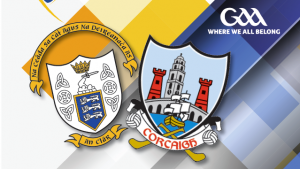 Cork defeated Clare by 3-9 to 0-14 in the 2019 Electric Ireland Munster Minor Football Championship Phase 2 on Wednesday May 15th at Cusack Park Ennis.

Cork minors a step closer to the Munster final after hitting Clare for three goals https://t.co/grMm0fxMLD

Report by Pádraic McMahon for the Echo newspaper

THE Cork minor footballers are likely to reach this year’s Munster final, assuming Clare are beaten by Kerry next week, after a victory in Ennis on Wednesday night in the first match between the counties since 2011.

Nothing separated the sides at the conclusion of an entertaining first half with a converted 45 from Jamie Stack ensuring it remained level. It was in this 30-minute spell that both forward lines impressed most.

At the other end, Clare captain Shane Meehan was proving to be a handful for the Rebels. Five scoreable frees were conceded on the electric full-forward.

Points from Meehan and Diarmuid Fahy put the hosts in front before three scores on the bounce via Corbett, O’Donovan and Hugh Murphy.

An example of Cork’s cohesion saw Corbett and O’Driscoll combining to set up O’Donovan to palm to the net. Patrick Campbell, with a superb shot off his right boot, had the Rebels one clear until Stack equalised.

Gabriel Rangers’ O’Driscoll fired to the top left of the Clare net on 40 minutes after tearing through. The introduction of the lively dual-player Jack Cahalane helped Cork push the lead to two points and it was put beyond doubt when fellow substitute Shane Ahearne struck home from an O’Driscoll pass.

Discipline is the big concern for Cork, they conceded 31 frees over the hour and picked up five yellow and one black cards.

The Cork Minor Football team to play @GaaClare in the @MunsterGAA Minor Football Championship Phase 2 Round 2, has been announced. The game will take place in Cusack Park, Ennis on Wednesday at 7pm. https://t.co/HCPQgmYU70 pic.twitter.com/k58dBvVr8v

Pick up a copy of the souvenir match programme for 2 euro. 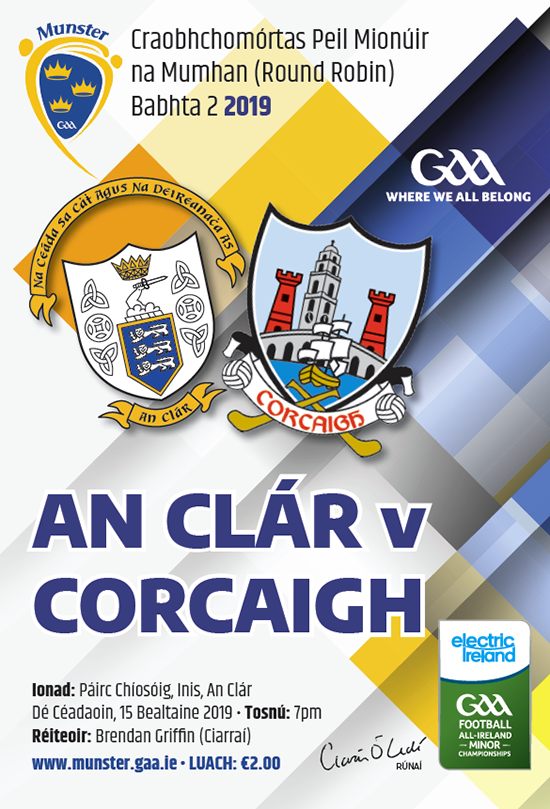