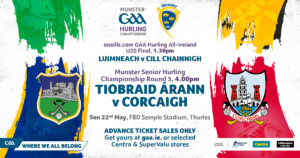 Cork defeated Tipperary by 3-30 to 1-24 in Round 5 of the Munster Senior Hurling Championship on Sunday May 22nd at FBD Semple Stadium Thurles.

Ruthless Rebels extend their summer with statement win in Thurles

Cork secured an All-Ireland preliminary quarter-final spot with this facile win over a meek Tipperary side in Thurles this evening.

Their last-six game against Antrim or Kerry will take place on June 11 or 12 and they will head into that with plenty of encouragement after a second morale-boosting performance in the space of a week.

The visitors, although you couldn’t tell that by their massive support in the 27,131 attendance, were up 2-14 to 1-9 at half-time. Tipperary’s opposition bordered on pathetic in the second half as Cork ran through them and scored almost at will. Conor Lehane was majestic in the opening half while Seamus Harnedy starred thereafter.

Tipp’s start was electrifying. Jake Morris batted to the net after 40 seconds when Mark Kehoe, realising he had more space than he initially thought, fed the onrushing Nenagh man. The hosts had 1-3 on the board before Cork were up and running.

However, the half and, in truth, the game turned in the 11th minute. After Kehoe had been fouled by Robert Downey, Noel McGrath’s penalty strike hit the post and Cork worked it up the field for Alan Connolly to claim his fourth goal in the Munster SHC. Hitting the third of six first-half points, Lehane levelled the game in the 13th minute, Robbie O’Flynn put Cork ahead shortly afterwards and seconds later Darragh Fitzgibbon drove the ball low past Barry Hogan after a powerful solo run.

Four points separated the sides up to the 24th minute when Cork turned on the after-burners, hitting Tipperary for seven in a row and twice having openings for goals cut out by Ronan Maher, one legitimately and the other ending in a Horgan free.

Tipperary scored the final three points of the half but it couldn’t hide their abjectness.

It's crunch time in the Provincial Hurling Championships this weekend with three teams already guaranteed a place in the All-Ireland series and another six vying for the remaining three spots. #GAABelong

Don’t forget to pick up a copy of the 60 page souvenir match programme for 5 euro. 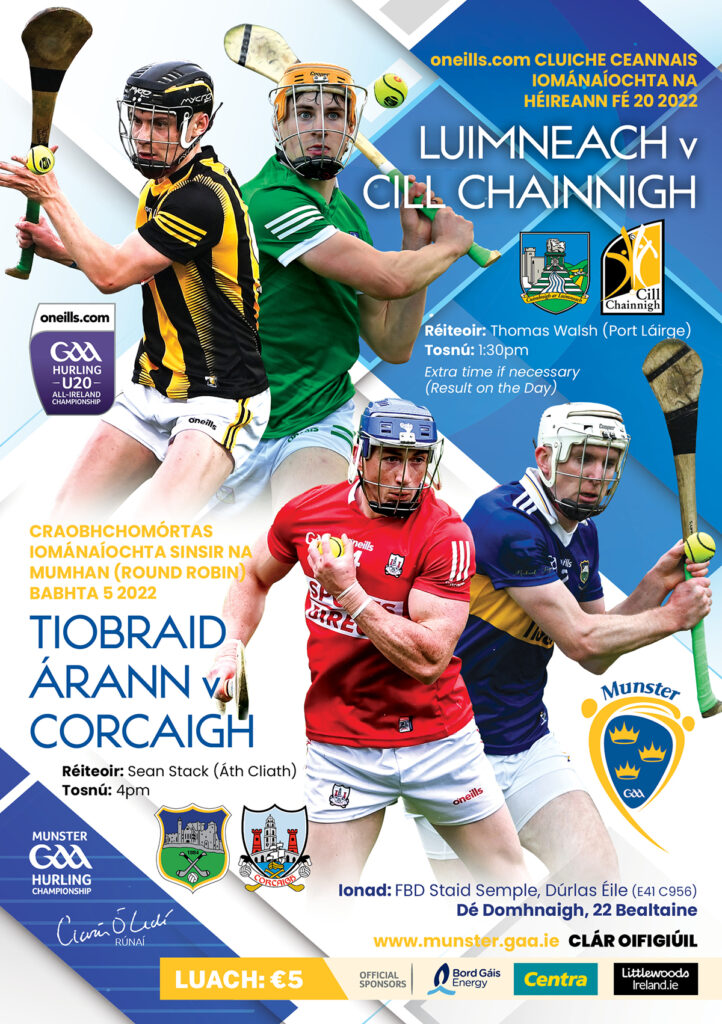 See below a list of available car parks in Thurles on Sunday.